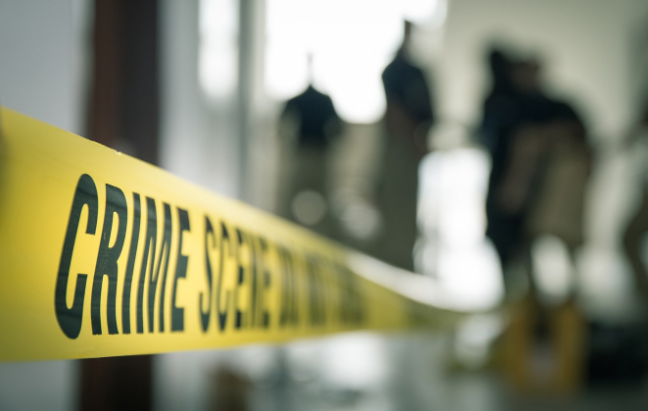 Violent crime has been rising at unprecedented levels for two years now, in cities all over the country. Each weekend, we see more bloodshed — and this past Fourth of July holiday weekend is no exception.

According to many prognosticators, the recent surge in violent crime that has ravaged small and big cities alike will only worsen during the summer months.  While many ignore this deadly wave and others prepare for its aftermath, we hope to stop it in its tracks. Our Violence Free Zone (VFZ) initiative, a unique youth violence-reduction/mentoring program in areas with high level crime and violence, holds the key.

Over the years, VFZ has served as a national model with a demonstrable track record of not only reducing violent incidents in schools and youth involvement in drugs and gangs, but also increasing attendance rates and academic performance.

Just one year after Bob Woodson and I started a Violence-Free Zone in 2005, the worst school in Milwaukee – notorious for high suspension rates and violence – had become the safest.

In fact, in the first two years of implementation, the Milwaukee public school system experienced a 23% reduction in violent incidents. According to the Milwaukee Police Department (2010), the number of auto thefts decreased by 25% between academic years 2006-2008 in the neighborhoods where VFZ was implemented in the local school.

What makes this program so effective?

We employ youth advisors— moral mentors and character coaches— who are from the same zip code as the students they serve. As a result, mentors have vital internal “street” knowledge and can easily identify the troublemakers. They are also able to gain the trust and respect of the youth, because the young people can see themselves— and the internal and external challenges they face— in their mentors in a way they cannot in their teachers or counselors.

Our mentors—once part of the problem but now part of the solution – take on the role of surrogate fathers and mothers, teaching valuable lessons and serving as real-life examples of the consequences of both a predatory and a productive lifestyle. Through their own transformation, our mentors inspire the students who were once leaders in self-destruction to become ambassadors of peace in their schools, neighborhoods, and families.

Growing up, my own role models were gang bangers and drug dealers. I know all too well that—without a positive figure in the home— many children easily fall through the cracks.

I was determined to create an environment for the students to see that, although I may not have known exactly what they were going through, my situation was similar to theirs and I could share with them what I did to get out of it.

In addition to these personal experiences, our mentors gain their trust by being a constant support system, making themselves available 24/7.

In 2007, I had a caseload of 40 students. I still talk to all of them today (although two of them have unfortunately lost their lives since that time). I’m the godfather to six of their children. If my students call me at 4:00 AM, I answer the phone. If I can’t go help them, I send someone else they can trust.

This is what it takes to meaningfully reduce violence among young people. Punishments can only apply pressure from the outside. To address the problem from within, young people need reasons to be peaceful that come from adults they trust and respect. When those adults can’t be found in their homes, the community must step up and fill in those gaps.

Empowering community leaders who carry moral authority to establish real relationships with vulnerable youth is both time and resource intensive. There are no shortcuts in this kind of work. But the results go far beyond reducing violence to revitalizing entire neighborhoods.

For example, in my own school district, we discovered that local families were struggling to file their taxes correctly, or even at all. So, we were able to get trained by the IRS as Tax Preparers and we prepared and filed taxes for those families. Over a few years, we brought in almost $3.3 million in returns for those households.

So I ask, on behalf of all the students whose lives I’ve seen change for the better: Join me in taking crime prevention seriously. Join me in taking these young men and women — and their struggles — seriously. Don’t write them off as lost causes; help them find reasons to be peaceful by resourcing leaders they trust to serve them.

We already know how to make our communities safer. We’ve done it before, and with support, we can make an even greater impact and ultimately help every neighborhood thrive.

Robert “Bob” Woodson is founder and president of the Woodson Center and editor of “Red, White and Black: Rescuing American History From Revisionists and Race Hustlers.”

Andre Robinson is the Director of Violence Free Zone for Milwaukee Christian Center.