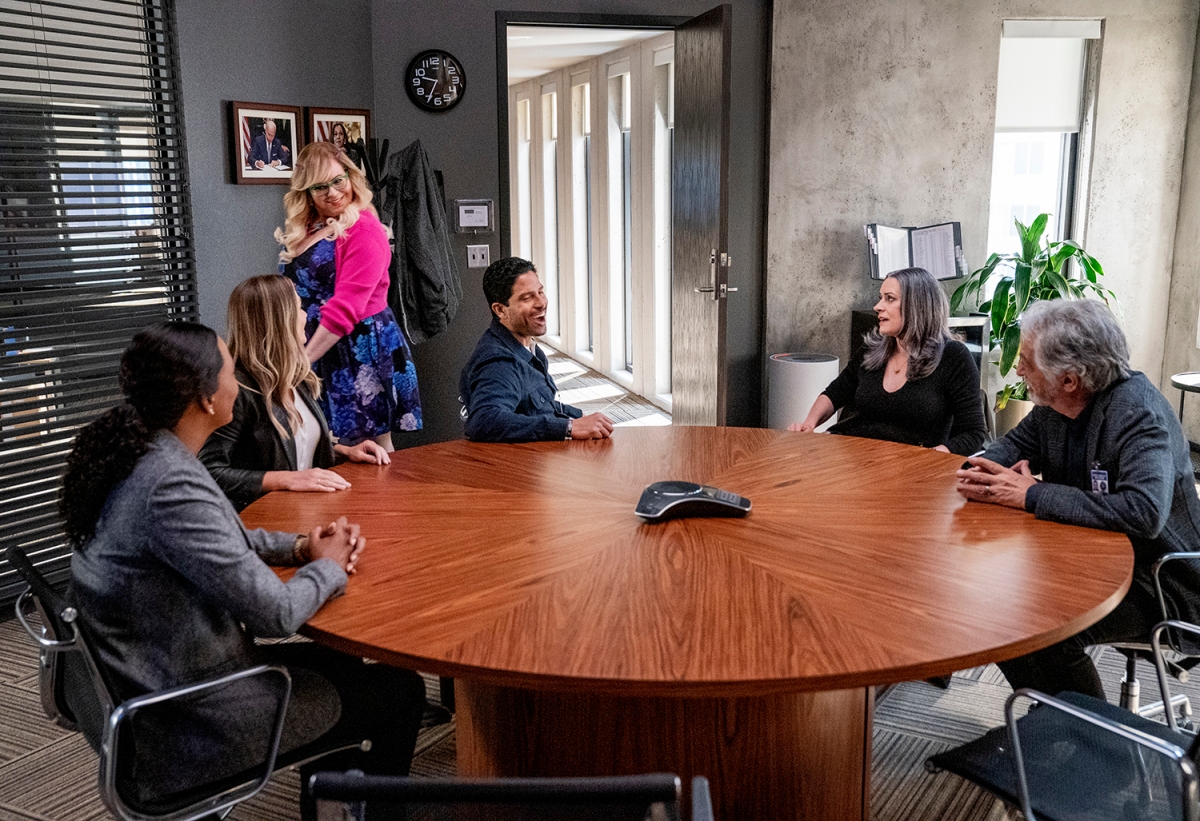 Toward the end of Criminal Minds Season 15, Supervisory Special Agent David Rossi started to wonder if he should retire from the FBI’s Behavioral Analysis Unit (BAU). He was there in the ’70s with Jason Gideon (Mandy Patinkin) when the BAU got its start and thought it might finally be time to step away from the serial killer hunt. However, by the series finale, Rossi changed his mind and opted to stay.

Rossi is still with the BAU in the revival, but his work has become somewhat of an obsession. In fact, he’s in a dark place, as Mantegna recently told Showbiz Cheat Sheet.

“Life isn’t perfect,” the actor shared. “Why should it be perfect for these particular people and this particular individual, David Rossi, specifically? And so my feeling is it’s not a matter of how knocked down he is, but how soon or in what capacity is it going to get up, you know? And that’s the journey that he’s he’s initially on when we join the show again.”

One person who did end up leaving the BAU in the Criminal Minds finale was Penelope Garcia. After years of struggling with the dark and sad nature of many cases, Penelope finally decided to find another job. She said she received around 100 offers but chose to go work for a non-profit.

When Criminal Minds: Evolution begins, Penelope is still at her new job. Of course, when her old pals call in a favor, she can’t help but head back to her BAU team.

Luke Alvez didn’t go through any career changes or conflicts in the series finale. However, he did see a big romantic development: He asked Penelope on a date. In Criminal Minds: Evolution, fans will see what became of their night out. Rodriguez recently told Entertainment Weekly:

“[With Luke and Penelope], they can’t decide if they want to be best friends or if there is something more there. There’s always that fine line. When you’re in a work relationship, you have to be really careful about choosing which side of that line to explore. I think we will continue to ride that line and have a lot of fun doing it. We will see if we ever decide to cross it. The two characters together are so funny because they’re so different. The audience will get to see some more of that.”

BAU Unit Chief Emily Prentiss had her own romantic decision to make when Criminal Minds ended. She had been getting serious with her boyfriend, Andrew Mendoza (Stephen Bishop), and considered moving to Denver with him. However, Emily also had a shot at a promotion to FBI director. She didn’t get the promotion, but Emily decided to stay with the BAU — and look for land in Denver to invest in with Andrew. It’s the best of both worlds!

RELATED: ‘Criminal Minds’: Every Main Cast Member Who Left and Why

Another character who made a tough decision in the Criminal Minds finale was Jennifer “JJ” Jareau. She considered moving to New Orleans with her family to run another division. However, Emily offered JJ the role of BAU Unit Chief if Emily decided to leave. In the end, both agents stayed with the BAU in their current positions.

Tara Lewis became an official member of the BAU in Criminal Minds Season 12, and she’s remained on the team ever since. As Tara returns with the other characters in Criminal Minds: Evolution, fans will see that she threw herself into work after season 15, according to Tyler.

“Tara was one of the people that didn’t leave the BAU at the end of season 15,” Tyler told Metacritic. “And you can really see that she’s sunk into the work. She’s just in jeans in the field, covered in dirt and doing the work. You can see the last couple of years really affected her. I loved that. I did want to see that there had been transformation — that you weren’t just picking up the same show in the same way.”

U.S. Government Will Pay to Move Native Tribes Whose Lands Are Threatened by Climate Change