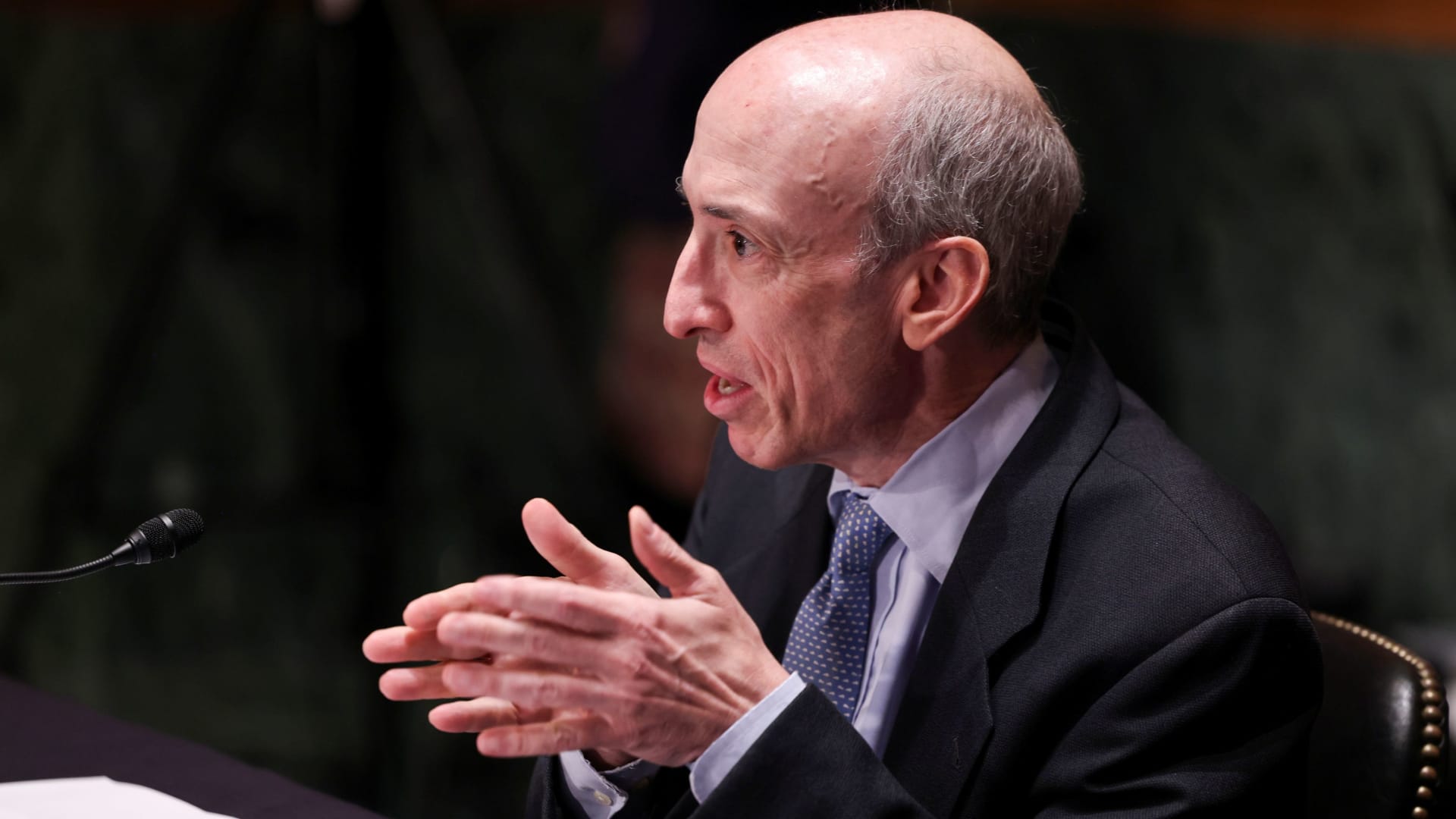 WASHINGTON — Securities and Exchange Commission Chair Gary Gensler pushed back Wednesday against criticism that the agency failed to enforce rules preventing malfeasance by cryptocurrency firms, such as the unlawful trading that led to the demise of crypto exchange giant FTX.

Gensler said the SEC has brought over 100 enforcement cases in the crypto space, directly challenging lawmakers’ questions about the agency’s oversight.

In November, Sen. Elizabeth Warren, D-Mass., called on the SEC to “suit up” in the wake of the FTX failure, arguing the agency has “fallen behind” the crypto industry. Members of the House Financial Services Committee also called on Gensler to answer questions about what he knew leading up to the FTX collapse.

The SEC chief said cryptocurrency firms should be held liable for compliance with existing rules.

“You might think of them as the casinos wherein the investing public is looking for a better future,” Gensler said. “And because most of these tokens are securities, that means that the … casinos need to come into compliance with our time-tested laws.”

“Their business model right now is offering the public, they say, an interest return in crypto … and then possibly trading against their customers, trading ahead of their customers, lending that out,” he added. “Anywhere else in finance, these conflicts are not allowed and they’re separated out.”

Bankman-Fried’s firm Alameda Research used billions of dollars in FTX customer assets for trading, a practice that Gensler said violates a federal statute. The company filed for bankruptcy on Nov. 11, and Bankman-Fried stepped down as CEO, as the firm faced a liquidity crisis.

Lawmakers have observed that federal oversight of FTX was hampered because the company is headquartered in the Bahamas.

Gensler said the SEC has successfully deterred other suspicious crypto firm activities. He cited charges against Poloniex and Coinbase for unauthorized operations as examples.

“We brought actions against crypto lending platforms including BlockFi, and we will continue to be a vigorous securities regulator, but I really do suggest to these intermediaries, these storefronts, these casinos, if you wish, to come into compliance, work with the SEC to get into compliance, disaggregate these businesses,” he said.

Gensler said the SEC would take more enforcement actions if cryptocurrency exchanges will not comply, but he did not elaborate on what those would be.

“We can use some exemptive authority to tailor things … but it’s not to drop the basic protections: separating out these businesses into a separate exchange,” he said.