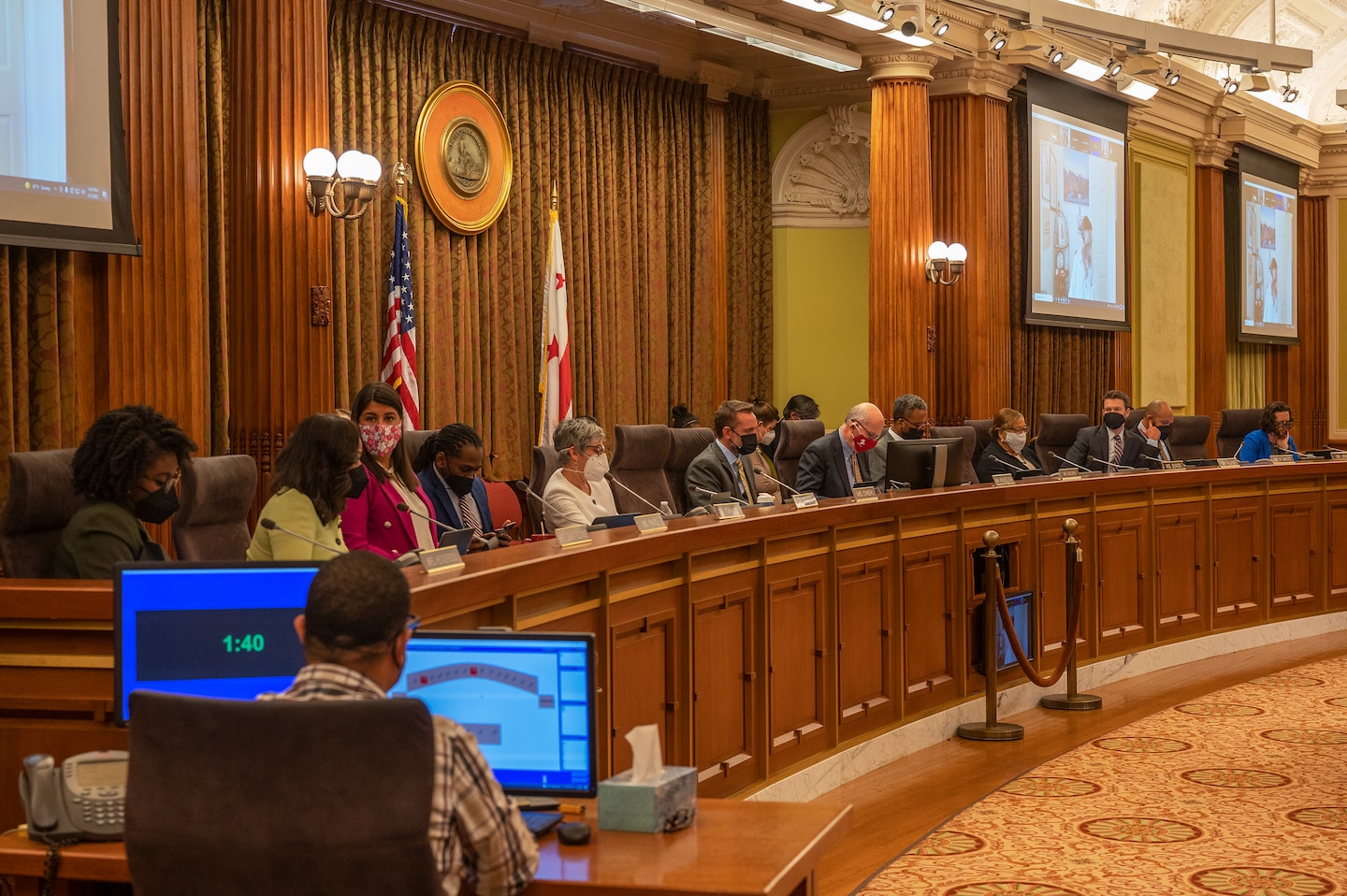 The D.C. Council on Tuesday took the first of two votes to allow the District’s noncitizen residents to cast ballots in local elections, coming close to concluding an almost decade-long effort by activists and council members to enfranchise the estimated 50,000 noncitizens living in the District.

The bill, which received a 12-1 vote on first reading Tuesday, would amend the District’s election code and permit all noncitizen residents in D.C., including green-card holders, temporary residents on visas and undocumented immigrants, to vote in local elections, provided they meet the remaining requirements for voting in the District. Qualifying noncitizens would be allowed to vote in all local races, including mayor, attorney general, school board, D.C. Council members and chair, but not federal elections.

If the bill becomes law, D.C. would join several Maryland municipalities, including Hyattsville and Takoma Park, in allowing nonresidents to vote in local elections. New York City passed a bill allowing legal noncitizen residents to vote in the city’s local elections in November, but a state judge ruled that it violated the state constitution and struck it down in June.

Council member Brianne K. Nadeau (D-Ward 1) introduced the bill as lead sponsor with six other council members in June 2021. The bill passed unanimously out of the Committee on the Judiciary and Public Safety a week ago.

“In the District, we understand disenfranchisement,” council member Charles Allen (D-Ward 6), one of the bill’s sponsors, said at last week’s committee meeting, referring to D.C.’s own battle for statehood and representation in Congress. “It’s personal.”

Those bills all stalled because of lack of interest or support, Allen said in a recent interview with The Washington Post. This year is the first time a bill on the issue has passed a full council vote.

“This time around, it felt like there were better organized efforts to help advocate for it,” Allen said. “That made the difference.”

An estimated 51,511 noncitizens lived in D.C. in 2020, according to the Migration Policy Institute. But Arturo Griffiths, a coordinator for the D.C. Immigrant Voting Rights Coalition, said that in previous years immigrant communities in the District felt too disconnected from the city’s politics at large to get behind the efforts of organizers.

“I used to be the president of a Latin American festival,” Griffiths said. “We had to vote for the president. That was the only election we had in our community.”

He said other factors, such as national conversations around voting rights and a concerted effort by activists to pressure council members and educate residents, helped the bill gain traction. In a July hearing, more than 50 public witnesses testified in support of the bill.

The lone vote against the bill Tuesday was council member Mary M. Cheh (D-Ward 3), who voiced concerns about allowing “complete strangers” to the District to vote, appearing to refer in part to migrants being bused into the District by Republican governors in Texas and Arizona.

“Could someone who was put on a bus from Texas and dropped off at the vice president’s property … then vote in our local elections?” Cheh asked.

“Cheh’s ‘questions’ are rooted in age-old xenophobia and racism,” Abel Amene, an organizer with the Metro D.C. Democratic Socialists of America, wrote to The Post after the meeting. “Immigrants are not ‘complete strangers.’ They are our neighbors, family and friends.”

Cheh said her concern was not about whether someone is a citizen or an undocumented immigrant, but rather whether recent arrivals to the District should be eligible to vote.

“Throwing around a racist label is meant to stop discussion, not advance it,” Cheh wrote in an email.

The bill now will go to a second vote, and, if it passes, be subject to review periods by Bowser and Congress before becoming law.

The council unanimously approved a bill introduced by Allen that codifies pandemic-era changes to voting in the District. It requires the D.C. Board of Elections to mail every registered voter a ballot and permanently transitions the city away from traditional, neighborhood-based polling precincts in favor of popular “vote centers” open to all eligible voters. It further calls on the board to stand up at least 100 ballot drop boxes during early voting and on Election Day.

Allen’s bill also instructs the elections board to develop and distribute educational materials about running for local advisory neighborhood commissioner for people incarcerated at the D.C. jail; in 2021, District residents elected the city’s first ANC who was jailed.

Another pair of bills centered on reproductive health, stemming from lawmakers’ concerns related to the Supreme Court’s June decision to overturn the right to abortion, passed unanimously on the first reading.

One piece of legislation shields individuals in the District who help someone self-terminate a pregnancy from any penalties, including if they provide products to self-manage an abortion. The second bill prevents D.C. from cooperating if a state tries to prosecute someone who comes to the District for abortion-related care.

All three bills will require a second vote before heading to Bowser’s desk.

The council also gave final approval to a bill that expands paid leave for D.C. government employees, increasing their caregiving and parental leave benefits from eight to 12 weeks. The bill adds new categories: up to 12 weeks of personal medical leave and two weeks of prenatal leave, mirroring recently expanded benefits that became available to the District’s private-sector workers Oct. 1.

Silverman, who introduced the measure with council member Christina Henderson (I-At Large), said in a statement that the council needs to still fully fund the bill to reach the 12 weeks called for in the legislation, but said funding for the new prenatal leave benefit was approved earlier this year.