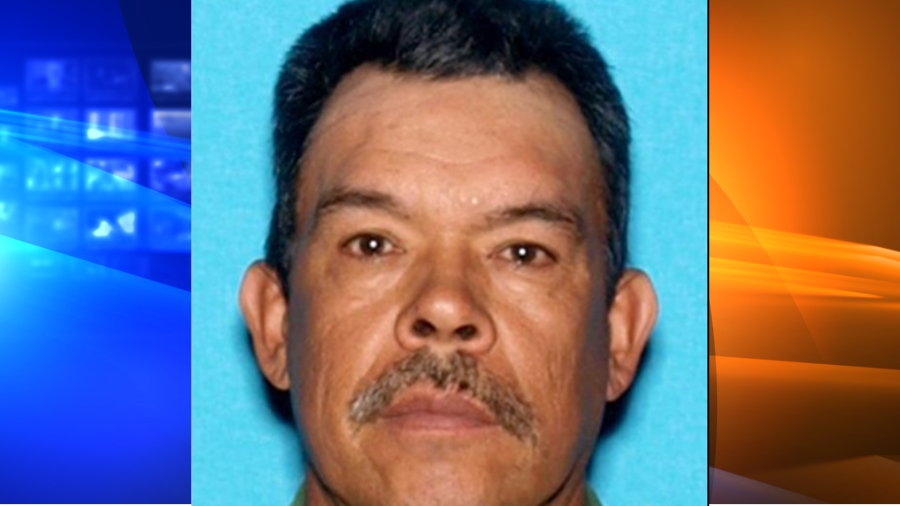 (KTLA/WFLA) — Authorities with the Los Angeles County Sheriff’s Department are searching for a 59-year-old man in connection with the fatal shooting of his daughter’s ex-boyfriend in Palmdale on Tuesday.

Deputies responded to a domestic violence call in the 37000 block of Sierra Highway at around 4:47 p.m. and discovered Giovannie Gutierrez, 26, unconscious in the street suffering from a gunshot wound.

Gutierrez was transported to a hospital where he later died.

Authorities say Gutierrez had been in his car chasing his ex-girlfriend, who was driving her own car. The two vehicles collided and eventually stopped in the middle of Sierra Highway, north of Avenue S.

Witnesses told investigators that Gutierrez attempted to break into his ex-girlfriend’s car while she was seeking help from family members who had called 911.

“As victim Gutierrez was attempting to gain entry into the young woman’s car, a white Ford Ranger pick-up arrived at the scene. A passenger exited the Ford Ranger, approached Victim Gutierrez and shot him once in the head,” the release stated.

The shooter has since been identified as the woman’s father, Jose G. Mendoza, the sheriff’s department said.

KABC-TV obtained video that shows Mendoza at a sheriff’s office, presumably to turn himself in. But he turned around and left, according to the report and remains at large as of this writing.

Mendoza, 59, is described as a Hispanic male, 5 foot 6 inches tall and weighing approximately 140 pounds. He is believed to be armed with a semi-automatic handgun.

Anyone with information regarding the incidents or Mendoza’s whereabouts is encouraged to contact LASD’s Homicide Bureau at 323-890-5500. Anonymous tips can be made through Crime Stoppers at 800-222-8477 or online at L.A. Crime Stoppers.

This story was originally published on KTLA.com. WFLA updated the article to include more information.

It’s been a bad year for tech. But top investor Paul Meeks is betting on these bright spots