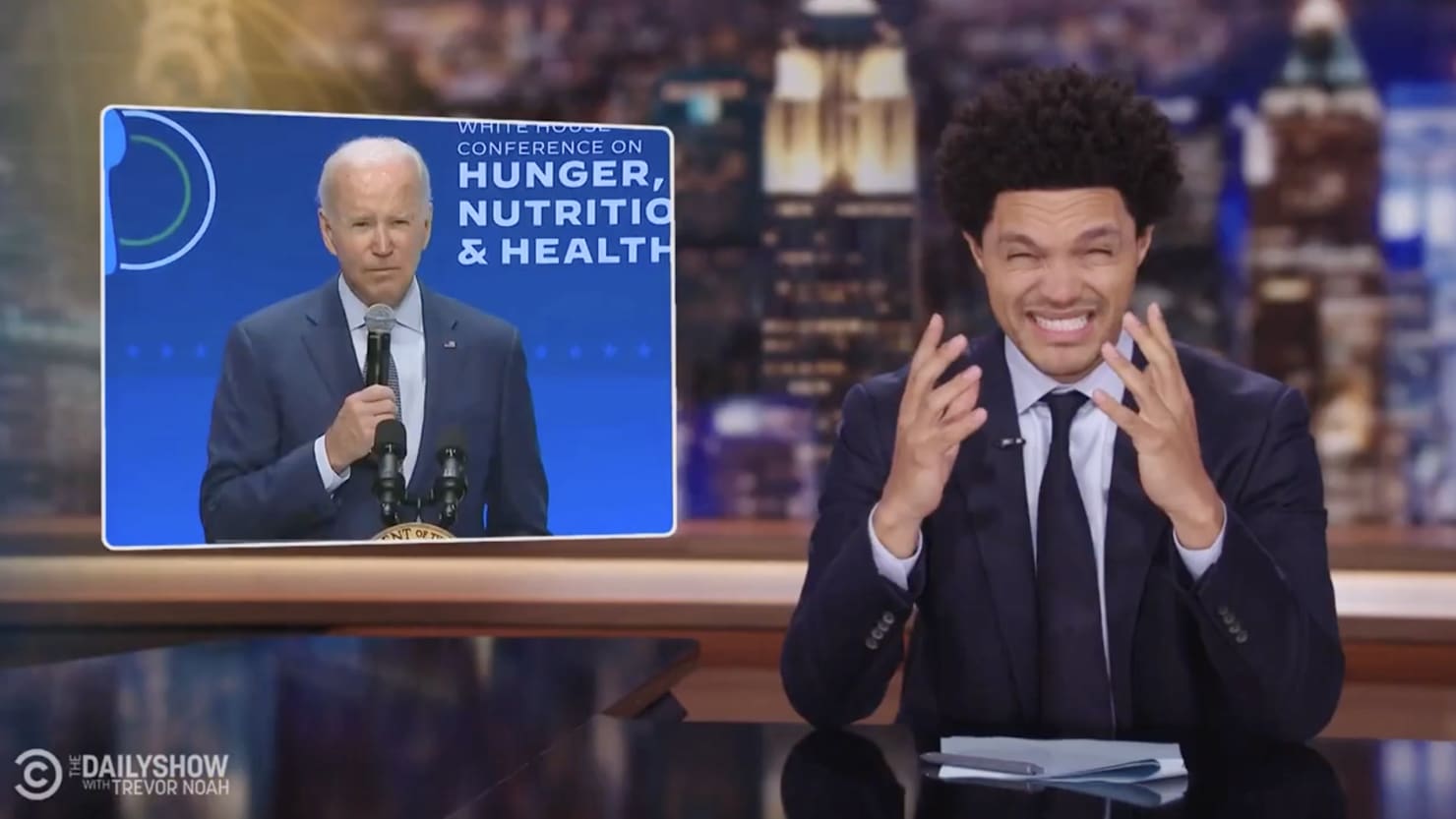 Lest anyone think late-night TV is still nothing but Trump jokes more than a year and a half after he left office, The Daily Show took a few minutes on Wednesday to brutally mock President Joe Biden for apparently looking for a dead congresswoman in the audience of a White House event.

“After a shaky start to his presidency, Joe Biden has recently gotten some of his groove back,” host Trevor Noah began, citing legislative and diplomatic victories. “People are saying that Biden might have a really good shot at winning a second term in office. All he has to do, though, is avoid doing stuff like this!”

With that, the show cut to a deeply uncomfortable clip of Biden searching the crowd for Rep. Jackie Walorski (R-IN), who died in a car accident just last month. “Jackie, are you here? Where’s Jackie?” he asked. “She must not be here.”

“No, Joe, what are you doing?!” Noah said in response. “So awkward.” He added that Biden’s explanation “didn’t help,” joking that the president was actually looking for Jackie Kennedy.

The actual explanation from White House Press Secretary Karine Jean-Pierre, who dodged reporters’ questions on the incident and said the late congresswoman was simply “top of mind” for the president, wasn’t much better.

“Look, I guess on the upside, at least he noticed that she wasn’t there,” Noah added, explaining that it would have been “much worse” if Biden had pointed her out.

And while “a lot of people are saying that this is another example of Biden’s brain being foggy,” the host said, “if anything, this makes Biden a better president.”

“Think of how hard he must be working to keep Americans safe, knowing that Osama bin Laden is still out there somewhere,” he joked.

Us Picks! Our Absolute Favorite Gifts for Women