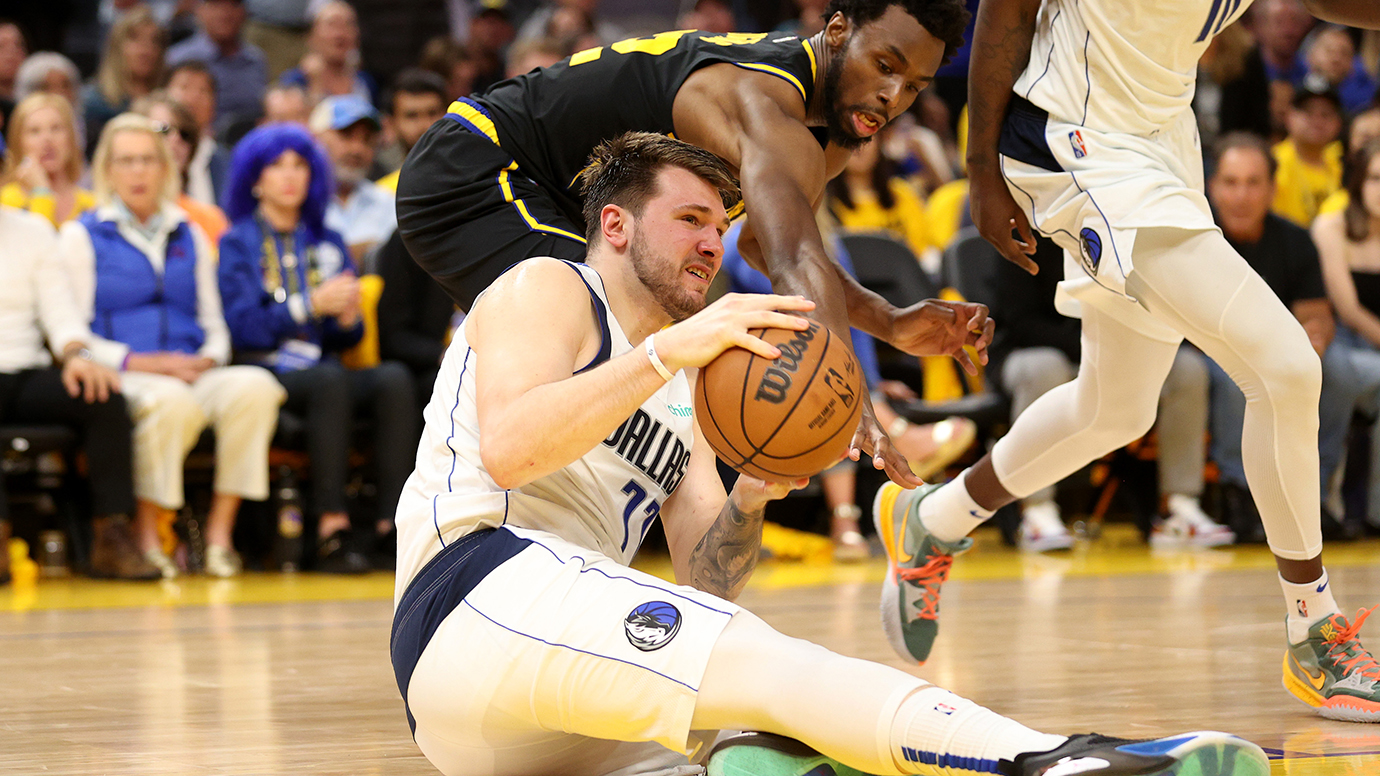 The Dallas Mavericks saw their season end Thursday night, losing in five games to the Golden State Warriors in the Western Conference Finals, and their star player raised his hand to take some of the blame.

Luka Doncic, who was recently selected to his third ALL-NBA First Team, told reporters after the 120-110 loss that he played terribly, saying he needs to get better defensively.

The Golden State Warriors celebrate after Game 5 of the Western Conference Finals on May 26, 2022, at Chase Center in San Francisco, California.
(Noah Graham/NBAE via Getty Images)

Doncic, who struggled in the first half as Golden State jumped out to a 69-52 halftime lead, said Dallas needs to learn how to be a championship-level team like the Warriors.

“I think you can see the championship team the Warriors are,” Doncic said. “We gotta learn how to be that. They were amazing every game. They deserved to win.”

Luka Doncic of the Dallas Mavericks looks to pass the ball during the fourth quarter in Game 5 of the Western Conference Finals on May 26, 2022, in San Francisco.
(Ezra Shaw/Getty Images)

Doncic was able to move Dallas past the first round for the first time in his career, but knows there is more that needs to be accomplished.

Doncic finished the night with 28 points, nine rebounds and six assists, most of which came in the second half. He tallied just six points on 2-12 shooting in the first half, putting Dallas in a hole they were unable to climb out of in the second half.

“This year we made a huge, huge step,” Doncic said when asked his thoughts on the Mavericks’ championship trajectory. “Maybe a couple of steps. Obviously there’s a lot of things to do, but I think we made a huge step. And I think we’re on a great, great path.”

Stephen Curry of the Golden State Warriors drives past Reggie Bullock and Luka Doncic of the Dallas Mavericks on May 26, 2022, in San Francisco, California.
(Ezra Shaw/Getty Images)

While Doncic is one of the NBA’s best players offensively, teams target him on the defensive side of the floor, consistently hunting the 23-year-old when buckets are needed.

HEAT VS CELTICS GAME 5 SCORE: MIAMI GOES COLD AS BOSTON MOVES TO WITHIN ONE GAME OF NBA FINALS

Golden State is heading to its sixth NBA Finals in eight years, but its first since 2019. They await the winner of the Eastern Conference Finals between the Boston Celtics and the Miami Heat.