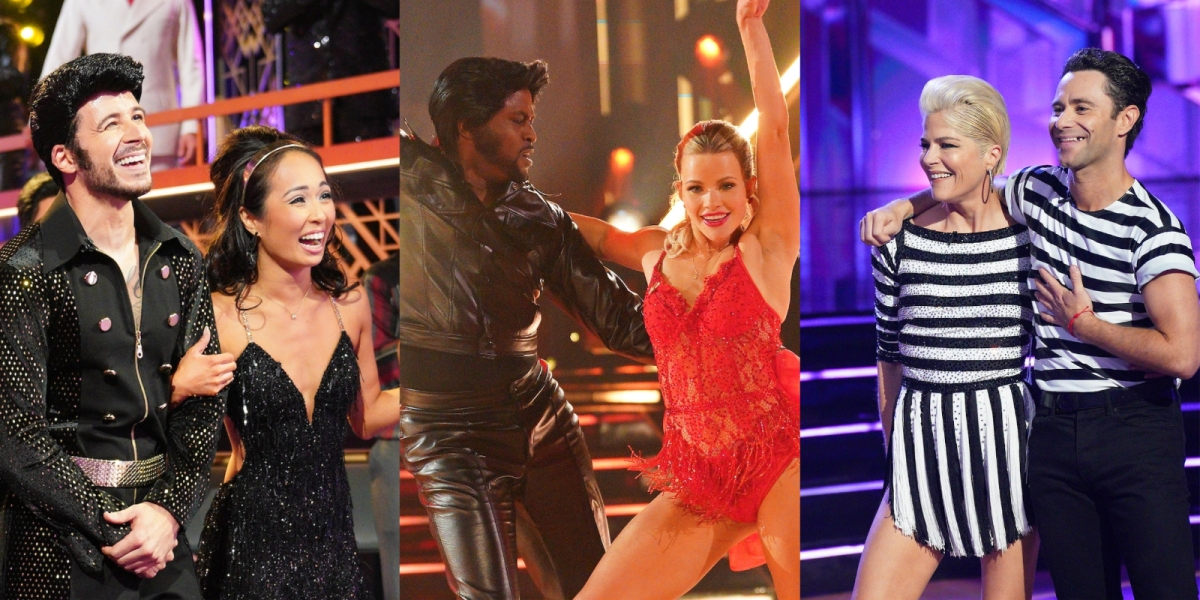 Dancing with the Stars fans never have minced words regarding their favorite show. Thousands took to social media to speak out against the necessity of themed episodes ahead of week 3’s tribute to legendary movie hero, James Bond 007. They begged the series to end “ridiculous” theme nights and return to traditional ballroom performances.

Elvis Night paid tribute to the King of Rock and Roll

Elvis night paid tribute to some of the most iconic music and styles of Elvis Presley. An evening of ballroom dances honoring the King of Rock and Roll was designed to capture his essence. The evening was split into three segments: Presley’s early days in rock music, his Hollywood era, and his Vegas triumph.

Some celebrities donned costumes to help enhance their performances, while others took a more subtle nod toward honoring Presley. Throughout the evening, several vital moments brought the audience to their feet. These included the comeback of Jersey Shore star Vinny Guadagnino, deemed most improved after a first-week slump. Selma Blair showed off some hard-fought gains alongside pro-Sasha Farber, adding a split and cartwheel to her jive.

Trevor Donovan’s steamy rhumba with Emma Slater left DWTS co-host Alfonso Ribeiro wondering if their chemistry was real or fake. Slater and fellow pro-Farber married in 2018 and are currently separated.

In a Reddit post where fans discussed the Sept. 26 episode, they appeared to be in unison over their wishes to end “ridiculous” theme nights.

“I’m so sick of theme weeks related to specific franchises. I miss the generic theme nights like Latin night, horror night, or just no theme,” wrote one fan.

“Enough of these theme nights. This is a ballroom dance competition. Not saying it has to be boring, but the themes are distracting,” penned a second viewer.

“Can’t we stop with the gimmicks to get people watching? The viewers have been with the show long; they don’t need all these extras to keep them interested,” claimed a third Reddit user.

A preview of the upcoming documentary The Sound of 007, premiering exclusively on Amazon Prime Video on October 5th.

Directed by BIFA and BAFTA-nominee Mat Whitecross, the film pulls back the curtain on the remarkable history of six decades of James Bond music.#60yearsofBond pic.twitter.com/aRORY5QMG3

Host Tyra Banks revealed the next episode of Dancing with the Stars would feature the music from the James Bond franchise of movies. Subsequently, this theme allows the series to draw on almost 60 years of iconic theme music.

Despite their reservations about the continuation of theme nights, some viewers were curious how DWTS would interpret some of the most iconic music in movie history.

“Whoever gets to dance to ‘Skyfall’ gets the first 9 of the season,” shared one viewer of the Adele hit.

“There’s a lot of famous Bond music. Scores and themes. Hopefully, they don’t butcher it,” stated another fan.

“There’s also ‘A View to a Kill,’ and the themes for Moonraker, Thunderball, No Time to Die, Diamonds are Forever, and Die Another Day,’” a fourth fan claimed.

Dancing with the Stars streams live on Mondays at 8 p.m. EST on Disney+.

RELATED: Elvis Presley Fans Are ‘All Shook Up’ Over ‘Dancing With the Stars’ Episode Dedicated to the King of Rock and Roll

‘Don’t Worry Darling,‘ ’80 for Brady’ Among Winners at California on Location Awards