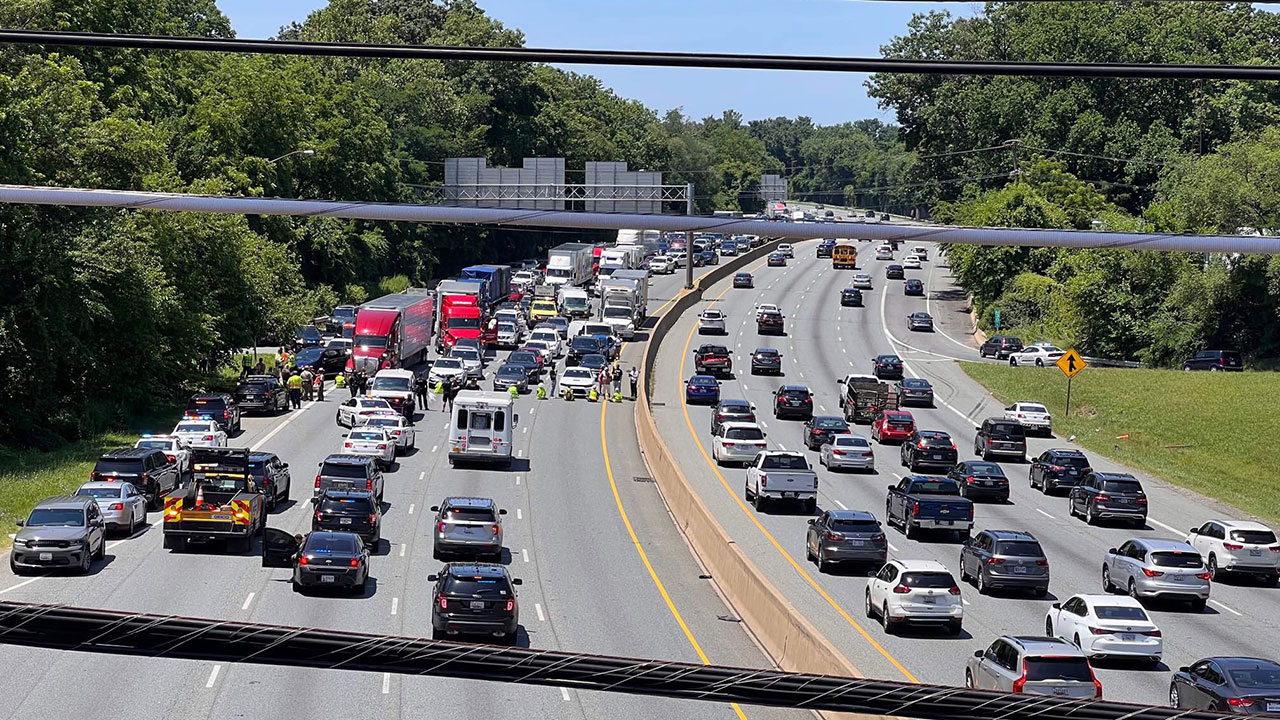 Washington, D.C., area climate change protesters blocked several lanes on a Maryland highway on the Fourth of July, leading to the arrests of at least 14 individuals for resisting arrest and other offenses.

A group of protesters sat down and blocked all lanes of traffic on the inner loop of I-495 in Montgomery County, Maryland, near Exit 30 for Colesville Road/U.S. Route 29 at approximately 12:30 p.m.

Maryland State Police’s Rockville Barrack troopers responded to the beltway and gave dispersal orders, instructing the crowd to move to the shoulder. Those who did not comply were subject to arrest, police said.

At least one counter-protester was also charged with second-degree assault and resisting arrest.

All lanes of traffic had been reopened by approximately 1:45 p.m., police said.

The group “Declare Emergency” claimed responsibility for the demonstration and issued a statement demanding “President Biden to immediately declare a national state of climate emergency.”

“Today, there were almost two dozen Declare Emergency campaign supporters on the road, coming from as far away as Oregon, Washington and Florida to make their voices heard here in DC/MD/VA area,” the statement said. “A total of thirteen ordinary citizens have been arrested today while acting in nonviolent civil resistance, raising the alarm on the climate crisis.”

In the statement, “Declare Emergency” also purported that United Nations Secretary General Antonio Guterres said that climate activists are “depicted as dangerous radicals, but the truly dangerous radicals are the countries that are increasing the production of fossil fuels.”

“Our action is an expression of our fear for our families, for the future of humanity and life on Earth. We are acting upon what thousands of scientists tell us because our government is refusing to,” the group wrote, according to FOX 5. “Many other groups around the world are taking similar actions as a part of a global coalition called the A22 Network. Declare Emergency is currently centered around Washington DC and is inviting everyone from all disciplines, classes and beliefs, to join us on the road.”

Danielle Wallace is a reporter for Fox News Digital covering politics, crime, police and more. Story tips can be sent to [email protected] and on Twitter: @danimwallace.