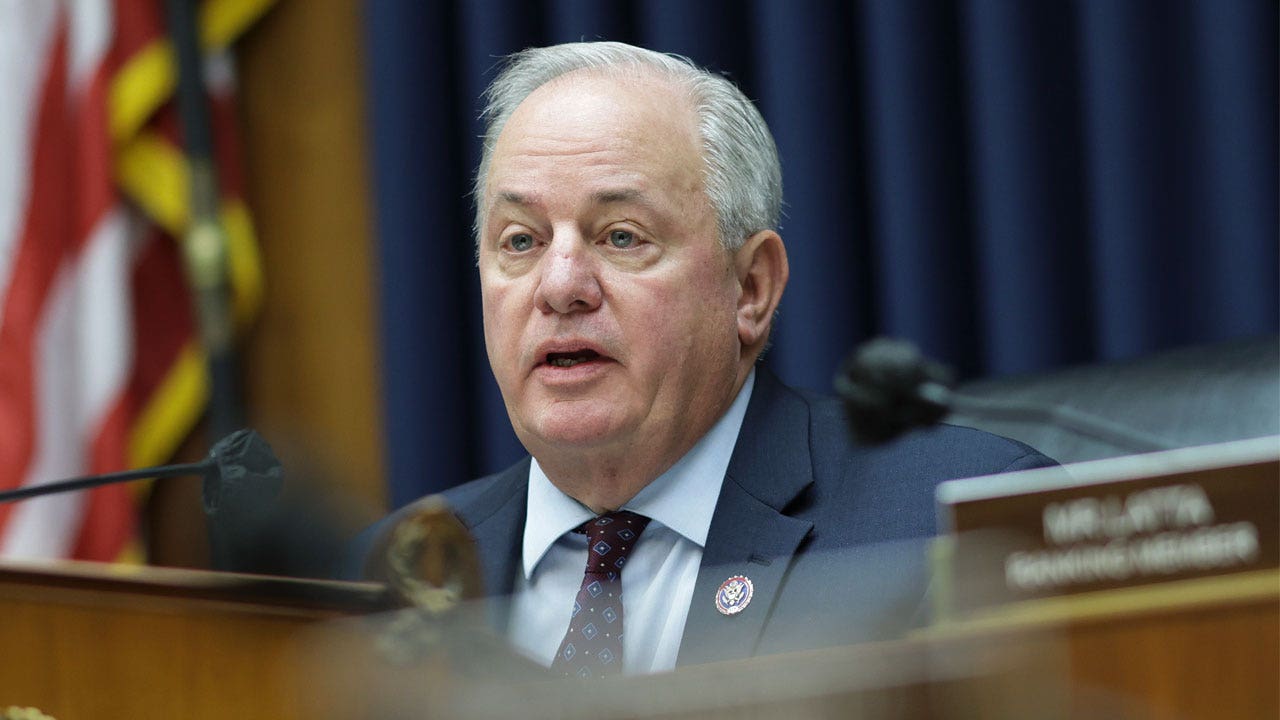 Rep. Mike Doyle, D-Penn., is remaining mum following the explosive revelations to come out of the “Twitter Files” that were reported by journalist Bari Weiss after he called Twitter’s censorship efforts towards conservatives “a load of crap.”

During a 2018 congressional hearing featuring then-Twitter CEO Jack Dorsey, Doyle attempted to defend the tech giant by suggesting Twitter was an “equal opportunity shadow banner” and that it was based on algorithms versus political bias.

“You didn’t just shadow-ban four Republicans. You shadow-banned 600,000 people across your entire platform across the globe who had people following them that had certain behaviors that caused you to downgrade them coming up. Is that correct?” Doyle asked.

“So this was never targeted at conservative Republicans. This was targeted to a group of 600,000 people because of the people who followed them. And then you determine that wasn’t fair and you corrected that practice, is that correct?” Doyle followed.

“So just for the record, since you’ve been singled out as a social media platform before this committee, Twitter undertook no behavior to selectively censor conservative Republicans or conservative voices on your platform. Is that correct?” the Democrat sad

Good,” Doyle replied. “So let the record reflect that because that’s the whole reason supposedly we’re here, because House Leader Kevin McCarthy wrote our chairman a letter and said ‘Hey, this is going on and we think your committee should investigate it,’ and it’s a load of crap.”

Doyle’s office did not immediately respond to Fox News’ requests for comment.

Ironically, Doyle also went viral for a separate exchange he had with Dorsey at that same hearing, asking him point-blank whether Twitter censors conservatives.

“I want to read a few quotes about Twitter’s practices and I just want you to tell me if they’re true or not,” Doyle said. “Social media is being rigged to censor conservatives. Is that true of Twitter?”

“Are you censoring people?” Doyle asked next.

During the same hearing, then-Rep. Joe Barton, R-Texas, grilled Dorsey over his past claim that Democratic politicians, too, were affected by shadow-banning. When asked if he could identify which Democrats were affected, Dorsey refused to say, claiming it was for “protecting their privacy.”

“Can you personally vouch that statement is a true statement that there are Democrat politicians who, when you did the auto-search, they didn’t show up?” Barton asked.

When pressed what percentage of accounts affected were Democrats versus Republicans, Dorsey dodged from giving specifics but told Barton that the results were “not impartial.”

“Do you discriminate more on philosophy, like anti-conservative versus pro-liberal?” Barton asked.

“No, our policies and our algorithms don’t take into consideration any affiliation, philosophy or viewpoint,” Dorsey responded.

In a separate exchange with Rep. Steve Scalise, R-La., Dorsey insisted the algorithm that led to the shadow-banning of multiple Republican lawmakers “was not written with that intention.”

Dorsey’s testimony appears to directly contradict reporting from The Free Press editor Bari Weiss, who was tapped by current Twitter owner Elon Musk to rummage through the “Twitter Files.”

“A new #TwitterFiles investigation reveals that teams of Twitter employees build blacklists, prevent disfavored tweets from trending, and actively limit the visibility of entire accounts or even trending topics—all in secret, without informing users,” Weiss began her thread Thursday.

She pointed to Stanford University’s Dr. Jay Bhattacharya, a longstanding opponent of COVID groupthink during the pandemic who expressed opposition to lockdowns.

“Twitter secretly placed him on a ‘Trends Blacklist,’ which prevented his tweets from trending,” Weiss reported.

She reported that Fox News host Dan Bongino was placed on a “Search Blacklist” and Twitter had Turning Point USA’s Charlie Kirk on “Do Not Amplify.”

Weiss revealed that “shadow-banning,” a term described to secretly suppressing the presence of Twitter users without their knowledge, was referred to by Twitter executives and employees as “Visibility Filtering” or “VF.”

“‘Think about visibility filtering as being a way for us to suppress what people see to different levels. It’s a very powerful tool,’ one senior Twitter employee told us,” Weiss tweeted. “‘VF’ refers to Twitter’s control over user visibility. It used VF to block searches of individual users; to limit the scope of a particular tweet’s discoverability; to block select users’ posts from ever appearing on the ‘trending’ page; and from inclusion in hashtag searches. All without users’ knowledge.”

The independent journalist also reported that Libs of TikTok faced heightened scrutiny from a specific group referred to as the Site Integrity Policy, Policy Escalation Support (SIP-PES). The popular account was placed on a “Trends Blacklist” designated as “Do Not Take Action on User Without Consulting With SIP-PES.”

“The account—which Chaya Raichik began in November 2020 and now boasts over 1.4 million followers—was subjected to six suspensions in 2022 alone, Raichik says. Each time, Raichik was blocked from posting for as long as a week. Twitter repeatedly informed Raichik that she had been suspended for violating Twitter’s policy against ‘hateful conduct.’ But in an internal SIP-PES memo from October 2022, after her seventh suspension, the committee acknowledged that ‘LTT has not directly engaged in behavior violative of the Hateful Conduct policy,’” Weiss revealed.

The first installment of “The Twitter Files,” shared Friday by Substack writer Matt Taibbi, offered insight as to what led to Twitter’s suppression of the Hunter Biden laptop story during the 2020 presidential election. At the time, Twitter alleged it was enforcing its “hacked materials” policy that banned the sharing of digitally stolen material on the platform despite any evidence that the laptop was hacked.

Taibbi reported that the decision to censor the Hunter Biden scandal was made at the highest levels at Twitter but without the knowledge of its then-CEO Jack Dorsey.

In the third installment of the “Twitter Files,” Taibbi revealed the internal deliberations that went into the removal of former President Trump following the Jan. 6 riots and the evolving restrictions that were enforced on other users during and after the 2020 election.