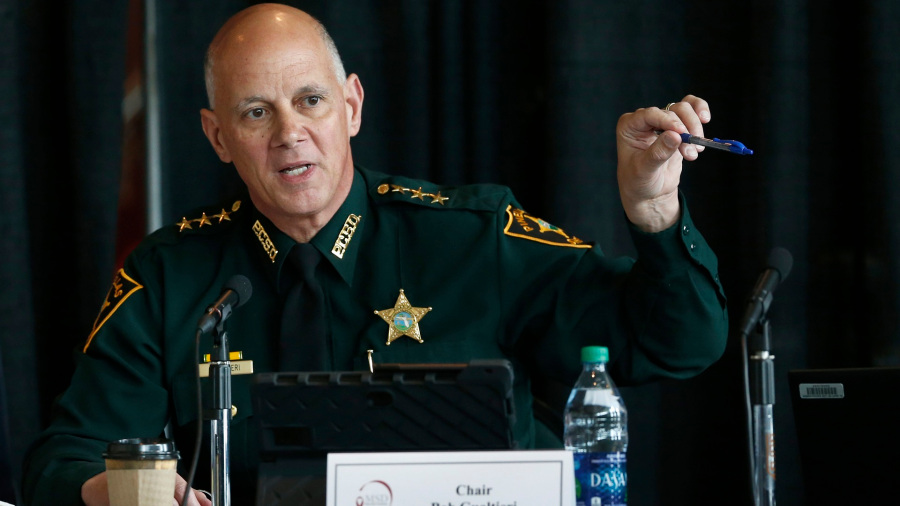 LARGO, Fla. (WFLA) — Sheriff Bob Gualtieri defended his deputy who cut Tampa Police Chief Mary O’Connor a break when she and her husband were pulled over in a golf cart in Pinellas County on Nov. 12.

The couple was let go.

During an unrelated press conference on Monday, Sheriff Gualtieri said, “Deputy Larry Jacoby did absolutely nothing wrong. I stand by him 110%.

“The person who did wrong is Mary O’Connor,” the sheriff added. “It’s had its consequences. The mayor has acted. Tampa is handling that — that’s their business.”

According to Gualtieri, Deputy Jacoby “did his job.”

“While she asked for a favor, he didn’t give her a favor,” Gualtieri said. “He handled that as he would have handled any other like situation and any other like traffic stop. People think that just because you got stopped by the cops that you’re going to get a traffic ticket, and that is absolutely not the case.”

Gualtieri pointed to the fact that the couple had driven their unregistered golf cart outside of their gated community by accident after discovering a restaurant they intended to visit was closed.

“Think about what this is,” Gualtieri said. “It’s a golf cart. They’re about 100 yards from the gated community. The only reason why they popped out was because the restaurant they were trying to go to within the gated community was closed so they went across the street.”

“Who cares?” Gualtieri added. “The outcome would not have been any different if she had just kept her mouth shut. Unless it was aggravating circumstances or extenuating circumstances, that’s a warning all day long.”

However, Gualtieri did not excuse the former chief’s actions.

“Now that doesn’t mean anything other than what she did is unethical. It’s wrong,” Gualtieri said. “She shouldn’t have said it, she shouldn’t have done it, none of that should have happened. But to say that Deputy Jacoby did anything wrong is absolutely untrue.”