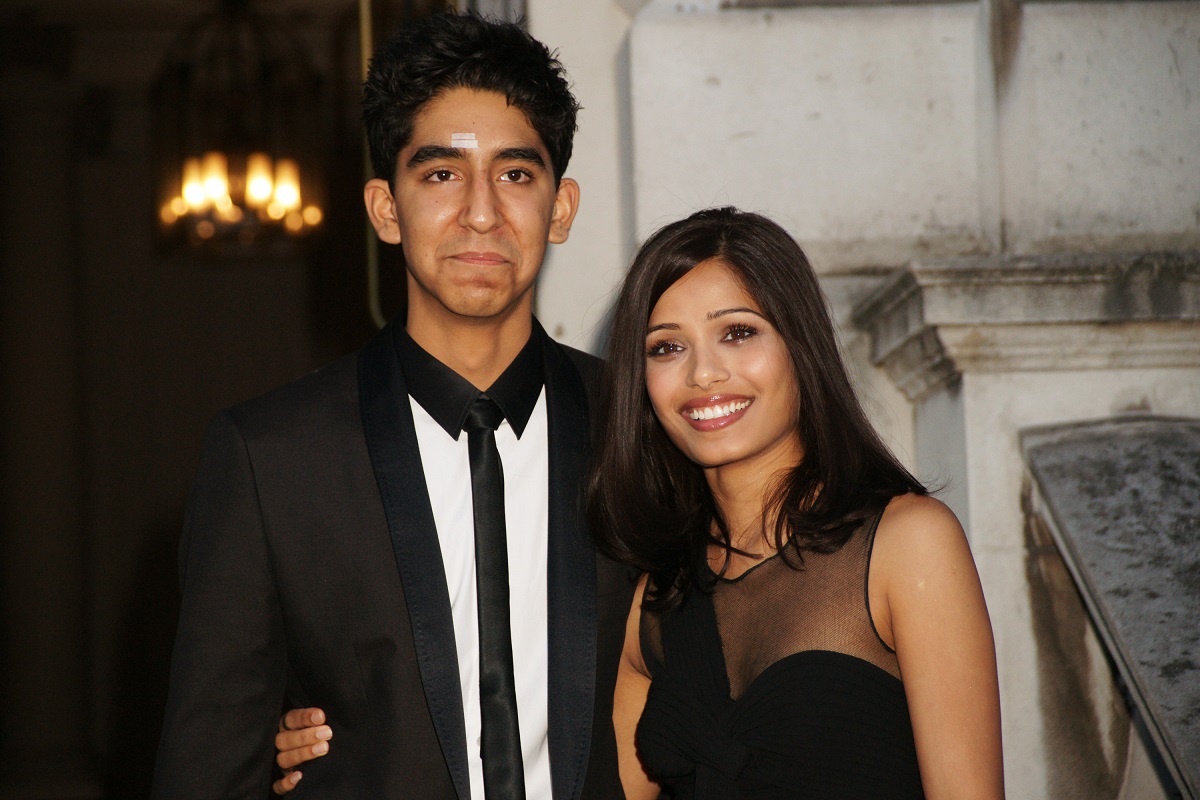 Dev Patel and Freida Pinto met on the set of their 2008 Academy Award-winning film Slumdog Millionaire. The actors fell in love and continued to date for six years as they pursued other projects.

Slumdog Millionaire was one of the biggest box-office successes of 2008. With a budget of only $15 million, the sleeper hit earned $377 million worldwide. It received 10 Academy Award nominations with eight wins, including Best Picture and Best Director for filmmaker Danny Boyle.

The film stars Patel as game show savant Jamal Malik and Pinto as his childhood friend and love interest. Patel had previously worked on the British series Skins. And Pinto’s only other on-screen project was as the host of an Indian TV travel show.

With the success of Slumdog Millionaire, Patel and Pinto became Hollywood stars overnight. They attended several 2009 awards ceremonies together, including the Golden Globes and the Oscars.

Pinto was engaged to Rohan Antao while she was filming Slumdog Millionaire. And following the movie’s release, Patel and Pinto insisted that they were just friends. But in 2009, after Pinto broke things off with Antao, the actors confirmed they were in love and dating.

“I don’t think anybody — not even family or friends — can understand what the two of us have been through,” Pinto said in a 2011 chat with Interview. “We are soulmates.”

While they were dating, Pinto and Patel continued to work on other projects. Pinto appeared in films like Miral and Woody Allen’s You Will Meet a Tall Dark Stranger. And Patel starred in The Best Exotic Marigold Hotel and the HBO series The Newsroom.

With their busy schedules, the couple had to deal with being apart for months on end. And as Pinto noted, it wasn’t easy.

“We’ve been sensible enough to know that these things are part and parcel of the relationship,” she explained. “Especially being in a relationship with an actor, it’s not going to be the easiest.”

In 2014, after nearly six years together, Patel and Pinto called it quits. When talking to the Daily Mail’s Weekend Magazine, Pinto looked back at their time together and credited Patel for helping her grow.

“You can be with someone and it can be really good for your growth,” she said. “That’s what Dev was for me. The seven years I was with him were so impactful. But I ended up being single when I started thinking about these other things.”

Pinto revealed that the pair are still friends, adding, “You can’t share such a monumental shift in life, then not be friends. That would be the saddest thing ever.”

The actors have since moved on. Patel has been dating Australian actor Tilda Cobham-Hervey since 2017. Pinto married photographer Cory Tran — who she was introduced to by her The Path co-star Aaron Paul — in 2020. The couple welcomed a son in November 2021.

RELATED: Dev Patel Opens Up About ‘The Last Airbender’ — ‘One of the Worst Movies’