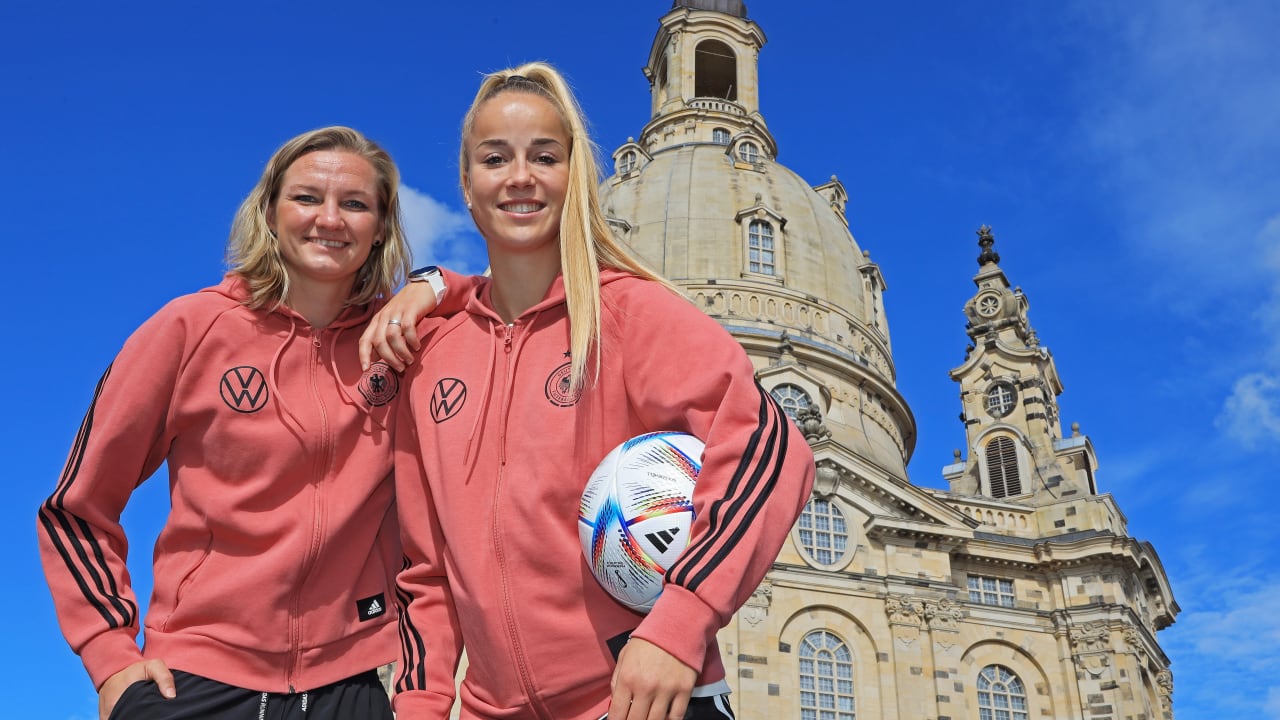 DFB stars for the international match in Dresden |

Women’s power in front of the Frauenkirche

Women’s power in front of the Frauenkirche: When the DFB stars Alexandra Popp (31) and Giulia Gwinn (23) played the balls for the BILD photographer in front of the Dresden landmark yesterday, they received many curious looks.

At least since the summer fairy tale of winning the Vice European Championship title, the German women’s selection has been on everyone’s lips.

“A lot has happened in the last few weeks. We can no longer just walk through the streets, we are recognized and spoken to,” says Popp, captain of the national team.

The soccer players are also experiencing this euphoria in the Saxon state capital: more than 25,000 tickets have already been sold for the friendly game on Friday (8.30 p.m.) against France (BILD reported).

Popp: “We’re really happy about it, so we’re bringing a bit of the EM hype to Dresden.” Gwinn: “We hope that the last standing room tickets will also go away. And we see a lot of Germany flags and jerseys.”

The defender is in the Elbe metropolis for the first time: “But I’ve often heard that it’s a very beautiful city. I am also very excited about the stadium.”

Her captain can tell her quite a bit about it. “I’ve played here three times,” says Popp. And reveals: “After the European Championships, I even went on vacation to Lausitz.”

At the start of preparations for the World Cup (2023 in Australia/New Zealand), the striker sees the semi-finalists France as the perfect opponent: “Especially against the best you can see where you stand.”