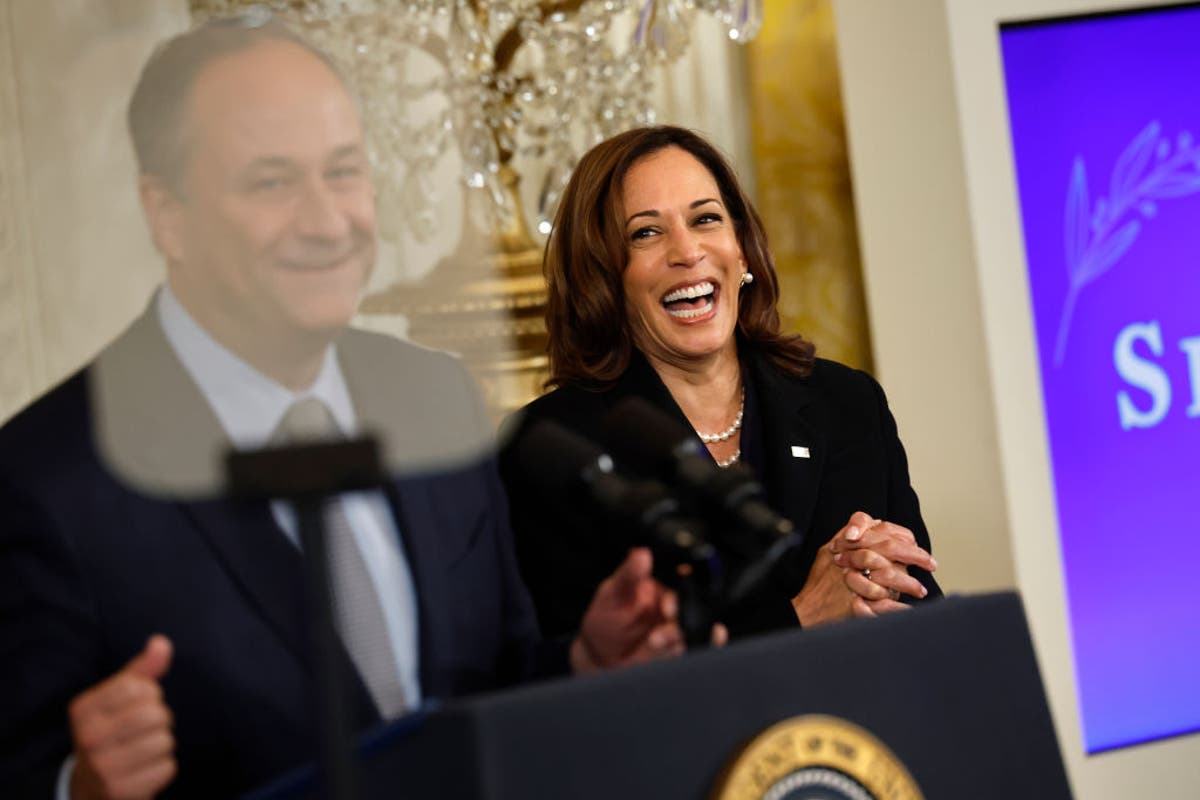 Kamala Harris’s conservative critics are once again wrapping themselves up in supposed outrage after the vice president made an observation about the effects of the climate crisis.

The latest right-wing clamouring erupted after Ms Harris was interviewed by actress Priyanka Chopra, who during a discussion questioned how the Biden administration was responding to the very real issue of poorer countries and communities bearing the brunt the of climate crisis’s worst effects.

Ms Harris responded to the actress with a remark that some conservatives took to refer specifically to Hurricane Ian relief; a relevant, though still incorrect, assumption given the devastation is still being uncovered in Florida and other states.

The issue is a personal one for Ms Chopra, who owns two homes in India and has witnessed neighbouring Pakistan be devastated over the past month by record-breaking floods that have killed hundreds of people and displaced thousands more.

The floods have been at least partly blamed by experts on the increasing rate of glacier melt, an obvious symptom of climate change, and have sparked a discussion about how poorer countries like Pakistan that produce far lower shares of global emissions than richer nations often bear the brunt of the problems caused by those richer nations’ emissions.

“It is our lowest-income communities and our communities of color that are most impacted by these extreme conditions,” Ms Harris says in the video. “We have to address this in a way that is about giving resources based on equity, understanding that we fight for equality, but we also need to fight for equity.”

Despite that context, numerous right-wingers loudly and wrongly complained that Ms Harris was suggesting that the Biden administration should distribute more resources to communities in Florida with larger populations of various demographic minorities, including Congreswoman Marjorie Taylor Greene.

“Hurricanes do not target people based on the color of their skin,” Ms Greene said in a nonsensical tweet suggesting that the vice president planned to “discriminate” against white people via aid handouts.

“Is your husband’s life worth less [because] he’s white?” she asked.

There were many other conservatives who jumped on the same bandwagon, clearly eager to take a shot at calling the nation’s first Black vice president “racist”.

“Now this is racism”, complained Vernon Jones, a Black Republican running for office in Georgia.

A spokeswoman for Florida’s governor, Ron DeSantis, even went as far as to assert that the vice president had caused “panic” because of her words and not simply due to the fact that numerous conservatives appeared to be engaged in an effort to change the meaning of what she said.

“FEMA Individual Assistance is already available to all Floridians impacted by Hurricane Ian, regardless of race or background,” said Christina Pushaw.

Conservative news networks were eager to join in the misinformation campaign as well.

Ms Harris, for her part, ignored a question shouted by a Fox News reporter on the issue when she arrived at the Congressional Black Caucus’s gala Monday evening in Washington.