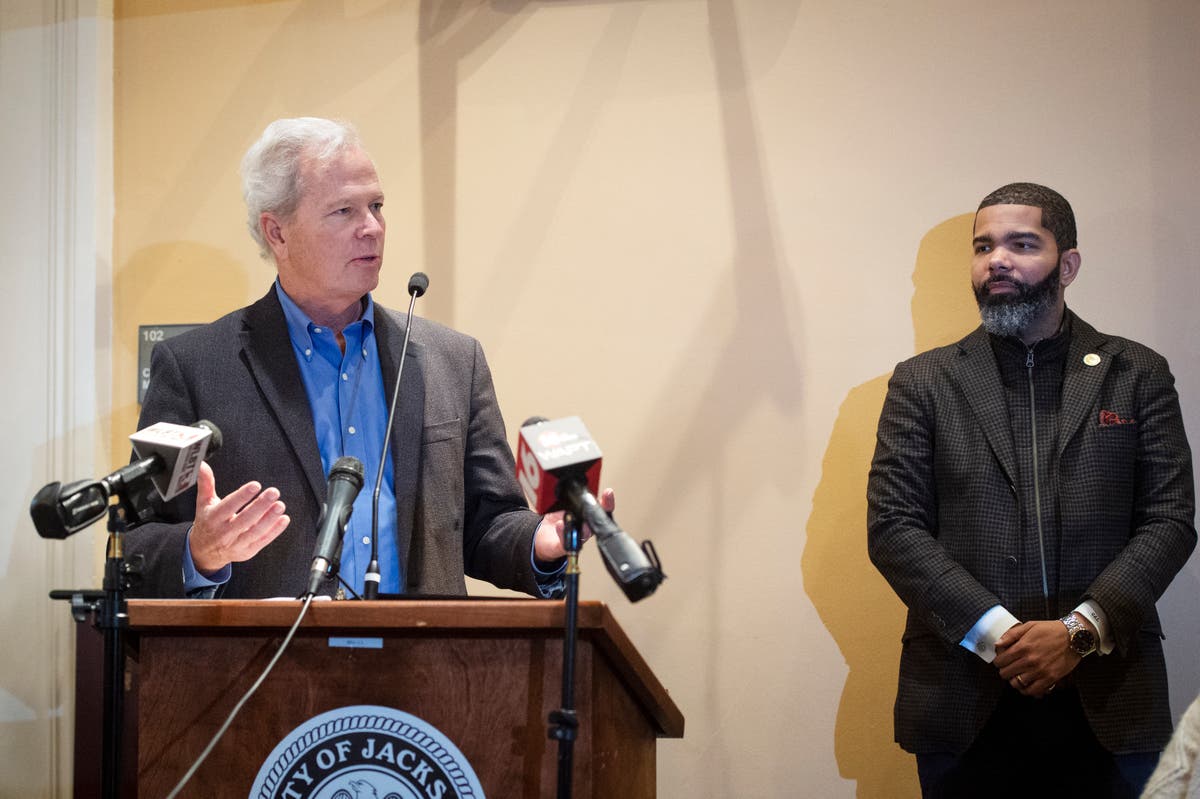 The manager appointed by the U.S. Department of Justice to oversee reforms to the beleaguered water system in Mississippi’s capital city said he hopes to wrap up work in one year or less.

Ted Henifin outlined his intended time frame during a news conference Monday, echoing the Justice Department’s order appointing him as interim manager of the Jackson water system. The order sets 12 months for Henifin to implement 13 projects for improving the system’s near-term stability.

Henifin’s work begins after the Justice Department won a federal judge’s approval last week to carry out a rare intervention to fix Jackson’s water system, which nearly collapsed in late summer and continues to struggle.

For days last August, people waited in lines for water to drink, bathe, cook and flush toilets in Jackson, a majority-Black city of about 150,000. The partial failure of the water system followed torrential rains and flooding of the Pearl River, which exacerbated problems at one of the city’s two treatment plants.

Jackson Mayor Chokwe Antar Lumumba, who appeared alongside Henifin at the news conference, added that he saw the city’s work with the federal government to improve the water system as an effort that would take longer than one year.

“We’re going to try to keep Ted as long as we can, but from a negotiating standpoint, the city has looked at trying to have a longer-term understanding of the various components of what needs to be accomplished with our water treatment facility,” Lumumba said. “We anticipate a working relationship with the federal government that is beyond one year.”

Henifin’s work is meant to be an interim step while the federal government, the city of Jackson and the Mississippi State Department of Health negotiate a court-enforced consent decree to mandate upgrades to the water system.

The negotiations stem from a complaint the Justice Department filed on behalf of the U.S. Environmental Protection Agency against Jackson, alleging that the city has failed to provide drinking water that is reliably compliant with the Safe Drinking Water Act. That litigation will be put on hold for six months.

The work Henifin will oversee includes a winterization project to make the water system less vulnerable and a plan to increase staffing at the city’s treatment plants, which have suffered from a dearth of skilled workers.

Henifin first arrived in Jackson on Sept. 14 at the request of the US Water Alliance, a Washington-based nonprofit that works on sustainability and water management. He stayed for over two weeks and returned again in October and November to learn learn more about the water system and the city.

Henifin spent 15 years as general manager of the Hampton Roads Sanitation District in Virginia before retiring in February. He will be paid $400,000 including travel and living expenses to run Jackson’s water system. The city of Jackson will not pay for Henifin’s work, a condition Henifin said he demanded of the Justice Department before accepting the interim manager position.

“DOJ wanted to argue that it is sort of (Jackson) taxpayer’s fault,” Henifin said. “C’mon now. Yeah, everyone pays it, the U.S. tax(payers, the treasury, but it’s not coming out of the city of Jackson’s revenue.”

Lumumba and Henifin will host a town hall meeting Wednesday to discuss the city’s agreement with the Justice Department and EPA over plans to fix the water system. Henifin said the EPA is still testing Jackson water on a regular basis.

“I tell everybody this is the most tested water in America right now,” Henifin said. “So if you’re worried about drinking water, come to Jackson because this water is really high quality, and it’s very well tested.”

Michael Goldberg is a corps member for the Associated Press/Report for America Statehouse News Initiative. Report for America is a nonprofit national service program that places journalists in local newsrooms to report on undercovered issues. Follow him on Twitter at twitter.com/mikergoldberg.