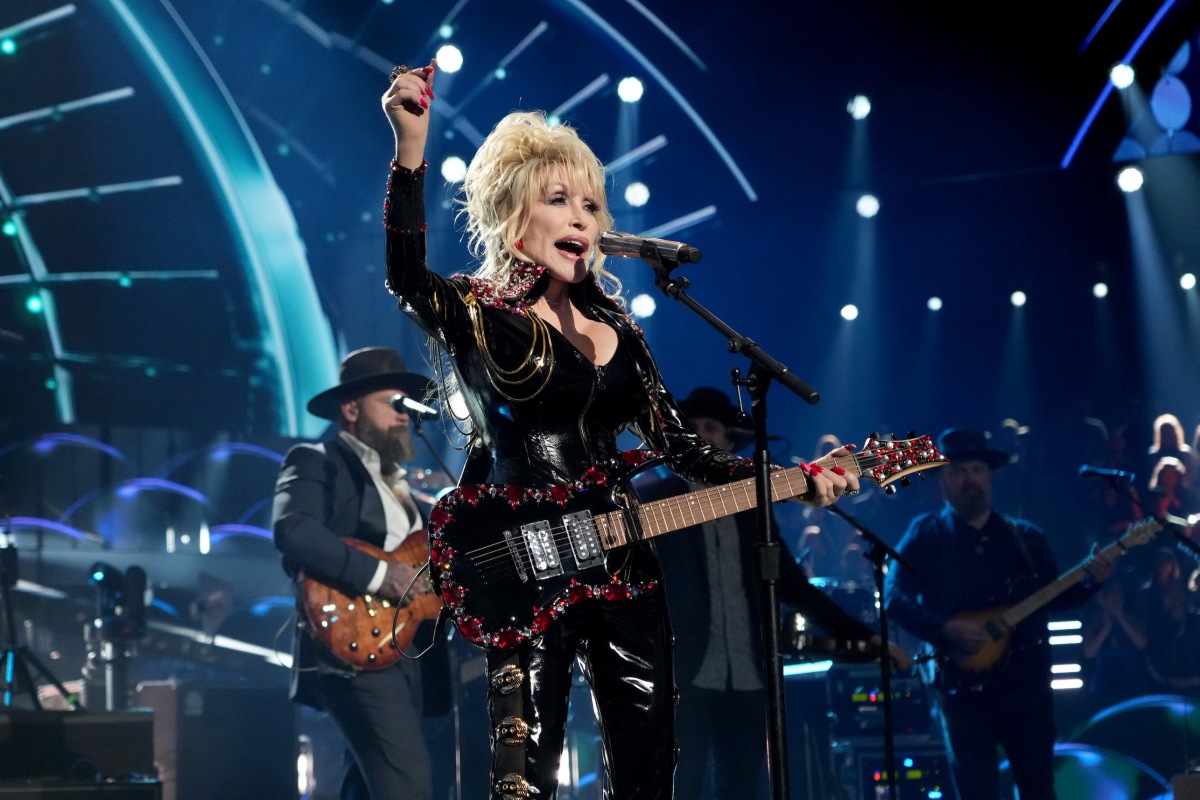 Dolly Parton has been the queen of country music for a long time, but now she is exploring the world of rock n’ roll. She has been teasing an upcoming rock album since her nomination to the Rock and Roll Hall of Fame. Now, she has revealed more information about the album, including a few of the legendary rockstars she will cover.

While the Rock and Roll Hall of Fame, located in Cleveland, OH, is meant to honor rockstars, the hall has now become a place that honors all types of music throughout the industry’s history. In 2022, Dolly Parton was a part of the latest class of inductees, which included Eminem, Pat Benatar, Lionel Richie, Duran Duran, and Eurythmics.

In an appearance on The Tonight Show Starring Jimmy Fallon, Parton said she was surprised to have received the honor because she never considered herself to be a rockstar. However, once she realized it meant more than that, she decided to “accept it gracefully” and even performed at the 2022 induction ceremony.

“Honestly, I was sincere – I didn’t mean to start any controversy, but when they said they wanted to put me in the Rock & Roll Hall of Fame, I always thought that was for people who spent their whole life working to be in rock ‘n’ roll. You don’t see Led Zeppelin in the Country Music Hall of Fame…although they could!” Parton said. “I found out it was more than that. So, when I realized what it was, I said if they put me in anyway, I would certainly accept it gracefully, which I did. I even wrote a song about it to kinda tell the story about it.”

Dolly Parton plans on releasing a rock album next fall called Rock Star to celebrate her induction into the Rock and Roll Hall of Fame. The album will feature many covers of iconic songs and a couple of originals written by Dolly. The “9 to 5” singer told Fallon a few of the memorable songs she plans to cover.

“I’d always thought I might want to do a rock record because my husband is a rock ‘n’ roll freak. I thought, ‘If I’m ever gonna do it, now’s the time. It’s gonna come out next fall, and you know what I’m calling it: Rock Star… I am going to have some cameo people…we’re gonna have some great iconic songs like ‘Purple Rain,’ ‘(Can’t Get No) Satisfaction,’ ‘Stairway to Heaven,’ ‘Free Bird.’”

Parton wants Led Zeppelin to reunite for her next album

The country singer-songwriter also plans on having a few guest appearances on her rock album. In an interview with Pollstar, Parton said she plans on re-recording “Stairway to Heaven” by Led Zeppelin for her rock album, and she wants guitarist Jimmy Page and singer Robert Plant to feature on it.

“I’m going to redo that really on the money,” Parton shared. “I did it kind of bluegrass-style when I did it; but when I do the rock album, I’m going to actually re-record it – and do it more true to the regular record. I’m trying to see if Robert Plant might sing on it. Maybe Jimmy Page might do the pick-up part on it.  I’m looking forward to dragging in some of the great classic people, girls and boys, to sing on some of the songs.”

Her rock album has no official release date, but Parton revealed it should be arriving next fall.

RELATED: Dolly Parton Reveals Plans to Open ‘Dolly Center’ in Nashville, Along With a New Museum

‘Outer Banks’ Season 3 Trailer: John B Reunites With His Dad and the Pogues Hunt for El Dorado Treasure