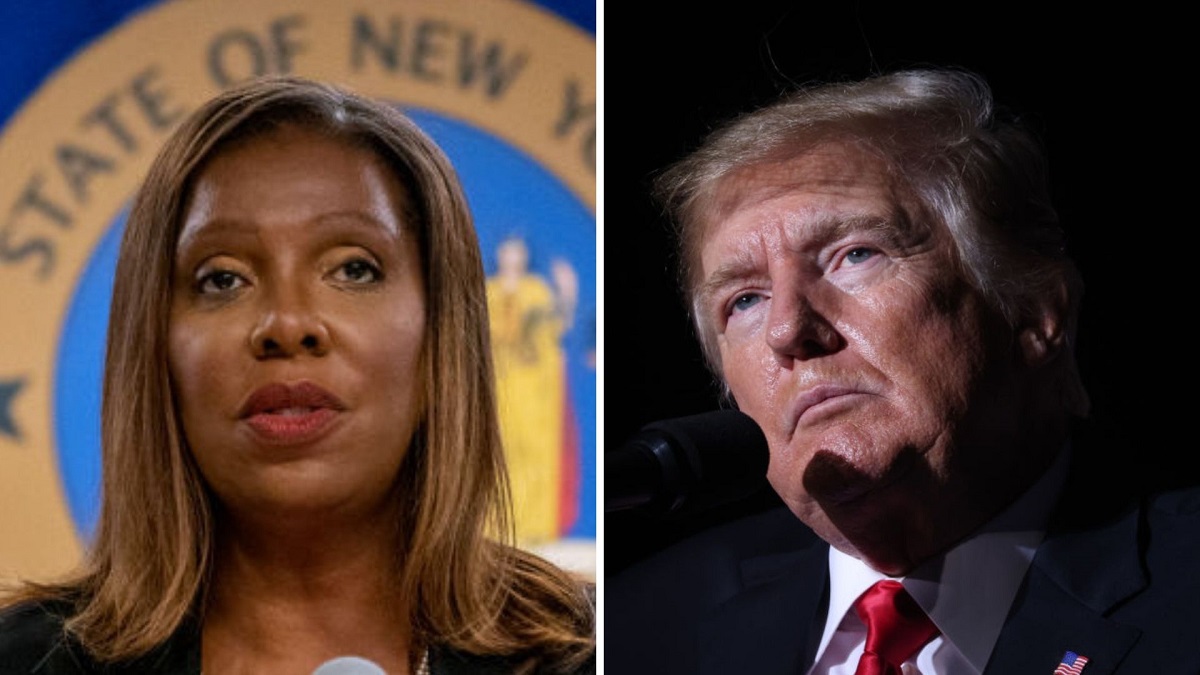 Donald Trump and members of his family committed a long-running bank, tax and insurance fraud that was “astounding” in its scope, New York Attorney General Letitia James alleged in a blockbuster and long-awaited lawsuit on Wednesday.

And while the suit is only civil, James is referring the former president and his family to the IRS’s criminal division, and to federal prosecutors in Manhattan, for possible violations of tax law.

The suit, which runs to more than 200 pages, alleges that the former president systematically inflated his net worth for purposes of getting better loan terms, while at the same time deflating his worth and the value of his holdings to get more favorable tax treatment. Trump’s children Donald Jr., Ivanka and Eric are also named as defendants.

“The examples I laid out just barely scratch the surface of the misconduct that we have uncovered,” James told a news conference to announce the suit, after running through a litany of claims against the former president. “The pattern of fraud and deception that was used by Mr. Trump and the Trump Organization for their own financial benefit is astounding.”

“It was a scheme that by its very nature became more profitable over time,” she added.

The fraud allegedly included the former president’s compound at Mar-a-Lago in Florida, his controversial hotel in Washington D.C. and even his own triplex at Trump Tower in Manhattan – three examples of what the AG alleges were more than 200 instances of fraud over the course of 10 years. In one example, James said Trump overinflated the value of Mar-a-Lago almost 10-fold.

The AG’s office is seeking about $250 million in penalties, to bar Trump and his children from being officers of any New York-based company for five years, and to bar them from borrowing from any New York-registered financial institution for five years.

“We believe the conduct alleged in this action also violates federal criminal law,” James said at the news conference, referencing the alleged filing of false financial statements, as well as purported bank fraud.

Trump’s attorney blasted the lawsuit in the strongest terms.

“Today’s filing is neither focused on the facts nor the law – rather, it is solely focused on advancing the Attorney General’s political agenda. It is abundantly clear that the Attorney General’s Office has exceeded its statutory authority by prying into transactions where absolutely no wrongdoing has taken place. We are confident that our judicial system will not stand for this unchecked abuse of authority, and we look forward to defending our client against each and every one of the Attorney General’s meritless claims,” attorney Alina Habba said in a statement.

The suit and criminal referral add to the former president’s many ongoing legal woes, which include a recent FBI search of his Florida home and an ongoing probe into election interference in Georgia.

The attorney general’s office subpoenaed Donald Trump and his children earlier this year, a move that touched off a bitter court fight. Trump eventually appeared for that deposition, only to invoke his Fifth Amendment rights to refuse to answer any questions.

James said Wednesday that her office has rejected multiple settlement offers by Trump’s side, but that her office’s doors were open if Trump wanted to pursue a deal again.