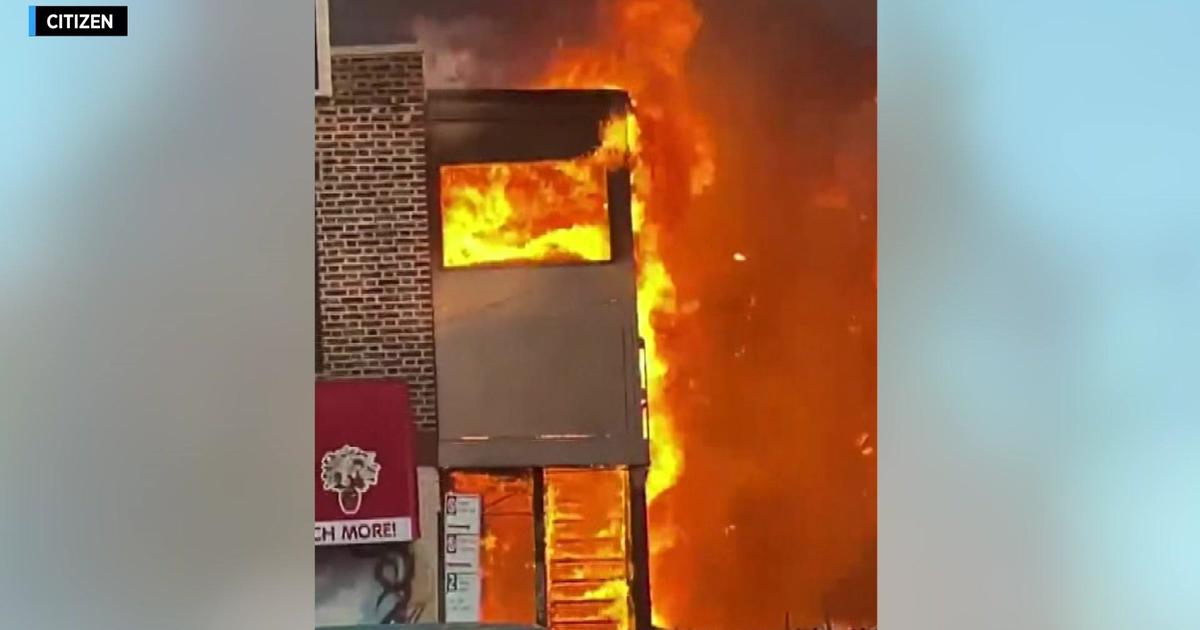 NEW YORK — There’s new information about a fire in the Bronx that led to dramatic rescues Friday.

People climbed on a roof and crawled onto awnings to escape, helped down by good Samaritans waiting down below.

The flames bursting out of the back of 3750 East Tremont Avenue engulfed the wooden staircases that lead up to the second-floor apartments.

It was around 7:30 p.m. Friday, and with no way down, witnesses say everyone ran to the end of the second-floor hallway, where there’s a door that opens up to the rooftop of Barrio BX next door.

“So lucky that there’s a gate that connects to our roof so all the neighbors, because they couldn’t go that way, managed to get thru the door jump on our roof jump on our awning,” Barrio BX co-owner Tony Martinez told CBS2’s Lisa Rozner.

Martinez says staff and good Samaritans pitched in to help residents down.

“We caught a baby. I came out when they were, like, passing a baby, a 6-year-old and then pets,” he said. “I’ve never seen so close up a fire that extreme.”

It took firefighters about an hour and a half to bring it under control, and the FDNY says eight civilians and a firefighter sustained minor injuries.

Professor of fire science Glenn Corbett says the exterior wooden stairs would likely not be considered by the city to be a fire escape.

“It appears that what happened here is that not only did the stairs themselves provide this enormous fuel load of large volume of fire, but the power behind it allowed the fire to spread into the building from the outside. And that apparently cut off the means of egress,” Corbett said.

He adds it is illegal to have exits that go from one building to another, which seems to be the case here.

So far, the Department of Buildings has not issued any violations in relation to Friday’s fire. CBS2 did reach out to the owner, and he declined to comment.

The FDNY says the investigation is ongoing, and the DOB has issued vacate orders for all seven apartments and some of the ground-floor stores.