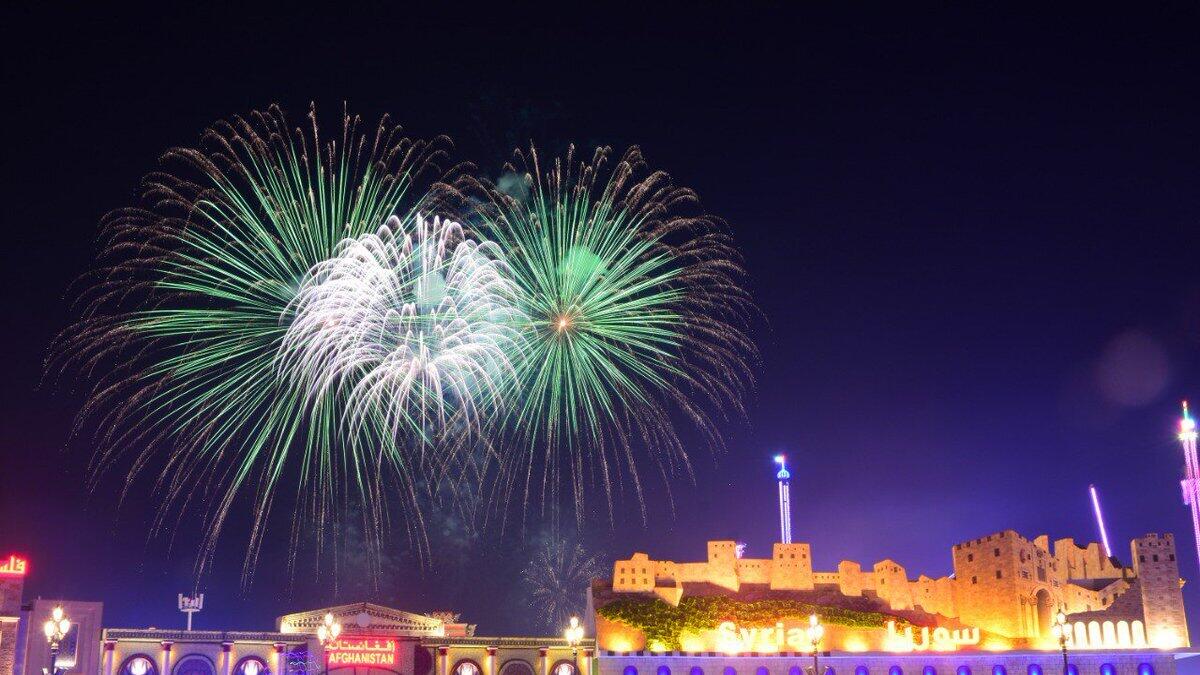 From today until December 3, the attraction will remain open until 1am.

The venue has planned host of activities during the holidays, including a spectacular National Day-inspired fireworks.

Besides its firework shows, Global Village has lined up a series of shows and musical performances for the National Day long weekend.

From December 1 to 4, guests will be able to enjoy spectacular musical performances, along with themed activities and entertainment.

Emirati folk songs and the national anthem ‘Ishy Bilady’ will fill the air as Global Village is painted in UAE colours. Among those who will be taking the stage are 33 talented musicians in a special orchestra, a violinist, and a harpist.

Alongside these performances and showcasing the spirit of tolerance of the UAE, the main stage will host a range of cultural shows from the 27 pavilions represented at the destination.