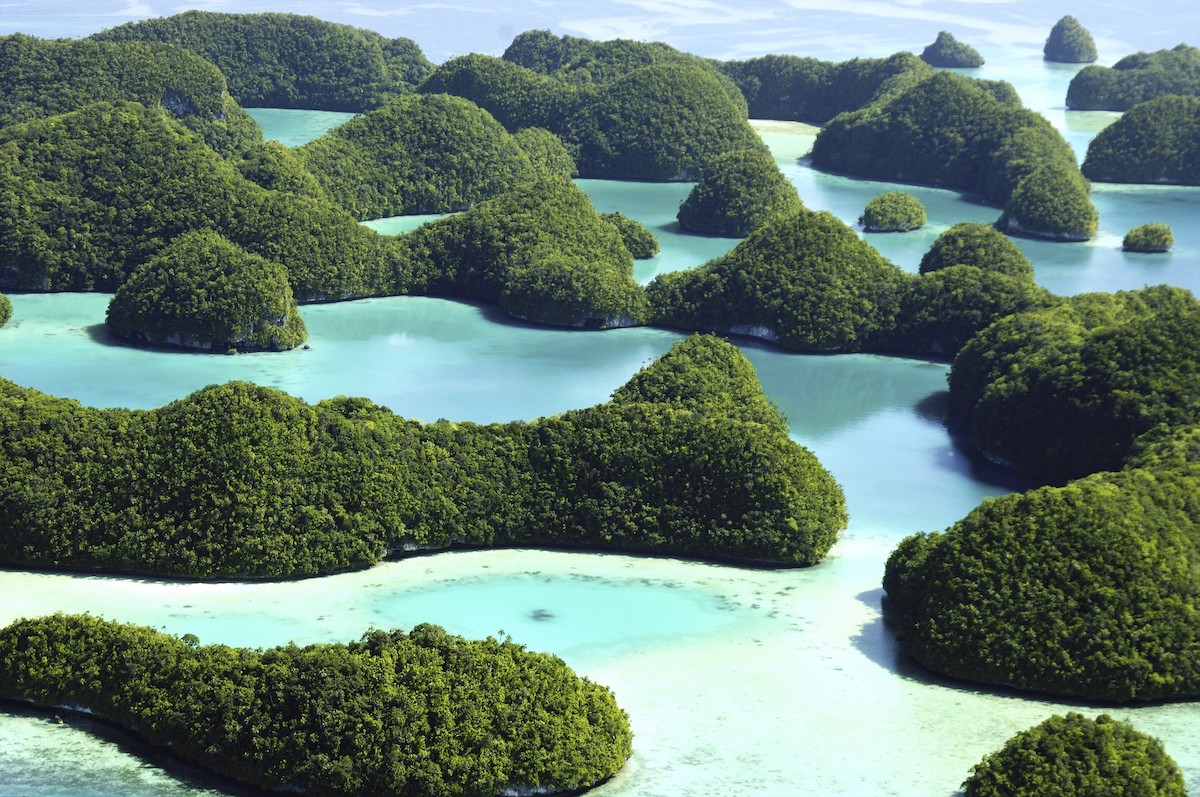 In 1989, distinguished Australian geographer Gerard Ward wrote that the Pacific was emptying out. As people on smaller islands left to seek opportunity elsewhere, the region risked becoming Earth’s empty quarter. He wrote:

Perhaps 100 years hence, almost all of the descendants of today’s Polynesian or Micronesian islanders will live in Auckland, Sydney, San Francisco and Salt Lake City. Occasionally they may recall that their ancestors once lived on tiny Pacific islands … set in an empty ocean.

Ward’s prediction attracted criticism for its doomsday tone. But was he right?

For some points on the map, he may have been spot on. Some of the smallest populations are now falling. An extreme case is tiny Pitcairn Island, a British territory with a population of fewer than 50; it’s been well over a decade since the last child was born there.

But it’s not the same everywhere in the Pacific. While Micronesia and Polynesia are broadly shrinking, Melanesian populations are booming.

Migration isn’t new, of course. What will be new is the prospect of so many people moving that small nations and territories effectively cease to exist. Climate change will only intensify these shifts.

Who’s leaving – and where are they going?

Just in the past six months, populations have declined in the US territory American Samoa and in the Marshall Islands, a sovereign nation that has a “compact of free association” with the US, as well as in the French overseas collectivity of New Caledonia.

American Samoa’s population has fallen from around 56,000 in 2010 to under 50,000 in 2020, according to US census data. This is due in part to younger people moving to the US mainland and having children there. Just 6% of the territory’s population were born in the United States, indicating very few people return once they have moved.

Populations are falling even faster in the Marshall Islands to the north, down 20% between 2011 and 2021 to around 42,000 people. Where are people going? Predominantly to the US, where Marshall Islanders are scattered from Hawaii to Arkansas.

There are good reasons for people to move. The Marshall Islands’ 2021 census found that almost half of all families on the islands worried about not having enough to eat. Islanders are moving to escape poverty.

New Caledonia’s population has now fallen below 270,000. Birth rates have fallen, while Covid drove death rates up. When people migrate, they tend to move to France.

Is the same trend visible elsewhere?

Longer-term declines are visible in the neighboring Federated States of Micronesia and Palau, although not at such dramatic rates. Following New Caledonia into decline are the Pacific’s other two French territories, French Polynesia, where the population has plateaued, while the population of the much smaller territory known as Wallis and Futuna is steadily declining.

For other states, the major migration has already happened. More than 90% of all Niue residents live in New Zealand, where they hold citizenship, leaving only around 1,600 living on the islands as of 2017. For the people of this isolated, rocky island, migration has become normal, expected and even necessary.

Tokelau, too, has the lion’s share of its people in New Zealand – 7,000, compared with just 1,500 remaining on the islands. It’s the same for the larger Cook Islands, with more than 60,000 in New Zealand and fewer than 15,000 people on the islands. The populations on all three of these island nations are holding relatively steady.

What about the larger states? Long sandwiched between smaller Polynesian and larger Melanesian states, Fiji’s population growth has now slowed dramatically. Many people are moving internally, leaving smaller islands farther out in favor of the two main islands.

Both Tonga and Samoa are steadily losing people, many to New Zealand. These nations still have the majority of their populations resident on their islands, for now.

Why do people leave even larger island states, where there are better economic opportunities?

One answer is remittances, the funds that migrants working overseas send back home to support their families. Remittances were particularly important during Covid lockdown periods when tourism collapsed – and even more so for Tonga after this year’s giant eruption of an undersea volcano. On the world stage, Tonga and Samoa are among the top remittance-receiving countries. The World Bank estimates remittance flows are equivalent to 40% of Tonga’s GDP and 25% of Samoa’s.

What about climate change?

Rising sea levels are affecting the lowest-lying nations first, such as the atoll states of Kiribati and Tuvalu, which are only a few meters above sea level.

Already, storm surges have forced people to move to higher ground, while flooding from the sea has made some farmland too salty for crops. That’s why Kiribati’s former president, Anote Tong, has sought “migration with dignity” – essentially, wholesale relocation of all Kiribati people.

You might expect the populations of these threatened nations to be dropping, but they’ve actually grown in recent years. Despite this, people are moving wherever possible – one by one, household by household. A third of all Tuvaluans now live in Auckland.

Only the independent Melanesian states of Vanuatu, Solomon Islands and Papua New Guinea are resisting this trend. Here, populations are still growing and few people are leaving permanently.

In part, that’s because their former colonizers aren’t interested in encouraging migration. Australia, which governed Papua New Guinea until 1975, has shown interest mainly in bringing migrants to Australia temporarily, to help with the farm labor shortage.

That means the largest islands in the Pacific – and the islands closest to Australia – will continue to grow, with the attendant pressure on resources.

What does mass emigration do to a country?

Losing skills, farmers and the next generation to faraway places is not conducive to national development. Remittances are not the same as actual people. Children born overseas often have little interest in “returning” to a home they’ve never seen.

Remarkably, this is happening when the Pacific has become geopolitically crucial, as China and the US vie for influence over a massive and valuable space.

Gerard Ward foresaw what these alarming trends would mean for the blue continent. Even as the world’s population has just shot past eight billion, one part of the world is contracting.

John Connell is a professor of human geography at the University of Sydney.