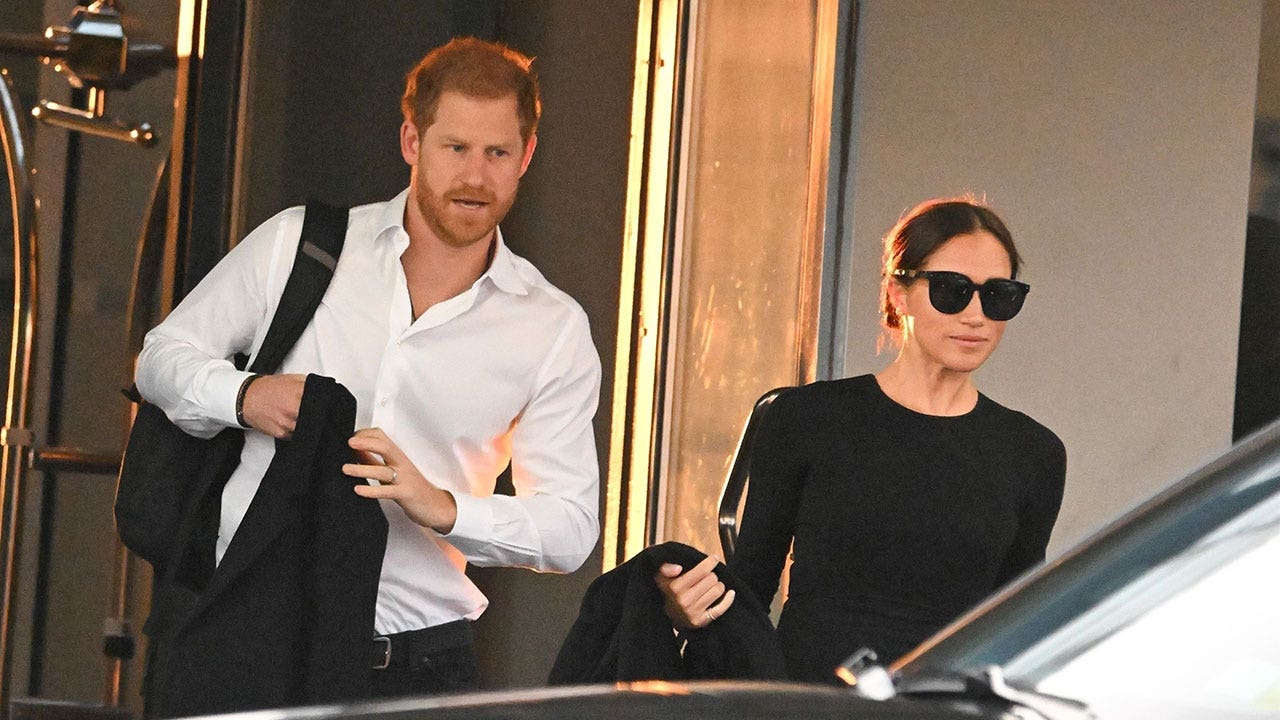 Environmental activists Prince Harry and Meghan Markle, the Duch and Duchess of Sussex, were seen this week disembarking from a private jet at a New York City-area airport.

The couple was photographed exiting the aircraft at John F. Kennedy International Airport in New York City before greeting several people awaiting their arrival and entering a nearby SUV. Prince Harry and Markle are outspoken climate activists and have implored people to alter their lifestyle choices to account for potential environmental impacts.

“There is a ticking clock to protect our planet — with climate change, the deterioration of our natural resources, endangerment of sacred wildlife, the impact of plastics and microplastics, and fossil fuel emissions, we are jeopardizing this beautiful place we call home — for ourselves and for future generations,” the pair said in joint social media post in 2019. “Let’s save it. Let’s do our part.”

In a separate statement at the time, Prince Harry lamented that environmental destruction has been treated as “a necessary by-product of economic growth.”

“So deeply ingrained is this thinking that it has been considered part of the natural order that humankind’s development comes at the expense of our planet,” the Duke of Sussex added. “Only now are we starting to notice and understand the damage that we’ve been causing. With nearly 7.7 billion people inhabiting this Earth, every choice, every footprint, every action makes a difference.”

Prince Harry and Markle also announced in the same social media post that they would use their platform to highlight climate change as a key social issue.

In addition, the couple’s California-based organization Archewell pledged to achieve net-zero emissions by the end of the decade ahead of a United Nations climate summit in late 2021.

“As global leaders convene for COP26 to commit to solutions for our climate crisis, all of us at Archewell, led by The Duke and Duchess of Sussex, share our pledge towards a more sustainable future by becoming net zero by 2030,” the organization said in a statement on Nov. 2, 2021.

“Our co-founders, Prince Harry and Meghan, The Duke and Duchess of Sussex, have a long-standing commitment to the planet, both together and prior to their union, with global projects and partnerships dating back over a decade,” it continued.

PIC OF MEGHAN MARKLE, PRINCE HARRY BEING HOUNDED BY PAPARAZZI IN NETFLIX DOC IS FROM ‘HARRY POTTER’ PREMIERE

Prince Harry also recently founded a group that researches sustainable travel methods as well as an investment platform that focuses on an environmentally-friendly portfolio.

And the couple pledged in 2019 to have just two children in an effort to minimize their family’s impact on climate change, a decision applauded by London-based population control group Population Matters.

“It’s a fantastically responsible and effective choice that Harry and Meghan have made, because choosing to have one less child — particularly in a rich developed economy like the U.K. —  is the most effective eco-action you can take,” Population Matters director Robin Maynard said in July 2019.

Prince Harry and Markle traveled to New York this week to attend the Ripple of Hope Awards ceremony hosted by the Robert F. Kennedy Human Rights organization on Tuesday. They are slated to receive an award for the Archewell Foundation’s work on human rights and social issues.

The ceremony will also highlight leaders who have demonstrated a commitment to social change and worked to protect and advance equity, justice and human rights. It will also give awards to individuals who prioritized sustainability.

“At the helm of major corporations, this year’s laureates have prioritized equity, inclusivity, and sustainability in the workplace and the world,” Robert F. Kennedy Human Rights said in a statement.

Thomas Catenacci is a politics writer for Fox News Digital.

Frankfurt: Food test “Dining Room”: “55 euros for breakfast is too much”