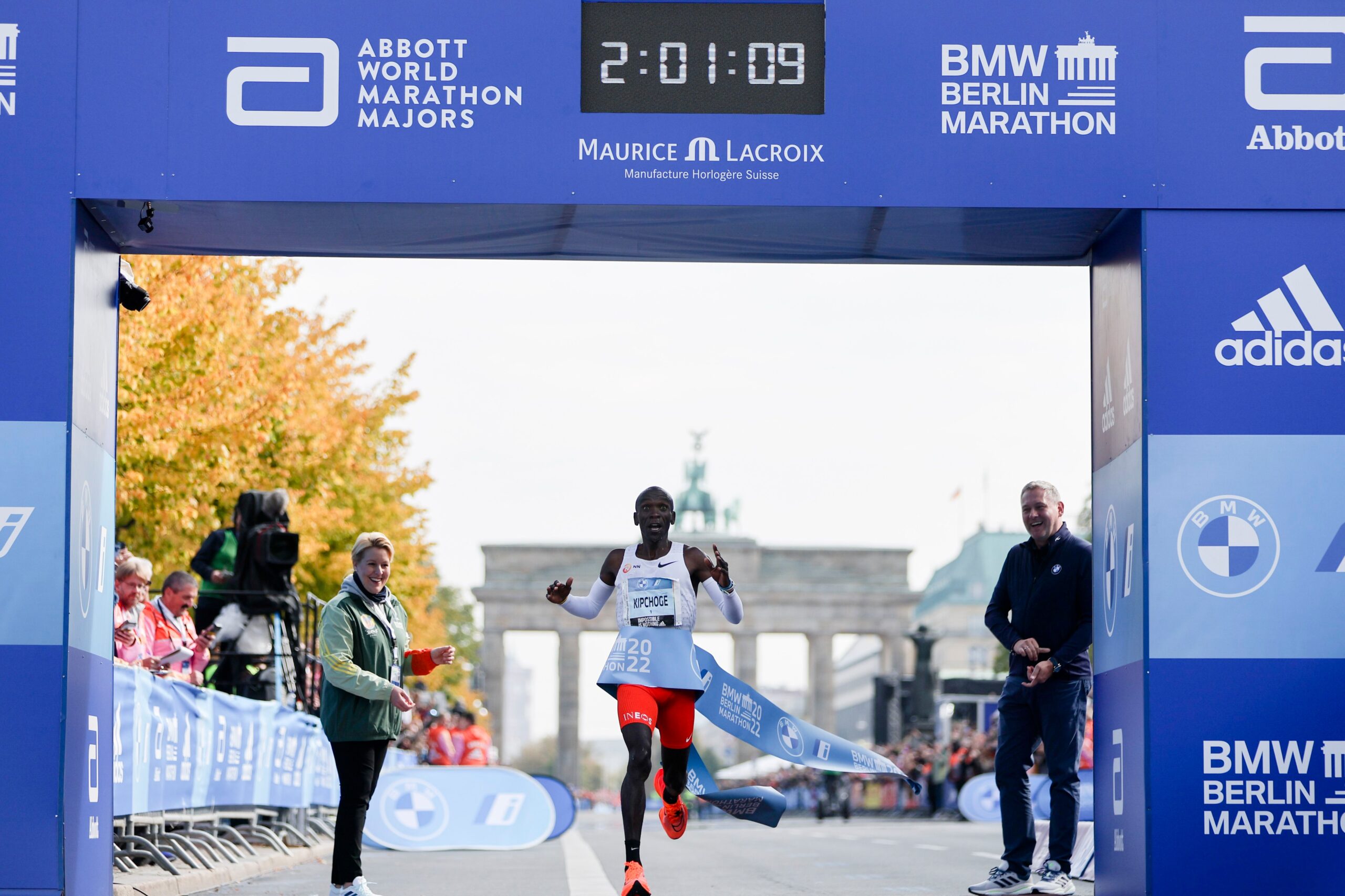 Eliud Kipchoge’s goal for the 2023 Boston Marathon is simple. Win.

Already a champion at four of the six major world marathons, the 38-year old Kenyan is eager to write the next chapter of his pursuit of a Six Stars medal given to runners who participate in all of them. Kipchoge announced last week he plans to run Boston on Patriots Day for the first time in his historic career, which will leave only the New York City Marathon on his to-do list.

“My plan is to win,” Kipchoge said Monday. “It would mean a lot to come to Boston. Win Boston. And then go back to Kenya and celebrate.”

The world record-holder for the marathon, Kipchoge has already won the London and Berlin marathons four times each, and claimed first place at Chicago and Tokyo once each. In 2022, Kipchoge broke the Tokyo course record in March before beating his own world record at Berlin in September with a time of 2:01:09.

When asked Monday about the possibility of breaking the course record in Boston (2:03:02 by Geoffrey Mutai in 2010), Kipchoge grinned and downplayed it.

Winning Boston and New York is all that stands between Kipchoge becoming the first men’s runner to win all six majors. He said the world-renowned Boston Marathon has always been in his mind since he started running marathons professionally in 2013.

“Boston has been in the front of my mind of the total of my career,” said Kipchoge. “It is the next chapter in my major marathons. I’m really excited for the Boston Marathon in 2023 and I want to spread positivity and good vibes at the finish line.”

Boston will present a different challenge for Kipchoge with its rolling hills in Newton. Kipchoge is used to running on flat courses, but said Monday he will not alter his training regime much in preparation for Boston.

He is also unfamiliar with the course, and talks with his management over the next few months will determine whether he makes a trip to Boston to scout the layout.

“I want to familiarize myself with the town, the culture of Boston, and see how the course is,” said Kipchoge. “All in all I will see what benefits me.”

Kipchoge mentioned the word “history” often in Monday’s interview session, which he joined from his home in Kenya. He said he will not run any races in the next four months ahead of April’s marathon, his efforts and energy solely focused on winning Boston.

“I’m really, really looking forward to Boston and the rich culture,” said Kipchoge. “It’s really important to me. I can’t wait for these four months to pass.”