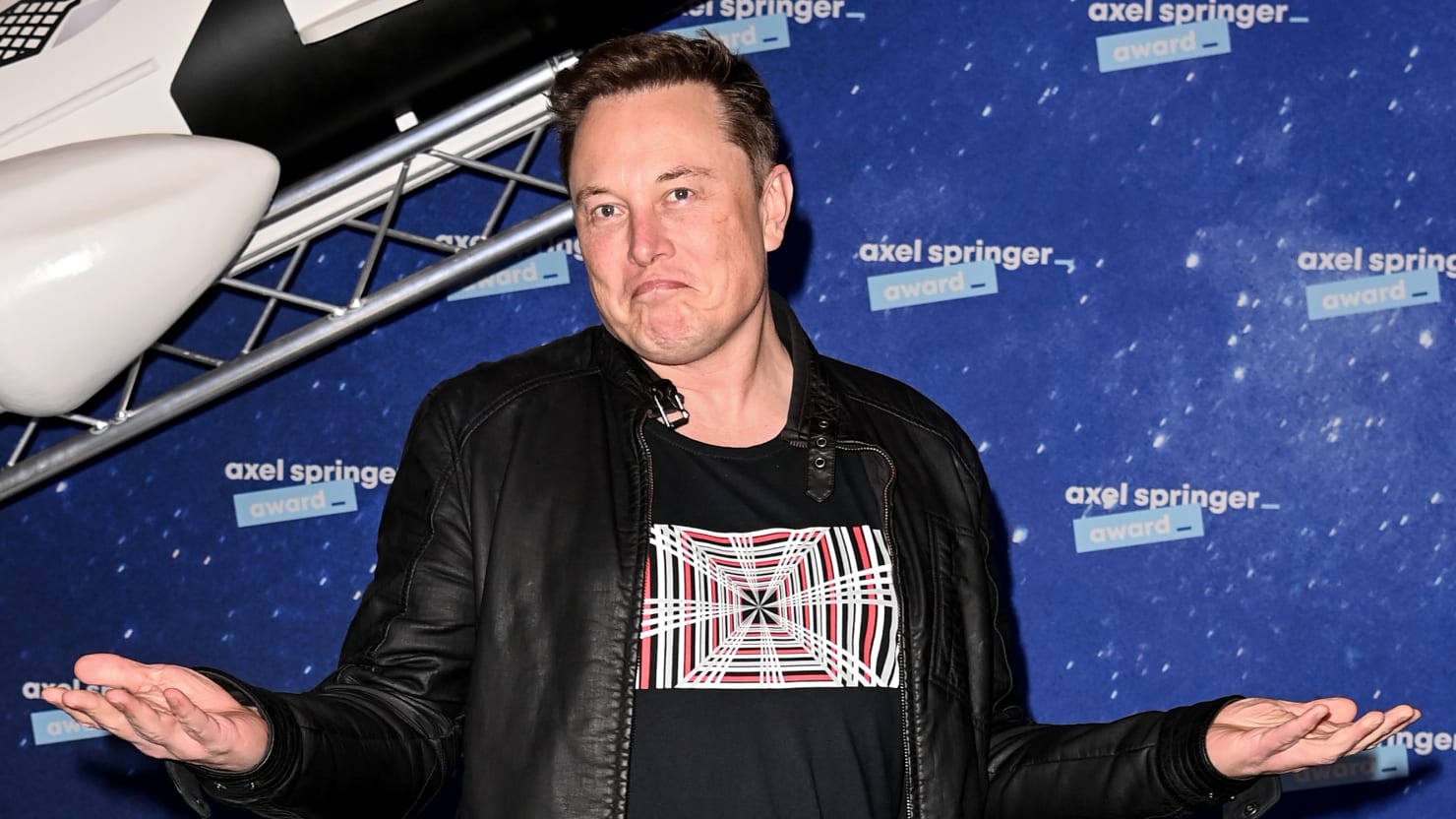 Elon Musk faced many parents’ worst nightmare earlier this year, when one of his teenage children petitioned to change her name, saying she “no longer live[d] with or wish[ed] to be related to my biological father in any way, shape or form.”

In an interview with the Financial Times published on Friday, he argued that neo-Marxist ideology has infected students at many schools and universities, seemingly including his daughter.

“It’s full-on communism….and a general sentiment that if you’re rich, you’re evil,” he told the outlet. “It may change,” he added, of their relationship, “but I have very good relationships with all the others. Can’t win them all.”

Musk did not immediately respond to a request for comment.

The billionaire’s daughter—whose name The Daily Beast has withheld in the interest of privacy—had also filed to change her registered gender to female. Her petition was reportedly approved in June.

Around that time, after The Daily Beast approached Musk for comment regarding the disavowal, he requested that his daughter’s privacy be respected, saying that “she does not want to be a public figure.”

Musk has been criticized for comments he has made about gender pronouns. In 2020 he declared on Twitter, unprompted, that “pronouns suck.” Later that year, he separately tweeted, “I absolutely support trans, but all these pronouns are an esthetic nightmare.”

And last summer, just before his daughter was granted her name change, he tweeted, “We are simultaneously being told that gender differences do not exist and that genders are so profoundly different that irreversible surgery is the only option…Perhaps someone wiser than me can explain this dichotomy.”

In his interview with the FT, Musk depicted his social media commentary as a sort of game—never mind that every uninhibited thought is broadcast to his 108 million followers.

“Aren’t you entertained?” he said. “I play the fool on Twitter and often shoot myself in the foot and cause myself all sorts of trouble… I don’t know, I find it vaguely therapeutic to express myself on Twitter. It’s a way to get messages out to the public.”

But Musk, the world’s richest man, knows he wields real power. He told the FT that he is contemplating launching his own Super PAC to back “candidates with moderate views.” (Musk said this summer that he is leaning toward right-wing Florida Gov. Ron DeSantis as his 2024 presidential candidate of choice.)

If that influence weren’t enough, he may also soon control Twitter, one of the world’s most important communications platforms—and has said he would reinstate former President Donald Trump’s account.

Musk had pledged to buy the platform in the spring, then abruptly changed his mind, sparking litigation in the Delaware Court of Chancery. Earlier this week, he announced that he was once again open to completing the deal, though as always, there was reason to be skeptical.