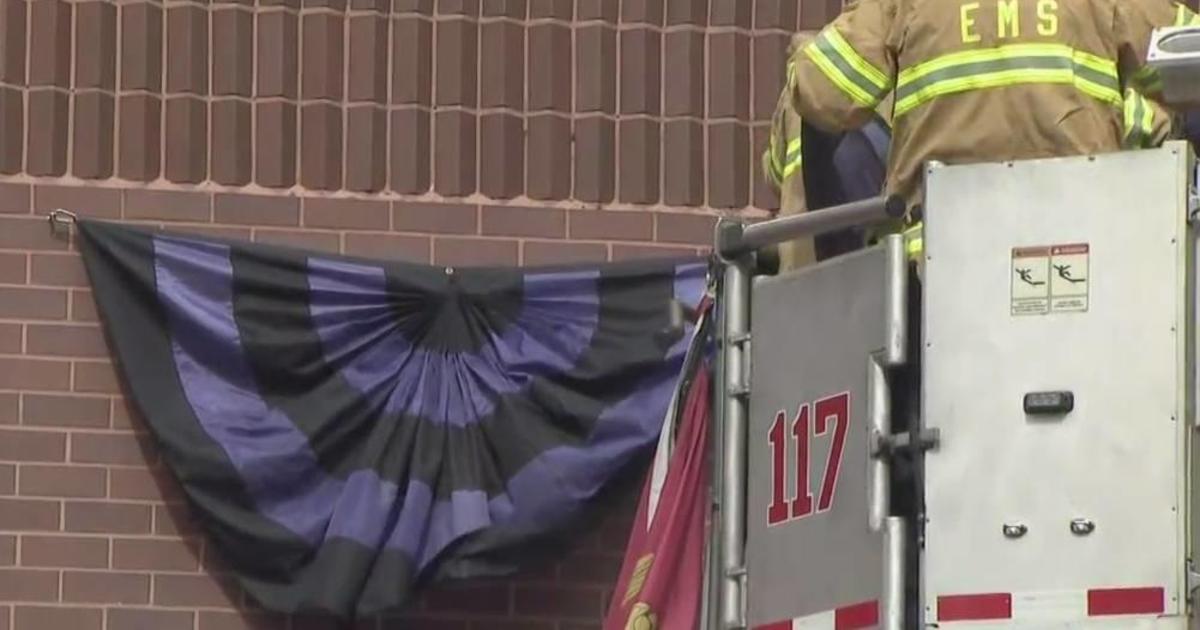 NEW YORK — The FDNY community is mourning the loss of EMS Lt. Alison Russo, who was stabbed to death while on duty Thursday in Queens.

FDNY members draped purple and black bunting on the exterior of the station house where Russo spent at least six years as a lieutenant. Her career spans more than 20 years.

“She was such a great person, a heart of gold. She was here for the whole station. She made sure that we were all OK,” said Madelyn Higueros, a paramedic.

“She was a civil servant who dedicated her life to caring for the people of this city for 25 years,” said FDNY EMS Chief Lillian Bonsignore.

According to the FDNY, Russo became an EMT with the department in 1998 and she saved lives at the World Trade Center on 9/11. By 2002, Russo was promoted to paramedic and then lieutenant in 2016.

Close friends said Russo, 61, was a joy to be around and work with.

“It’s a tremendous loss that we will feel for a very long time to come,” an FDNY member said.

More than 100 FDNY members came out for the procession leading Russo’s body from Mount Sinai Queens to the medical examiner’s office.

“She was working for this city. She paid the ultimate sacrifice because of that,” said Mayor Eric Adams.

“She loved all the other guys under her. She used to call them her kids and she was a happy person,” said friend Jackie Gardiner.

Russo, according to police, was on duty Thursday afternoon and had left the station get food when she was attacked and stabbed to death.

Police identified the suspect as 34-year-old Peter Zisopoulos, who was arrested and charged with murder and criminal possession of a weapon.

Russo leaves behind a daughter and her parents.