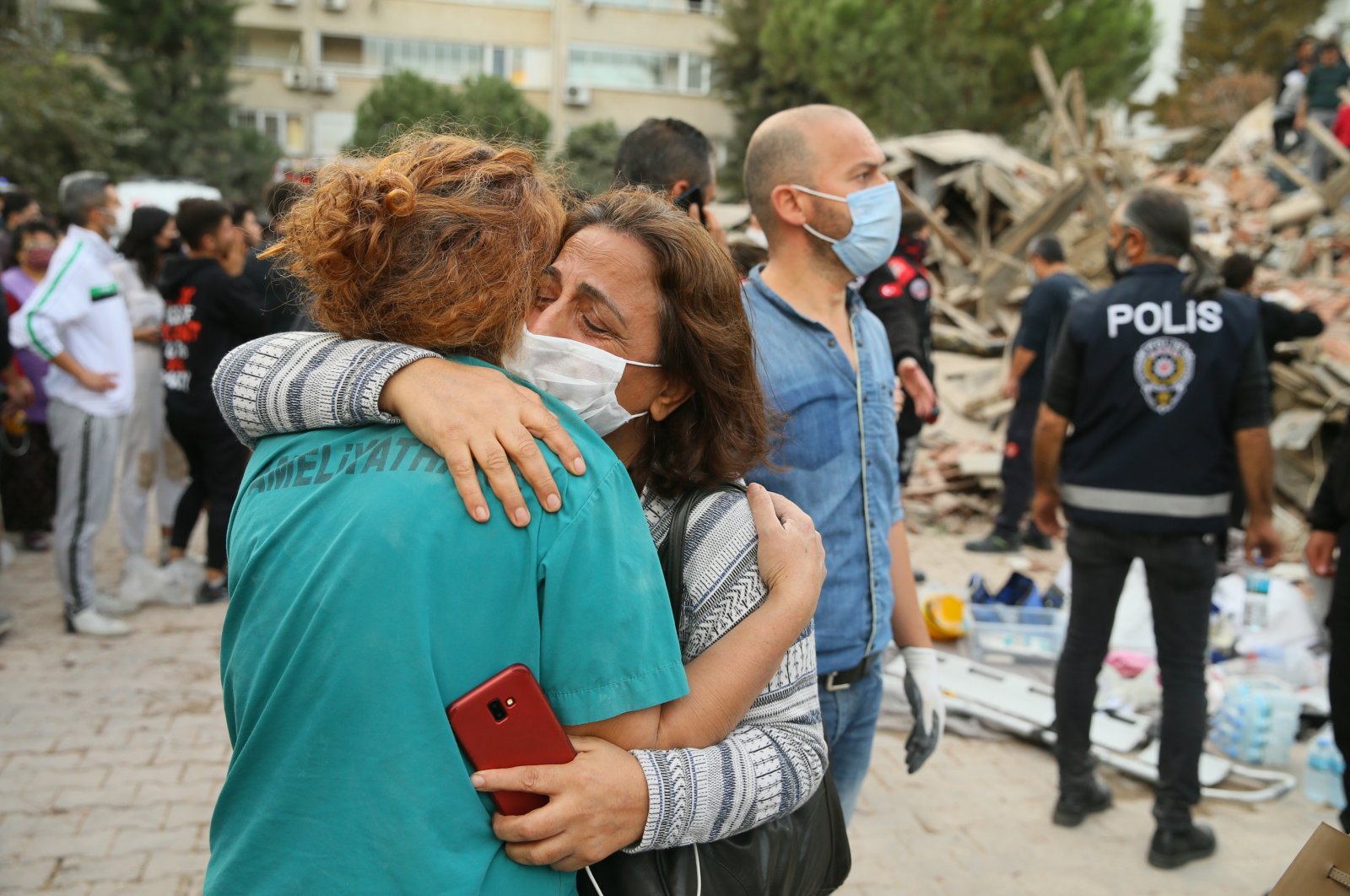 Two years ago, a magnitude 6.6 earthquake that struck Türkiye’s third-largest province, which is located on the Aegean coast, claimed 117 lives. For a nation prone to catastrophic earthquakes, the calamity was nothing out of the ordinary, but for Izmir, it was unprecedented. The deadly earthquake took lots of lives and caused huge damage.

Many people lost their families, suffered trauma and still strugle to comeback to normal life. Among such cases, little Ayda is one of the symbols of the Izmir earthquake.

Ayda, who lost her mother Fidan Keskin Gezgin in the wreckage of the Rıza Bey Apartment, which was destroyed in the earthquake on Oct. 30, 2020, in Izmir, and was saved by the work of the search and rescue teams, continues her life with her father Uğur and her brother Atakan Gezgin. Ayda, whom all of Türkiye watched with tears of joy when she was rescued 91 hours after the quake, is greeted with the same interest and love, even though it has been two years since the earthquake.

Uğur Gezgin, Ayda’s father, told everyone sends follow-up requests on Instagram. “If I don’t post for a few days, ‘How is it Ayda?’ they ask. They always want me to share Ayda’s photos. She has turned 5 now and goes to kindergarten and spends time with her 10-year-old brother Atakan in the park near their house.” Trying to be both a father and a mother to his children, Uğur Gezgin explained his pain gets refreshed when he hears the date Oct. 30, and that he never wants this date to come.

Expressing that their children’s psychology is getting better and they are trying to get used to the new life, he said: “It’s like we’re back to our routine life. Ayda is aware of her mother’s passing. When she left the hospital, I told her. She misses her mother. I take her to her mother’s grave and show her pictures and videos, to soothe her feelings.”

“I had assumed that my wife would be missing us too. So, I placed our family photo on her grave from the beginning. I hope, when she misses us, she sees our photo,” he added.

Gezgin said that Ayda still remembers the earthquake, but thanks to the psychological support she received, she overcame her fear of earthquakes and the dark. Adding that, all of Türkiye took care of them after the earthquake.

“The endless love for Ayda worries the “insta fam” when I don’t post for a few days. They keep asking me about her. They always want me to share Ayda’s photo. They still haven’t forgotten us. Ayda has become the symbol of the earthquake. Ayda has become a symbol of hope and force that unites everyone,” he said.