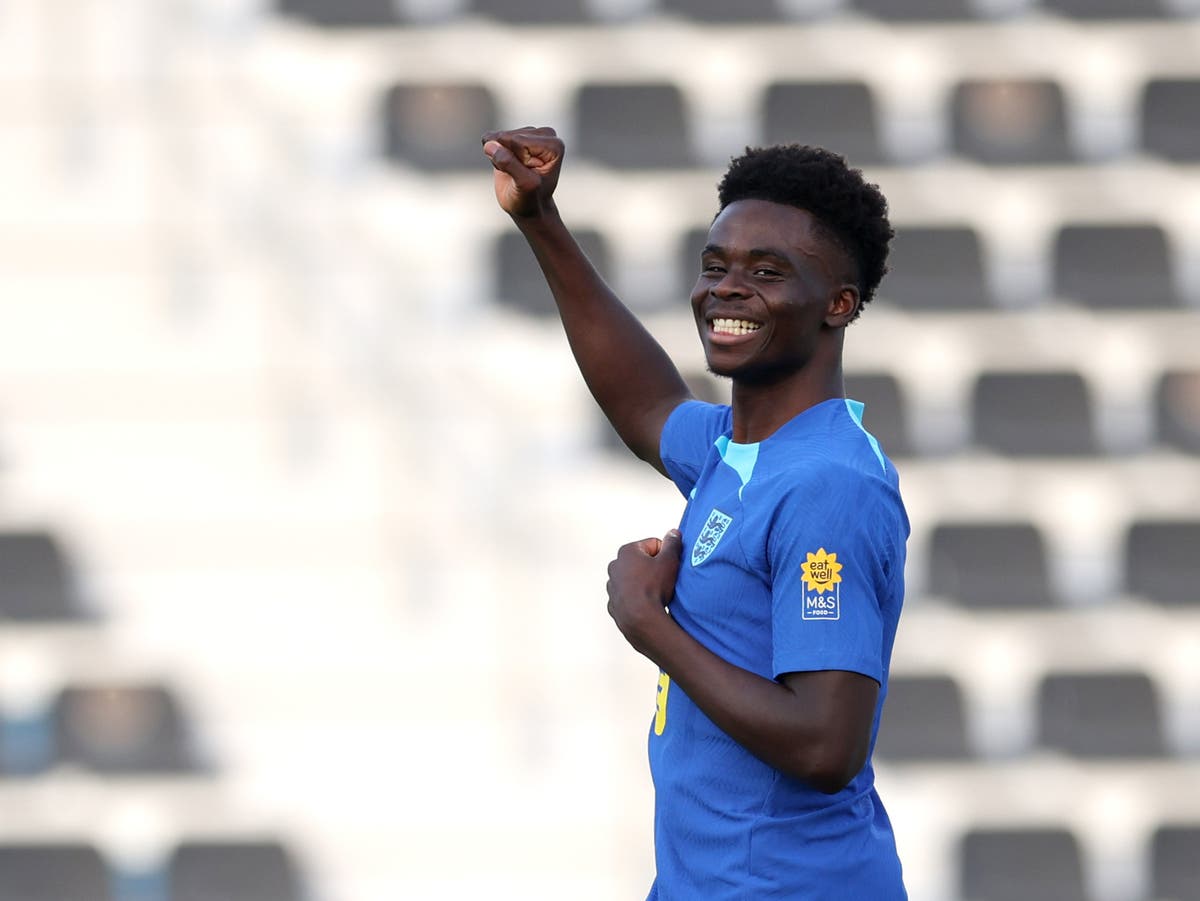 England play Senegal in the World Cup last 16 at the Al Bayt Stadium in Qatar.

Gareth Southgate’s side topped their group, clinching first after victory over Wales, while the Lions of Teranga edged out Ecuador to snatch second behind the Netherlands.

“The spirit of the team is good, we’ve got most of the group on the pitch, which is fabulous for the dynamic of the group and actually no yellow cards I think as well, which is a really good position for us.” Here’s all you need to know about the last 16 tie from Al Bayt Stadium:

England vs Senegal is scheduled for a 7pm GMT kick-off on Sunday, 4 December at the Al Bayt Stadium in Al Khor, Qatar.

England vs Senegal will be show live on ITV and STV in the UK, with coverage beginning at 6pm.

A live stream can be found on ITVX or STV Player or through each channel’s website.

Alternatively, you can follow minute-by-minute coverage from our live blog, which will be available here.

Gareth Southgate has restored Bukayo Saka to his England team for the World Cup last-16 tie with Senegal.

The Arsenal winger, who scored twice in the 6-2 opening win over Iran, was left out for the final game of Group B, a 3-0 victory over Wales, last time out.

But with a place in the quarter-finals against France at stake, Southgate has opted to recall him.

Marcus Rashford, who scored twice against Wales, drops back down to the bench.

Raheem Sterling is dealing with a family matter and was subsequently not available for selection.

The Three Lions boss sticks with the same back five that started against the Welsh with Kyle Walker, who came into this tournament off the back of injury, fit enough to keep his place at right-back ahead of Kieran Trippier.

The pressure and expectation is on England, a free hit almost for Senegal given Sadio Mane is absent. The Three Lions have extra strength in depth, which could prove vital late on, so we’ll lean towards a narrow win for England, 1-0.