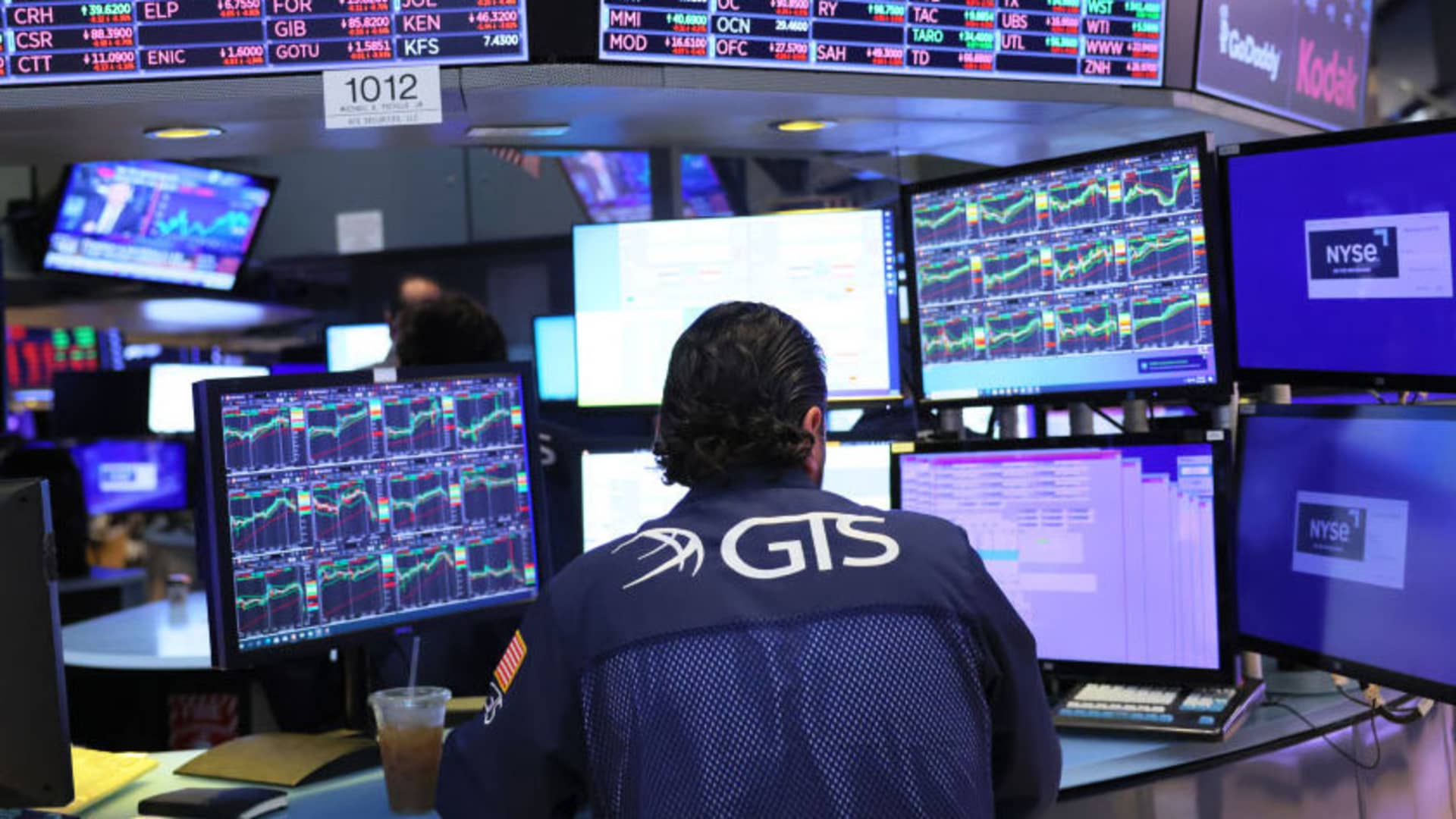 Traders work the floor of the New York Stock Exchange during morning trading on August 15, 2022 in New York City.

The euro traded at a two-decade low of 0.9903 against the U.S. dollar Tuesday morning, with analysts predicting the single currency will continue to slide.

“Our outlook and our trades and our position on the strategist side are definitely biased towards further euro depreciation from where we are now,” Luis Costa, head of CEEMEA strategy at Citibank, told CNBC’s “Squawk Box Europe” on Tuesday.

“This is the primary point of euro vulnerability now,” Costa said.

There are multiple factors at play when comparing the euro and the dollar, working in tandem with the ongoing conflict in Ukraine and mounting inflation across both regions.

For the full picture, you also have to look beyond Europe and the United States, says Costa.

“Let’s not forget there is an additional layer of complexity here from the China slowdown which obviously hits Europe with a much higher magnitude when compared to the impact in the States,” he said.

China missed GDP expectations with growth of just 0.4% in the second quarter. The world second-largest economy has struggled with the aftermath of the country’s worst Covid-19 outbreak since the start of 2020.

Until May, markets were “considering hawkish flight paths” for the European Central Bank and the Bank of England, according to Costa, but those plans have “imploded” in recent months.

“Talking about ECB liftoff… It’s absolutely glaring that ECB room to lift rates will be minimal,” he said.

Global finance institution ING’s Roelof-Jan Van den Akker made similar predictions on CNBC’s “Squawk Box Europe” last week, suggesting a widening in the interest rate differential between the U.S. dollar and the euro, as well as a further weakening of the single currency.

“[The dollar] broke below the 103.60 support level. That’s a very crucial horizontal support … And I suggest that there’s further downside potential to go. Longer-term target of between $0.80 to $0.75 in the coming months,” Van den Akker said.

“It confirms there is dollar strength as well as euro weakness,” he told CNBC.

The predictions echo concerns that inflation will continue to rise and that a recession in Europe is now unavoidable.