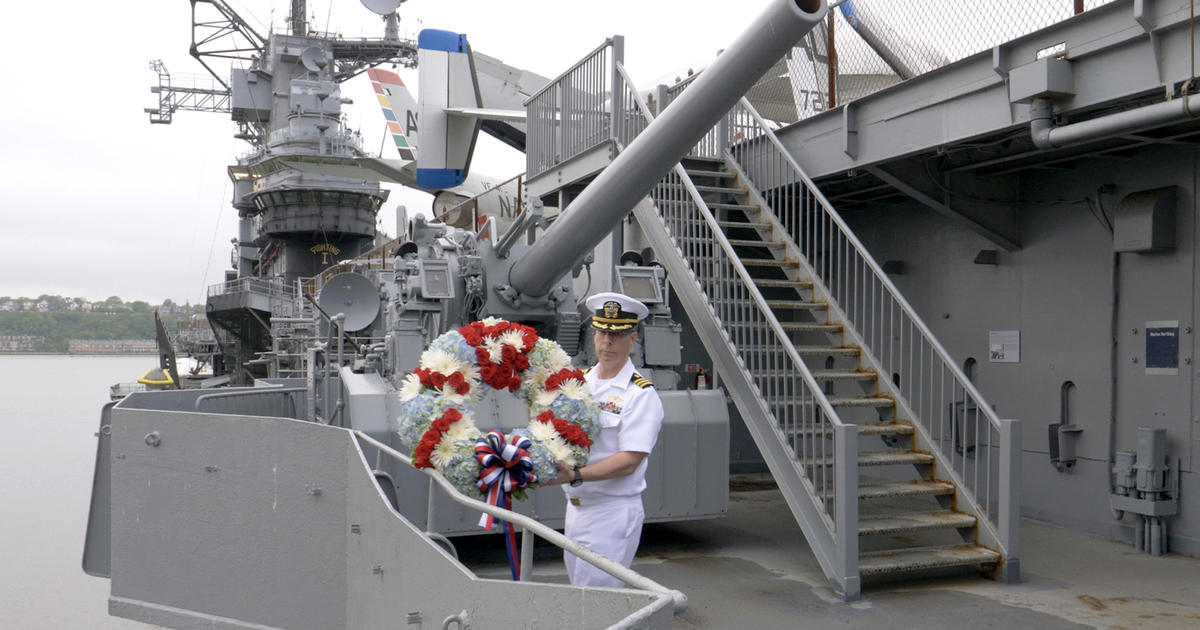 NEW YORK – From local parades to a presidential visit at Arlington, the nation is observing Memorial Day Monday.

As CBS2’s John Dias reports, it may be the unofficial start of summer, but more importantly, it’s a day of remembrance, honoring military personnel who made the ultimate sacrifice.

While many will be barbecuing and beaching it, others want everyone to take a moment to remember what this day is really all about..

We have heard so many times before that freedom comes at a cost, and the receipt of that pain is remembered and felt on Memorial Day.

From right outside our nation’s capital, at the Arlington National Cemetery, where President Joe Biden will participate in the traditional wreath-laying ceremony, to Manhattan’s Intrepid Sea, Air and Space Museum, where veterans will come out in full force. Mayor Eric Adams is scheduled to join hundreds of them, and active service members, as they unfurl a 100-foot American flag and aircraft flyover in missing man formation.

These heroes are also being honored this week during Fleet Week, which includes U.S. Army Sgt. Mario Nelson, a Haitian immigrant from Brooklyn, who decided to go from the reserves to active duty after 9/11. CBS2 met his widow Sunday outside the Intrepid.

“I want people to stop and remember how these wonderful people who are willing to serve, fight for our country, and although, some come home, some does not come back home,” said Gold Star spouse Mecca Nelson.

Mario Nelson died in Iraq in 2006 at age 26, leaving Mecca Nelson and their daughter behind.

“I think about him. I know he’s smiling down at me,” Mecca Nelson said.

And the brave people of the armed forces who died for our freedom will also be honored across the Tri-State Area during many parades, which includes one of Long Island’s largest Memorial Day parades in Freeport. Thousands of local Long Islanders will participate and line Merrick Road, and Gov. Phil Murphy will attend a ceremony at the New Jersey Vietnam Veterans’ Memorial Foundation in Holmdel, N.J.

Last year, COVID restrictions had eased up before all of the events, but this year, with health officials having the upper hand on the virus, even more people are expected to come out.

John Dias is an Emmy-nominated reporter. He joined CBS2 News in November 2017.