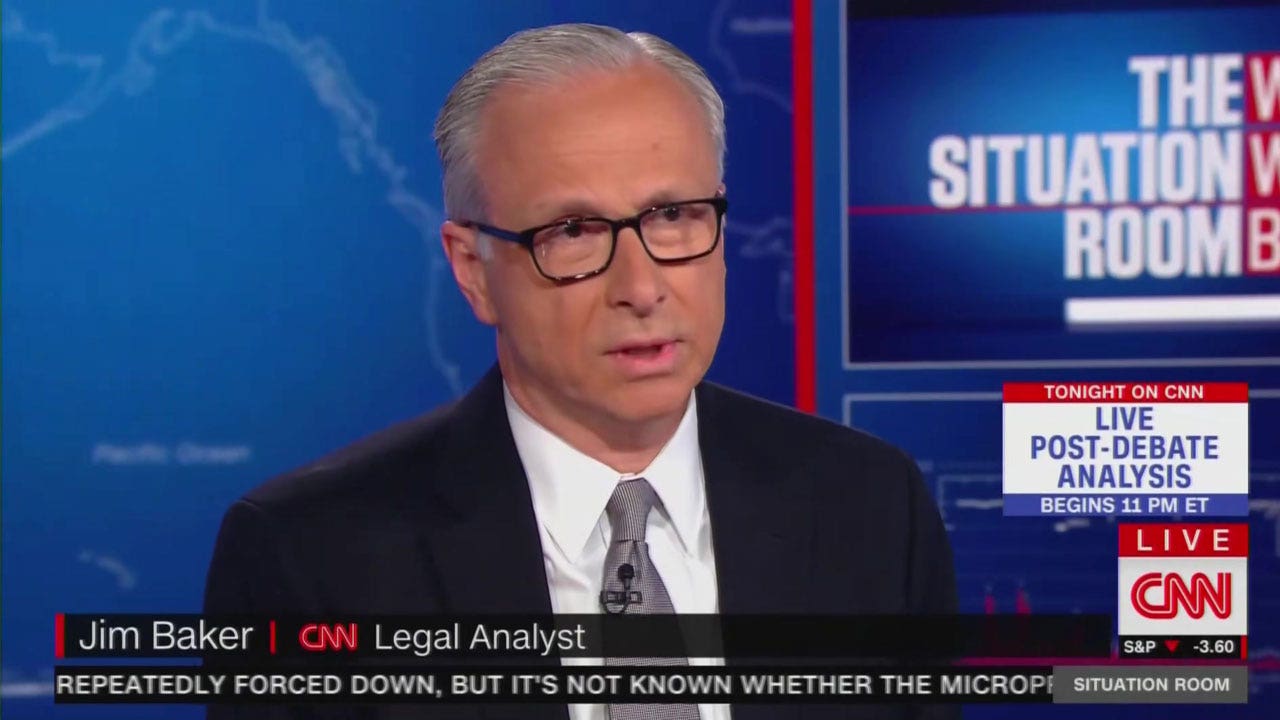 Fox News Digital discovered Baker’s wife, Darsie Cahall, from archived White House documents showing that she and Baker attended a November 1999 event with former President Clinton, who mentioned them by name during his remarks. The pair were further matched through various records, including property and local board documents. The couple also appears together in older pictures on one of her social media accounts.

Cahall was actively involved in politics in Takoma Park, Maryland, where they reside. According to a July 2016 post from the Takoma Park for Hillary Facebook page, she worked as a “co-voter registration leader” to rally voters on Clinton’s behalf months before Baker was involved with the FBI’s Russia investigation involving former President Trump.

Cahall’s name appears in a now-removed 2016 post from Raskin’s campaign website showing that she had signed on as part of the “Women for Raskin” team, according to a cached page of the site captured by Wayback Machine.

Cahall and Baker did not respond to Fox News Digital’s request for comment on her past Democratic activism by the time of publication.

Baker has captured numerous headlines after Musk removed him from his position this week. His termination stemmed from his involvement in suppressing the New York Post’s laptop story during the 2020 presidential elections. The report first revealed private emails between Hunter Biden and an adviser to Ukrainian gas company Burisma Holdings.

Baker, meanwhile, has a long history of facing allegations of anti-Trump, pro-Democratic bias. Before joining Twitter, he worked as general counsel at the FBI, where he was a key figure in the bureau’s investigation into alleged Russian interference in the 2016 presidential election.

Sussman was later charged with making a false statement to the FBI after being accused of telling Baker he was not doing work “for any client” when he was allegedly billing the Clinton campaign for the work. Sussmann was acquitted of the charge in May of this year.

Baker testified during Sussmann’s trial, describing Sussmann as his “friend.” He said that when Sussmann approached him with the Alfa Bank allegations, the FBI “was already conducting an investigation into alleged connections between the Trump campaign and Russians at this point in time.”

Baker said he immediately briefed then-FBI Director James Comey and then-FBI Deputy Director Andy McCabe about the Alfa Bank allegations because “it seemed to me of great urgency and great seriousness.”

“Here was another type of information between Trump and Russia that had come to me,” Baker said, adding that investigating any possible connections “was of high, high importance to the FBI at this point in time.”

Baker said, however, that the FBI investigated the claims for several weeks and “concluded there was no substance.”

Jim Baker made his debut as a CNN legal analyst on “The Situation Room.”
(Screenshot/CNN)

The FBI investigation into whether candidate Trump and members of his campaign were colluding or coordinating with Russia to influence the 2016 presidential election was handed off to Special Counsel Robert Mueller after Trump was elected president. After nearly two years, Mueller’s investigation yielded no evidence of collusion.

In May 2017, after Trump fired Comey, Baker was reassigned from his role as the bureau’s general counsel, which Trump celebrated at the time. Baker left the bureau a year later.

Baker later admitted that his role in the FISA application and his friendship with Sussmann, a then-Perkins Coie partner, was unusual.

In January 2019, the Justice Department opened a criminal investigation into Baker over the potential leaking of classified information to reporters during his time at the FBI. He was not charged.

Joe Schoffstall is a politics producer/reporter for Fox News Digital. Story tips can be sent to [email protected] and on Twitter: @joeschoffstall