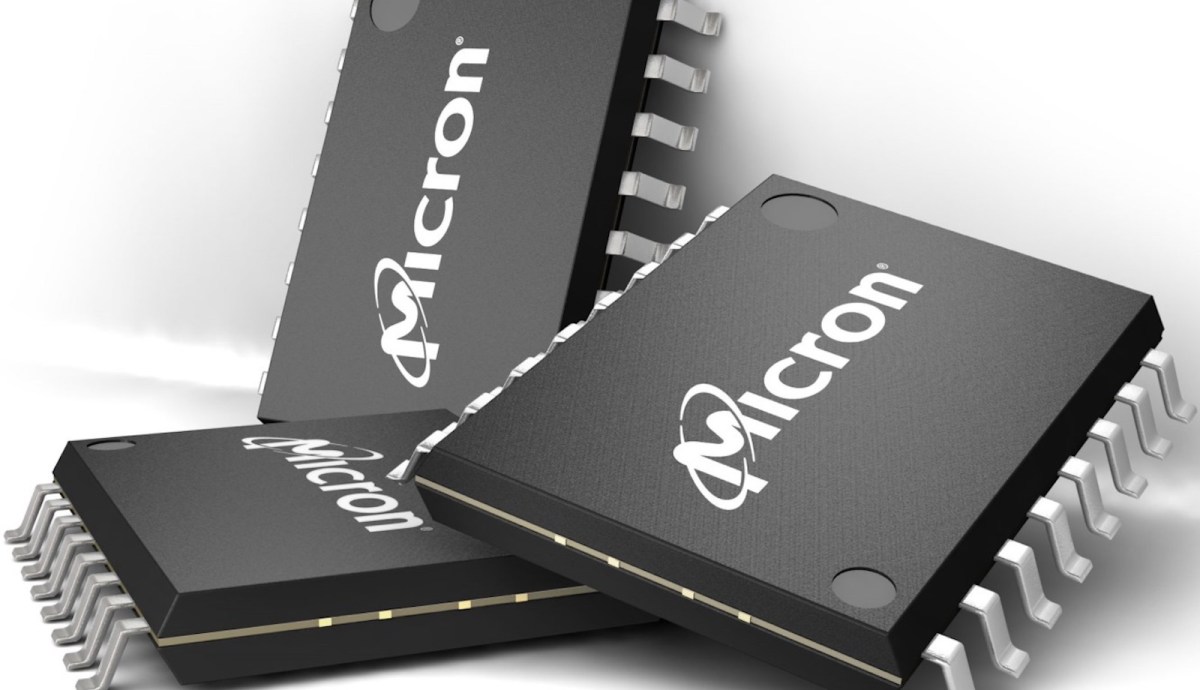 SINGAPORE – America’s Micron Technology, one of the world’s leading memory and storage chip makers, is making billions of dollars in new global investments to meet anticipated long-term demand for its leading-edge technologies even as the firm scales back spending on chip production amid a worsening supply glut and market downturn.

Surging work-from-home demand for consumer technology products during the Covid-19 pandemic sparked a boom in semiconductor orders but inflationary pressures coupled with a return to the office has put a damper on new personal computer and smartphone purchases, leaving the market awash in chips. New US restrictions on chip and chip-making equipment exports to China are also roiling supply chains.

“The industry downturn is continuing and continues to be pretty severe,” said Sumit Sadana, Micron’s executive vice president and chief business officer, in an exclusive interview with Asia Times. “Our goal is that we quickly get to a point where the demand growth is ahead of supply growth so that the significant amount of… inventory starts to normalize.”

Sadana pointed to an “unusual confluence of events” including rate tightening to rein in decades-high inflation, the Russia-Ukraine war and China’s “zero-Covid” policy and property slump as causing an “unusual level” of supply-demand imbalance in DRAM and NAND memory chip markets that usually account for over 90% of Micron’s revenue.

“The sooner [inventories] start to normalize the better it will be because the current trajectory is for these inventories to continue to increase. Changing the trajectory of these inventories is a hugely important focus item for us. In order to address that, we are significantly reducing our capital investment in the short term,” said Sadana.

Micron intends to invest more than US$150 billion globally over the next decade on memory chip manufacturing and research and development. Now, however, the semiconductor maker plans to reduce capital expenditure by 33%, or over $8 billion, in 2023, down from $12 billion allocated in 2022, with new wafer fabrication equipment investments set to be slashed by around 50%.

On November 16, Micron said it would make further unspecified spending cuts in response to downcast market conditions, with year-on-year bit supply growth, which refers to the amount of memory produced, estimated to be negative for DRAM and in the single-digit percentage range for NAND, both figures lower than the previous quarter’s projections.

DRAM, or dynamic random access memory, chips are the most common kind of fast-access memory used to push processing power in computers and video game consoles. NAND memory is a storage technology that does not need power to store data, making it ideal for portable devices such as tablets, USB drives and digital cameras.

Sadana told Asia Times that Micron’s customers’ inventories are now “correcting substantially” though he expects it will take “several months” before they return to normal levels. The senior executive added that the trajectory of the highly cyclical industry “is still pretty challenged in the short-term” but overall demand is expected to recover by the second half of 2023.

Micron’s stock price, down 43% since the start of the year, reflects the recessionary headwinds buffeting the global semiconductor industry – often viewed as a barometer for the state of the global economy. The Boise, Idaho-headquartered memory chip maker is nonetheless taking the long view as it moves ahead with plans to build what will be the world’s largest wafer fabrication facility in the United States.

In October, the firm announced plans to invest up to $100 billion over the next two decades to build a mega-fabrication plant in upstate New York to meet anticipated future demand for DRAM memory chips, marking a manufacturing pivot toward the American market that observers say could help the company weather future geopolitical disruptions to the semiconductor trade.

The facility is expected to create nearly 50,000 jobs in New York, with the first phase investment of $20 billion planned for the end of this decade. Micron also broke ground on a separate $15 billion factory in Boise in September that will create 2,000 jobs. Once operational, both US plants will account for 40% of Micron’s DRAM production volume globally, up from 10% today.

Micron estimates that the DRAM and NAND chip markets will together generate combined revenue of $330 billion by 2030, more than double last year’s reported revenue of $161 billion, as the rollout of fifth-generation (5G) cellular technology enables the broader use of artificial intelligence (AI) and cloud computing in the automotive and other industrial sectors.

“We’ve always said that we will need a greenfield site for DRAM manufacturing because our existing sites have only so much land capacity,” said Sadana. “We have chosen that site to be in the US, with the support of the CHIPS Act. But that doesn’t change that the rest of the manufacturing network will still continue to get billions of dollars of investment from Micron over time.”

US President Joe Biden signed the CHIPS and Science Act in August, a landmark bill providing $52.7 billion in subsidies for US semiconductor production and research to boost competitiveness vis-a-vis China. The legislation also grants an investment tax credit for chip plants worth an estimated $24 billion, prompting several chip makers to announce plans for major new production facilities in the US.

Sadana emphasized that the company’s big-ticket US investments do not represent a move away from key Asian markets like Japan, Taiwan and Singapore, where the company maintains major production centers. The memory chip maker is also upbeat on growth prospects for China’s chip sector, despite Washington’s moves to restrict its access to advanced semiconductor technologies.

“Definitely China’s economy has been struggling a bit in terms of growth and that has largely been due to the restrictions related to Covid,” Sadana told Asia Times. “But we are big believers in China’s future growth potential and we are strongly of the belief that China will bounce back… [which] will be a positive tailwind for Micron and for other companies in the ecosystem.”

In October, the Biden administration announced tough new regulations requiring US companies to stop supplying Chinese firms with advanced chips and the equipment, software and components required to produce them unless they first obtain a license. The ban nominally aims to limit China’s ability to utilize such technologies for military applications but Beijing has claimed the bans aim to limit and hurt China’s broad economy.

“We were not directly impacted by the equipment orders of the US government, mainly because our operations in China mainly relate to assembly, packaging and test on the manufacturing side. And, of course, we do have R&D there as well,” said Sadana in reference to Micron’s Shanghai-based research center and factory in Xi’an where DRAM chips are assembled and tested.

Micron’s executive vice president called for “an environment where business can continue through some appropriate level of understanding between the two countries,” adding that the company is committed to a long-term strategy of diversifying its manufacturing footprint. “We have continued to make investments in different regions around the world, including Singapore,” he said.

The Southeast Asian city-state is critical to Micron, serving as its base for worldwide operations with over 10,000 people employed across two fabrication plans and a test and assembly facility. It is also the primary production site for the company’s leading-edge 3D NAND technology used in mobile phones, solid-state drives, digital cameras, automotive products and other devices.

3D NAND flash is a type of flash memory design in which multiple layers of memory cells are stacked vertically, enabling more data to be stored in less space in a design that achieves higher performance at a lower cost per bit. Micron began shipping its most advanced 232-layer NAND chip in July, which transfers data 50% faster than the chip’s previous generation.

Last month, the memory chip maker also began shipping to smartphone makers samples of its newest DRAM chip, which it claims to be the industry’s fastest and most advanced mobile memory. Referred to as the “1-beta”, the chip boasts 15% greater power efficiency over its predecessor “1-alpha” chip and a 35% improvement in the number of bits stored per area.

“We are many months and multiple quarters ahead of our competition in introducing these DRAM and NAND technologies to the marketplace, claimed Sadana. “And these technologies enable product capability, whether it is performance that is higher, power consumption that is lower and new features that enable our customers to really create amazing products.”