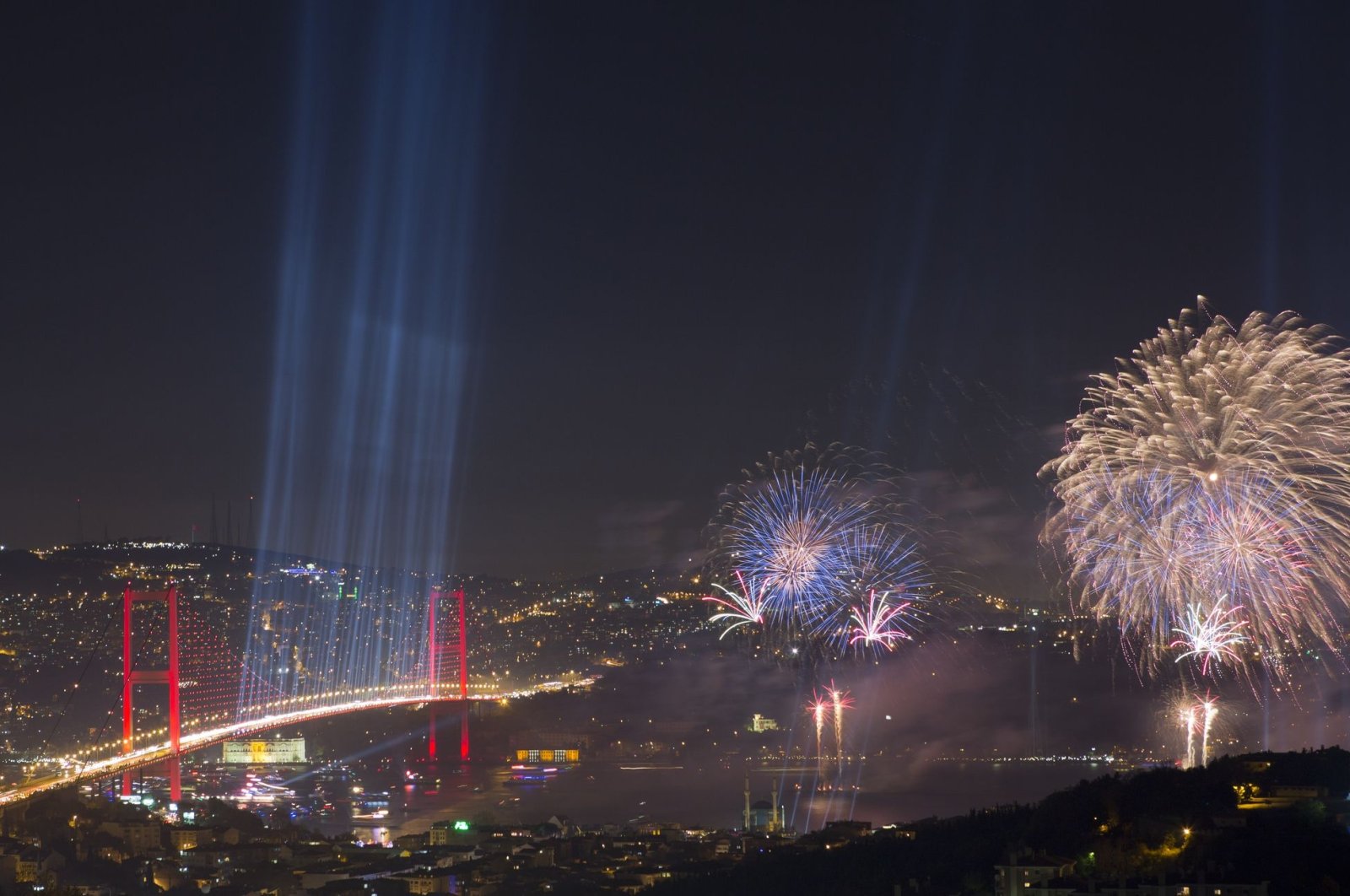 Events organized, inspired and attended by Türkiye’s expat community are a joy to behold all year round, but particularly in December. So, let’s take a look at what’s on the calendar this month.

InterNations is the world’s largest expat networking community that holds regular networking events and special interest group meet-ups in the cities it operates in around the world. On Dec. 2, this Friday, the Istanbul community will be hosting one of their biggest events of the year: a Winter Party at Club 360 in Istanbul’s Beyoğlu. Famed for its spectacular views of the city landscape and DJ and dancing scene, for this occasion the volume will be kept low until 9:30 p.m. for networking after which it will turn into a dance party. While most InterNations events are membership-based, this is one of the occasions that allows non-members to check out the community. Tickets for members range between TL 150-180 while tickets for non-members are TL 200 and available at the door.

The Clap is an English-language improvisational comedy troupe consisting of expats that have been performing in Istanbul for years now. This Friday, you can catch them live at Arsen Lupen in Taksim, otherwise known as the Istanbul Comedy Club, for one of the unique performances. This particular evening’s theme will be a romantic comedy set to lift your spirits. The hour-and-a-half-long show kicks off at 7:30 p.m. sharp, so it is advised to arrive early. Tickets are TL 50 and available upon entry.

It’s that time of year again when the Speech Bubbles School of Performing Arts performs their annual Christmas pantomime, which this year is entitled “Treasure Island” and will take place this Sunday, Dec. 4 at 4 p.m. at İleri Nesil Okulları in Istanbul’s Çekmeköy. The Speech Bubbles School of Performing Arts is an Istanbul-based English-language drama group consisting of musicians, actors and performers of all varieties, ages and nationalities that perform musical productions and teach theatrical skills in courses held year-round. Established by seasoned expat Tom Godfrey in 1992 – if you do the math, this marks the 30th year – this theatrical group will perform for an eager audience in Istanbul. Every year, Speech Bubbles puts on a Christmas pantomime production, which for those who may not be familiar with the genre, is a comedy geared to both children and adults that tends to transform a classic fairy tale into a comedy with songs and dances.

On Dec. 4, this Sunday, the neighboring Greek island of Kos will be holding an annual Christmas Bazaar that will have gift stands, a visit from Santa Claus for the kids and a bunch of holiday festivities. Kos, which is one of Greece’s Dodecanese islands, also makes for an easy getaway to Greece from Türkiye’s Bodrum. Serviced by ferries that take off a few days a week, the ride can take as little as 20 minutes and offer same-day return trips such as the ferry services that will be operating on Saturday. In addition, Bodrum Sea Lines is offering a special discounted deal of 19 euros (TL 372) round-trip on the day of the Kos Christmas market, whereas usually, the cost is approximately 30 euros for a same-day return voyage. Set in the Agora square, this holiday market usually has gift stalls as well as a visit from Santa Claus and other fun festive activities for children.

The Snow Queen pantomime performed by the Didim Glee Club will take place on Thursday and Friday, Dec. 8 and 9 at the Didim Chamber of Commerce. Doors open at 6:30 p.m. and the show starts at 7 p.m. Tickets are TL 90 for adults and TL 50 for those under the age of 15. All proceeds are donated to support school projects in Didim.

On Saturday, Dec. 10, this year’s holiday market will be held at Yas-Inn Restaurant in Didim. Starting at 11:45 a.m., the festive fair will have stands and holiday-themed lunch snack specials. This landmark location for the local expat community in this historical and beautiful region situated along Türkiye’s Aegean coast has a full calendar of festive events coming up this month including a visit from Santa Claus on Sunday, Dec 11. Starting at 1:30 p.m., there will be a Santa’s “grotto” and a Christmas kids club with presents, games and disco music.

The festivities continue throughout the month with an evening of Christmas carols and karaoke on Thursday, Dec. 15, followed by and Christmas quiz with expats bringing their own special holiday dishes on Friday, Dec. 16 starting at 3 p.m. The fun continues with another Friday quiz and karaoke event on Dec. 23 starting at 4:30 p.m. Then on Christmas Eve, there will be a get-together at 7 p.m. with a full Christmas Day three-course meal on offer starting at 2:30 p.m. on the day of, which this year is Sunday, Dec. 25.

The Jukebox, which is a restaurant located in Bodrum’s Gümbet district, could easily be described as an expat hangout. Not only does the venue hold quiz nights and holiday get-togethers, but every Christmas season they will organize dinners and festivities surrounding the holiday including the annual charity event that will take place on Thursday, Dec. 15. Aptly entitled the “Crackling Christmas Extravaganza,” the evening will commence at 7:30 p.m. and will feature carol singing, live music with The Troubadours, a BBQ and a “guess the weight of the Christmas cake” competition, as well as a highly anticipated and entertaining raffle all in the name of charity. No reservations or entrance fee is required but attendees are encouraged to purchase a raffle ticket for a chance at winning gifts such as beauty treatments, jewelry, accessories, books and complimentary meals donated by locals with all proceeds raised to be donated to the Muğla Children’s Care System (ALEV).