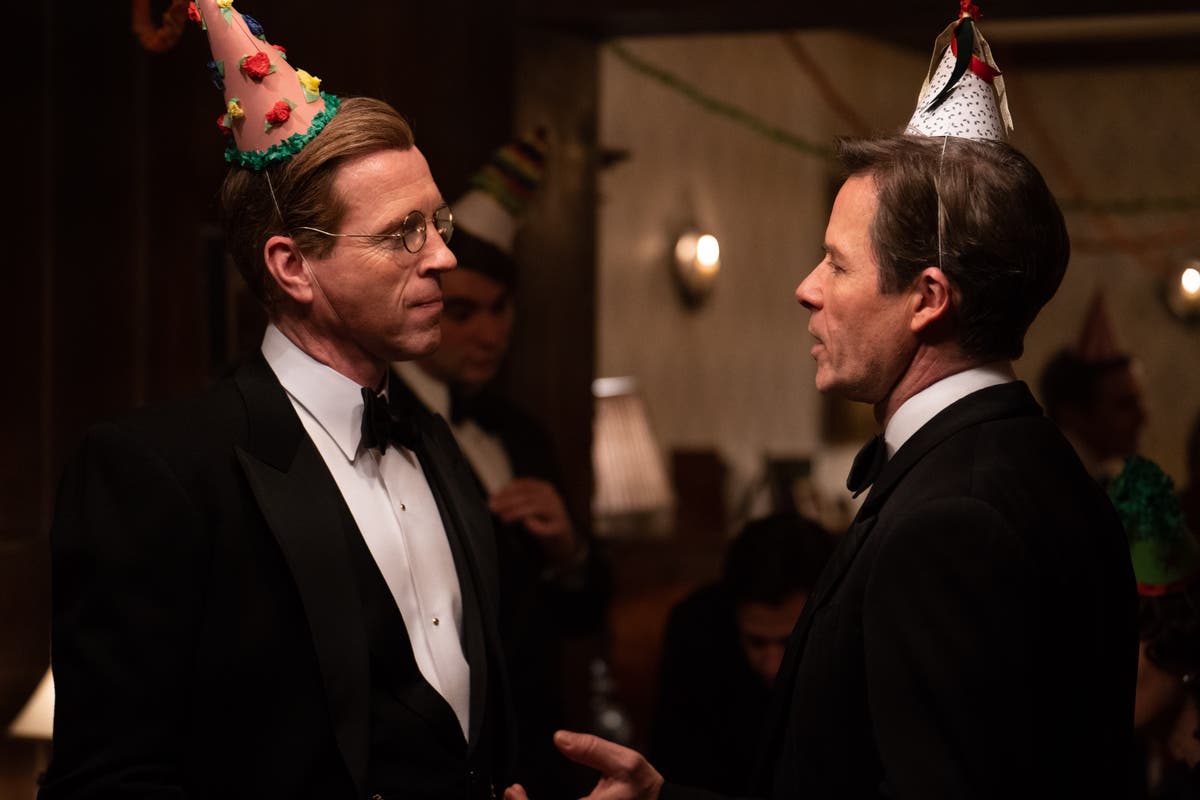 When you think of a word that sums up our current political climate, then you could do worse than ‘extreme’. From Trump supporters storming the Capitol, to antifa protesters tearing down statues, anti-vaxxers accusing the government of ‘vaccine genocide’ to vegan activists flooding shop floors with milk, radical acts are frequent and diverse. Prominent politicians argue that climate change isn’t real, while protestors form human roadblocks and damage artworks to raise awareness of it.

There are ‘wars’ on everything from Christmas to chromosomes, heightened by constant, and often no holds barred, flurries, attacks and pile ons on social media. Discussion around some of these issues has become so toxic that many people choose not to enter into the debate at all, robbing us of nuanced opinion and replacing it with ideologically-driven gamesmanship from either side of the aisle.

There are times when it feels as though people from different political backgrounds don’t just have conflicting ideas; they aren’t even speaking the same language. While misinformation – from fake news stories to bots and scarily convincing deep fakes – runs rife, to an extent that feels as though it can only be due to the emergence of technologies like the internet and social media, a peculiarly modern scourge.

As such, there’s a temptation to think that the kind of extreme political polarisation that we’re currently living through is a relatively new phenomenon. However that isn’t necessarily the case. As a society, we have a habit of over-simplifying historically complex issues, or attributing them to the ‘naivety’ of the past. Yet when similar issues emerge in a modern context, we become much more aware of their nuances and conflate the political and the personal – so an attack on our politics feels like an attack on our character. The reality is that politics has always been personal, and the extremes that we believe we’re experiencing for the first time have always been in evidence – as compelling new ITVX drama A Spy Among Friends reveals.

The six-part series – set across a 23-year period from WW2 until the early sixties, and exploring key events during the British Cold War – examines how this kind of political polarisation has manifested in the past, and the ramifications it could have on the future. Telling the real-life story of MI6 agents Kim Philby (Guy Pearce) and Nicholas Elliott (Damian Lewis), who were close friends and colleagues for decades before Philby was uncovered as a Soviet double-agent, A Spy Among Friends is a fascinating look at what happens when politics are played out on a grand scale, and the very personal impact of those actions. Based on Ben MacIntyre’s New York Times best-selling book, the story is mostly told in flashback as a Cold War-era Elliott attempts to explain, justify and defend his relationship with Philby, how much or little he knew or suspected, and why – after extracting a confession (of sorts) – he seemingly let Philby slip through his fingers, and escape to Russia.

Through this fresh new lens on the famed story, A Spy Among Friends examines both the macro and micro impact of Philby’s betrayal. Elliott comes under near-immediate suspicion (despite being just as hoodwinked as everybody else) due to his close bond with Philby – a man he regularly drank and dined with, who had grown up in the same privileged circles, and even attended the same alma mater, Trinity College, Cambridge. The truth was that, despite their superficial similarities, and a shared love of pink gin and cricket, Elliott and Philby’s politics were at polar ends of the spectrum, with Establishment man Elliott a true-blue Tory, all for preserving the status quo, while Philby had become a socialist then a communist while still at university, before being recruited by the KGB as one of the five Cambridge spies.

The political and the intimate are so closely intertwined that the show causes both characters and viewers to ask: How can you be friends with somebody who believes in something so strongly opposed to your own values? Does that friendship imply that you also secretly sympathise with those values? And also: can it continue (though perhaps not, for obvious reasons, in Elliott’s case) when you are so diametrically opposed?

This sense of paranoia and conflict forms the crux of the show, as political ideologies are treated not only with suspicion, but genuine fear. There’s a particularly revealing moment, when Elliott is discussing Philby’s activities during the 1930s in Vienna, and a worker uprising that happened there during that period. Elliott struggles to impress upon his MI5 interviewer, tasked to establish exactly what happened with Philby, that “Communism wasn’t the problem then – fascism was.”

He’s right; during World War II, fascism was like a wildfire that threatened to engulf the entire world while, by 1941, communist Russia was one of our biggest allies. Then just a few years later, as the Cold War heated up (or cooled down?), those poles had shifted drastically, with communism treated like some kind of mind-virus that could turn even the most patriotic Englishman into a Stalinist zombie.

Elliot is a man caught between these two political extremes, as he tries to explain his actions during one ideological conflict in the context of another, very different one. The show demonstrates just how far this balance can shift over time, as the normal becomes extreme, and the extreme becomes normal. How do you explain that today’s enemy was yesterday’s friend? How do you explain that what we now see as an existential threat was once an everyday part of life?

We see this situation playing out today, spurred on by politicians and media outlets that vie for our attention with increasingly extreme rhetoric. What we now call “fake news” used to go by another name: political propaganda. During the volatile period in which A Spy Among Friends is set, this proved as great a weapon as any bomb, as it helped sew strife among populations that needed more than anything to come together. During World War II, war planes on both sides of the conflict would drop pamphlets on enemy cities to demoralise the population, spread disinformation about the war effort, and prompt them to surrender. While there’s a reason the Cold War was so cold – you don’t need to fire a bullet if your enemies are putting each other on trial for their supposed beliefs, as we saw in the McCarthy Hearings of the 1950s.

The old tricks still work, they have just found modern iterations, with entities like Russia and Cambridge Analytica manipulating social media platforms in a bid to influence election voting, or far right conspiracy theorists using online channels to push anti-vax and pro-Putin propaganda. It’s not a bad strategy, if your aim is to weaken your opponent. Why install a dictatorship, when you can convince people to vote for their own subjugation?

The power of propaganda

The real issue with propaganda, and political extremism in general, is that we all secretly believe that we’re immune to it. We underestimate its impact, because we struggle to understand just how easily somebody can be suckered into a dangerous, violent, or even just plain weird world view. But we’re all susceptible to gradually acclimatising ourselves to ideas overtime; reading blog posts, or watching YouTube videos, and slowly coming around to the notion that certain ideas we may once have thought of as being on the fringes of society are actually ‘normal’.

Sometimes the outcomes are fairly banal, and just lead to more arguments around the Christmas dinner table. Occasionally they’re more severe, with views ending friendships and even relationships, or people being harassed or ‘cancelled’ by internet activists whose intentions can range from sincere, to misguided, to outright malicious. Sometimes they’re tragic, as was the case in Buffalo earlier this year, when 19-year-old Payton Gendron conducted a mass shooting after being radicalised on platforms and forums such as 4chan, Reddit, Discord, Twitch and YouTube – sites where he was also provided with advice on how to execute the attack.

If there’s one aspect of propaganda that has changed in the intervening decades since the post WW2 period in which A Spy Among Friends is set, it’s the speed at which it travels. We aren’t dropping leaflets on villages anymore; we’re pumping extremism directly into people’s brains at a rate of 60 megabits per second (more if you have fibreoptic broadband). The arguments – whether subtly manipulative, or overt and intimidating – are coming in thicker and faster. They’ve permeated every aspect of our online lives, and the political fringes are closing in on us more and more. Do we know how to avoid being taken in by them? To stand a chance of finding a middle ground and breaking the deadlock of toxic extremes?

Most of us seem to believe so. Let’s just hope that we’re as clever as we think we are.

New ITVX show A Spy Among Friends is a compelling six-part psychological drama exploring the real-life story of MI6 agents Nicholas Elliott (Damian Lewis) and Kim Philby (Guy Pearce) whose relationship – professional and private – implodes when double agent Philby’s decades-long duplicity is revealed. Exploring the deeply polarised politics of the time, the complex machinations of MI6 in an ever-changing world, and the incredible personal betrayal at the heart of it all, this fascinating study of how friendship, trust and loyalty can be manipulated is your new must-watch.

A Spy Among Friends, Stream free here on ITVX