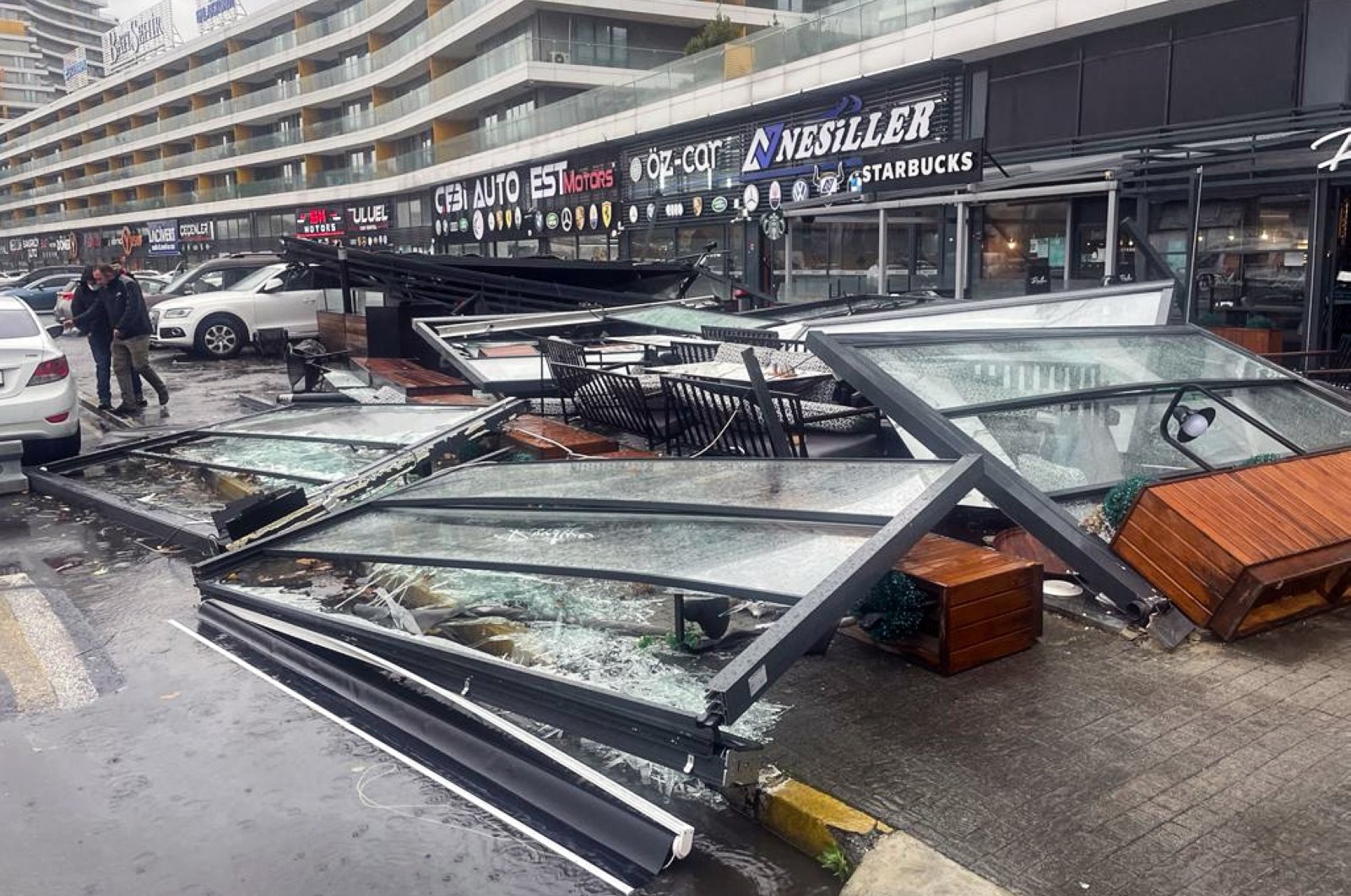 Authorities warn Turkey would go through another day of heavy storms, strong winds and high precipitation on Tuesday. Turkish State Meteorological Service (TSMS) issued warnings for 67 out of 81 provinces, against extreme weather conditions, from rainfall to strong winds and storms.

The country was rocked by strong southwester which hit Marmara, Aegean and Mediterranean regions in the west and south, as well as parts of the Black Sea region on Monday.

Four people were killed in Istanbul, another in Zonguldak and one in Kocaeli provinces, when collapsing walls, roofs and fragments from buildings trembled by strong gusts rained down on passersby. Many others were injured.

TSMS warned of heavy rainfall from the country’s west to the east on Tuesday while temperatures were set to drop by up to 8 Celsius degrees in the country’s northern, central and western regions.

Authorities urged the public to be on alert against flash floods, lightning strikes and disruption in transportation. Weather forecast also predicted strong winds and storms, particularly in the Marmara region which was affected most by Monday’s extreme weather.

Marmara will be exposed to winds reaching a speed of up to 100 kilometers per hour (62.1 miles per hour). Stronger winds and storms are predicted for parts of Aegean, Central Anatolian, Mediterranean, Eastern Anatolian and Black Sea regions, where the public is warned against “roofs which can be torn away, potential collapse of trees and poisoning from carbon monoxide in places heated by coal stoves.”

Strong winds disrupted the daily life in provinces in the west. Istanbul, the country’s most populated city was the worst affected, with storms knocking down a small clock tower, overturning trucks and tearing apart the roofs. The city’s governorate announced that all schools would be closed on Tuesday due to bad weather. Authorities in Kocaeli, Sakarya, Balıkesir, Çanakkale, Yalova, Sinop, Bursa, Bartın and Tekirdağ provinces soon joined Istanbul in shutting down schools for one day.