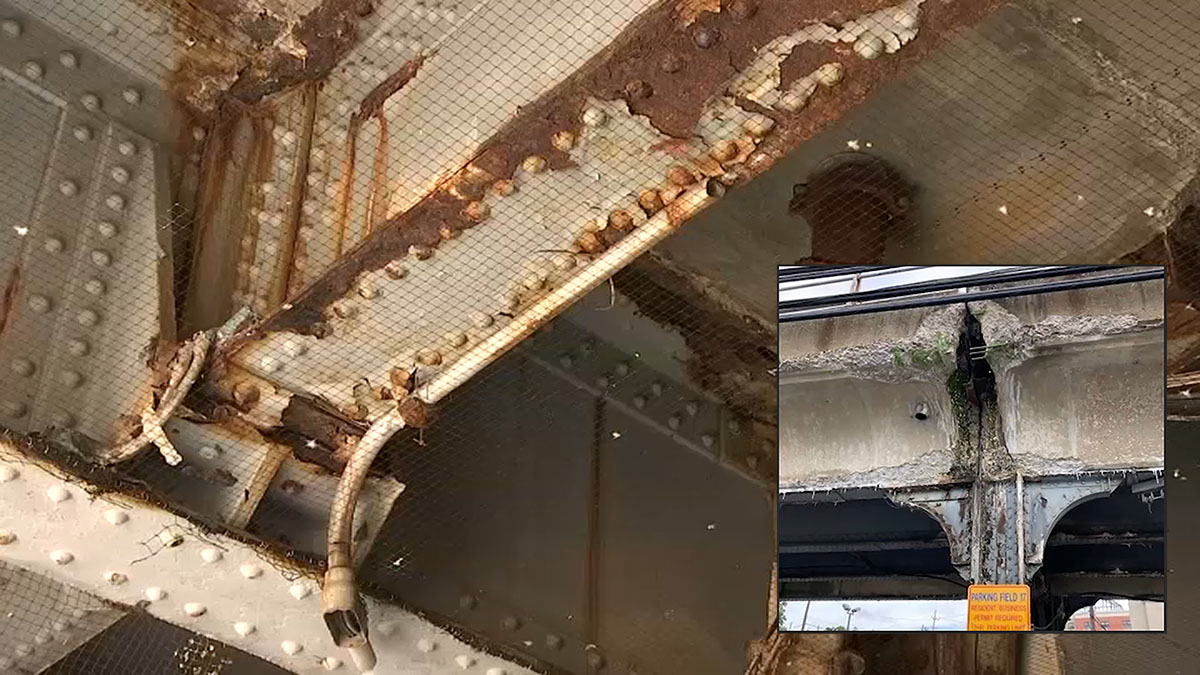 Leaders in Nassau County are demanding that a Long Island Rail Road station receive major renovations ASAP, claiming that the station has fallen into “dangerous” disrepair.

In fact, Valley Stream Mayor Ed Fare deemed that the LIRR station in his town is the worst in all of Long Island.

Both Fare and Nassau County Executive Bruce Blakeman are demanding that the MTA take action, complaining that there are corrosive fluids dripping onto people and cars below the overpass, in addition to a leaking flooded mess of a waiting room.

The MTA responded by saying that there is a multi-billion dollar project to modernize the LIRR, including the completion of a third track between Floral Park and Hicksville, as well as reconstruction of stations, including Mineola. The agency also said it regularly inspects the Valley Stream station and that it is structurally sound.

News 4’s Andrew Siff reports with all the details.

According to the MTA, it recently renovated the waiting rooms on the ground level as well as on the platforms above. The transit agency added that there will be new escalators and ADA-compliant elevators, as well as 10 more trains each day before the end of the year.

As for commuters, most seemed to agree that while the station is functional, it could use a little TLC. But if trains are on time, that’s far more important.

“Pretty happy with the situation here, trains come on time I’m good with it. I don’t see any necessary need to repair it or anything,” said Woodmere commuter David Gross.

Goldman Sachs names Microsoft a top pick, says the tech giant can be resilient in an economic downturn