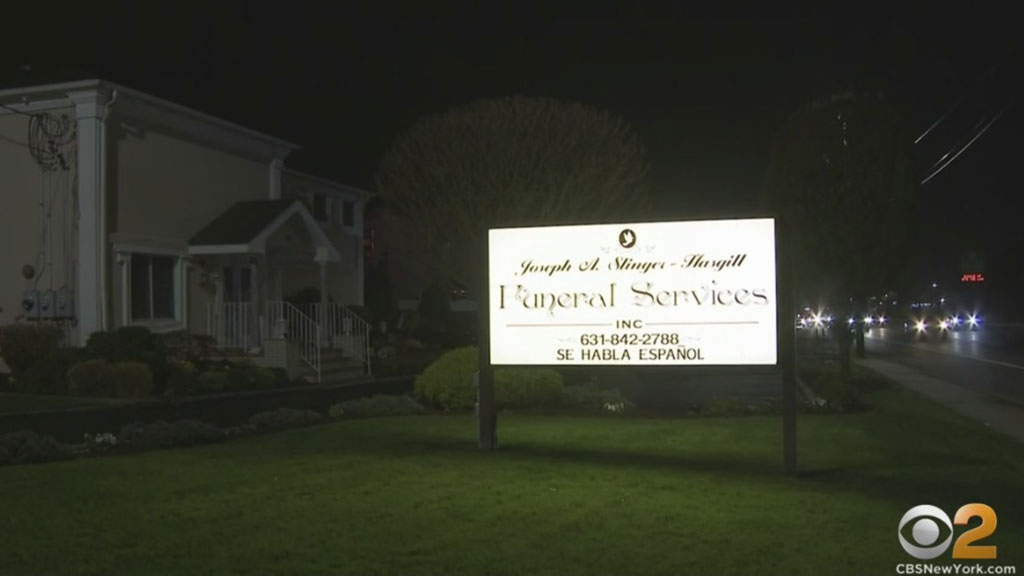 COPIAGUE, N.Y. (CBSNewYork) — Eleven siblings are suing a Long Island funeral home after they say the director placed the wrong person in their mother’s plot.

The heartbroken family says they warned the director, but he did not listen.

CBS2’s Cory James spoke to two siblings who say they made it very clear to the funeral director of the funeral home that the body they were shown was not their mother.

“I said, ‘Those aren’t my mother’s nails. Her burn mark is not on her arm,’” Salimah Lee said.

Three days later, after the service for 87-year-old Sadie Williams, a phone call from the director proved they were right all along.

Lee says she raced over to the funeral home and recorded a video capturing the moment she finally saw her mom.

“That’s my mother … I just knew it. I said her mole was missing and everything,” Lee can be heard saying in the video.

“I’m just sick. I’m sick … So now I have to let the other family know,” the funeral director can be heard saying.

“Every single time I think about it, all I can see is my mother on that cold slab, naked … and he showed no concern when he opened that door and I saw her, just stark naked on the table, just sitting there, like she was waiting for me to find her,” Lee said.

What was supposed to be a no more than 72-hour burial because of Muslim tradition turned into 22 days.

The family is now suing for $88 million claiming gross negligence.

CBS2 tried getting a response from the funeral home but were told they couldn’t comment before speaking with their attorney. We have not heard back.