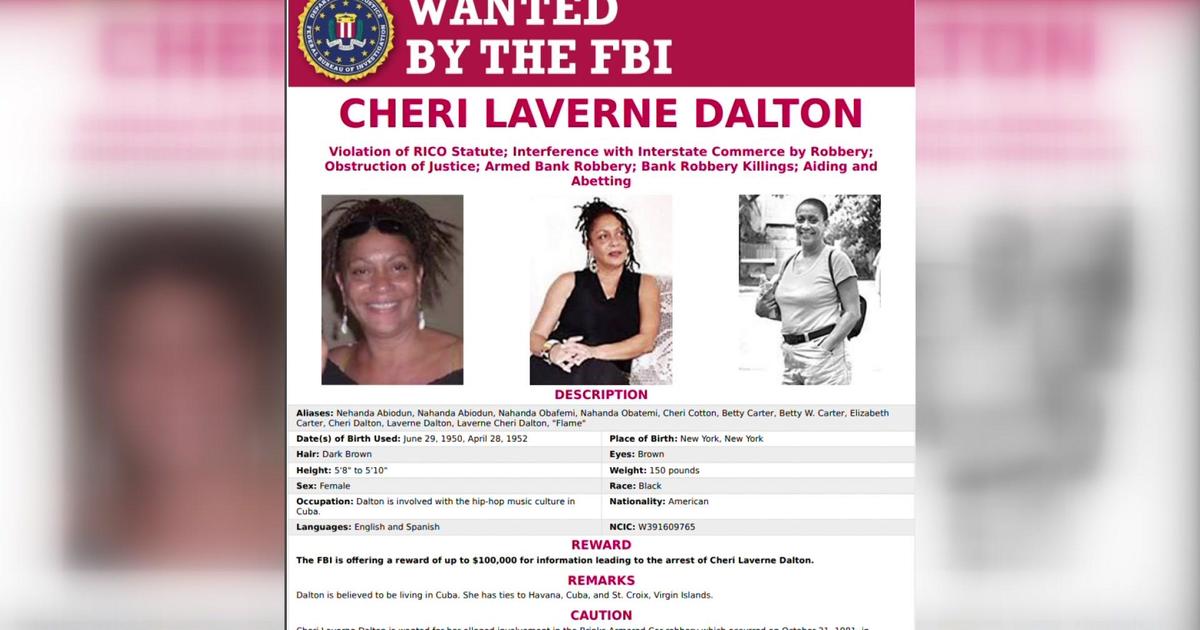 NYACK, N.Y. — Forty-one years after the deadly Brinks robbery in Rockland County, the FBI is offering a reward for up to $100,000 for the arrest of a suspect in the case.

The FBI is looking for Cheri Laverne Dalton in connection with the robbery that took place on Oct. 20, 1981.

Members of the Black Liberation Army and Weather Underground robbed the truck of $1.6 million.

David Gilbert was sentenced to life in prison for his role.