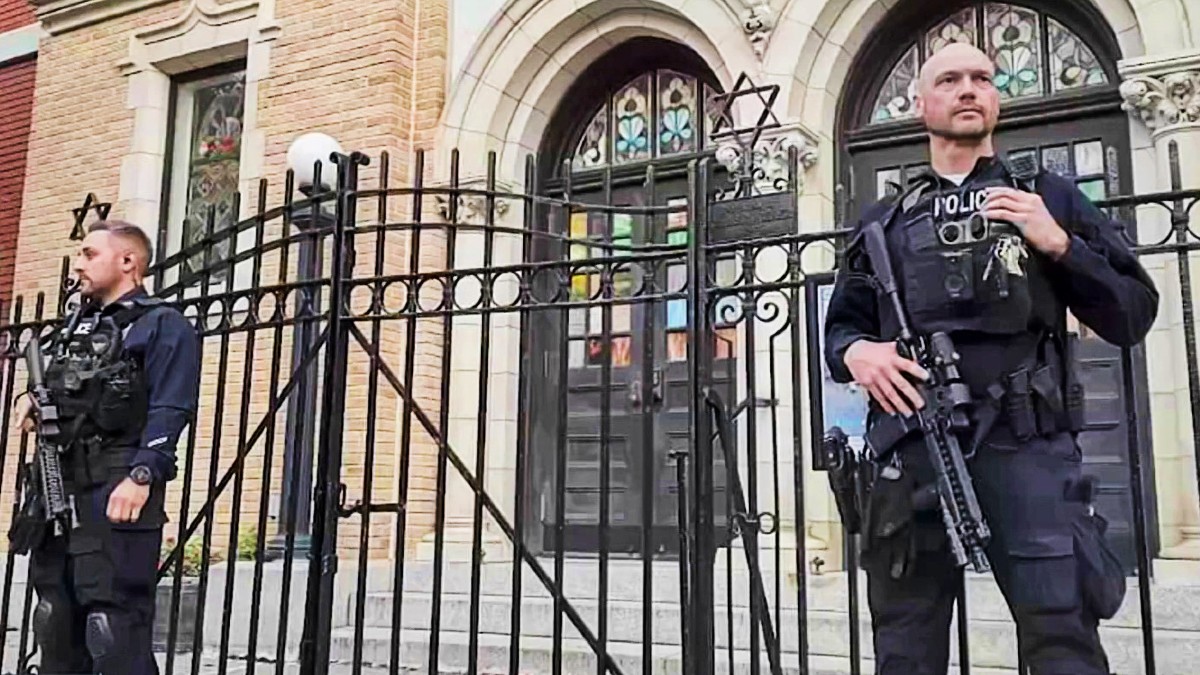 The FBI has identified a man linked to the nonspecific but widescale threat against New Jersey synagogues that prompted a public warning from its Newark office a day ago, and officials say he no longer poses a threat to the community, according to the agency and law enforcement sources familiar with the investigation.

The individual has been interviewed, the law enforcement sources said. The sources described him as a man who may have an intellectual impairment. They also said he reported being bullied in the past.

The man spoke to law enforcement of anger he said he had toward Jewish people, but allegedly said he would not hurt them because he wouldn’t want to get into trouble, the law enforcement sources said.

The FBI’s Newark office affirmed the threat had been mitigated on Twitter Friday, shortly after the governor of New Jersey and the state attorney general declared the same.

Details on what exactly prompted Thursday’s mid-afternoon Twitter warning from the FBI remain unclear at this time. The Newark branch tweeted that it had received “credible information” about a “broad” threat to state synagogues.

“We ask at this time that you take all security precautions to protect your community and facility,” FBI Newark tweeted, in part. “We shall share more information as soon as we can. Stay alert. In case of emergency call police.”

Amid the flurry of confusion and concern that erupted immediately thereafter, officials stressed the public warning was issued out of an abundance of caution. A source said there was no specific plot or action underway, but because the internet threat was deemed credible, the FBI felt it important to alert the public so security could be enhanced.

Synagogues across the state were asked to remain vigilant, and police in some communities stepped up patrols. No specific targets were mentioned. Officials stressed the online threat broadly referenced New Jersey temples.

Gov. Phil Murphy said he was pleased the threat had been mitigated and thanked the FBI as well as its law enforcement partners for their efforts.

“While this specific threat may be mitigated, we know this remains a tense time for our Jewish communities who are facing a wave of antisemitic activity,” Murphy said. “We will not be indifferent. We will remain vigilant. We will take any and every threat with the utmost seriousness and we will stand up and stand shoulder to shoulder with our Jewish congregations.”

“This threat violated one of the most fundamental tenets of our nation – the right to worship according to the dictates of our consciences and our sacred and holy traditions,” the Democrat tweeted. “We will always endeavor to ensure that every New Jerseyan of every faith may continue to live, study, and worship without fear for their safety.”

New York Gov. Kathy Hochul said she too had been briefed on the threat. There was no related one in the Big Apple.

The NYPD confirmed the same. It said the department’s intelligence and counterterrorism bureaus were “working diligently alongside the Joint Terrorism Task Force and the FBI to ensure the safety and well-being of every area that encompasses our Jewish citizens and synagogues here in New York City and the tri-state area.”

Mayor Eric Adams said the five boroughs were ready to assist as needed.

“The insidious rise of blatant anti-Semitism in recent years, with vicious lies and hate spread by voices of bigotry and intolerance, must never be ignored. It must be confronted,” he said. “We will keep our Jewish community safe.”

The abrupt warning, and emphasis on the precautionary nature of it, had some law enforcement officials wondering why this threat was deemed more credible than the many others posted daily. Officials say the warning was issued as a reminder to stay vigilant, given the increase in antisemitic incidents in New Jersey and elsewhere in recent months.

“It was a non-specific threat. We have a system in place for making sure the word is out and that all the players are involved and mobilized,” New York/New Jersey Anti-Defamation League Director Scott Richman explained. “But in that environment, you have to be careful.”

The investigation is ongoing.