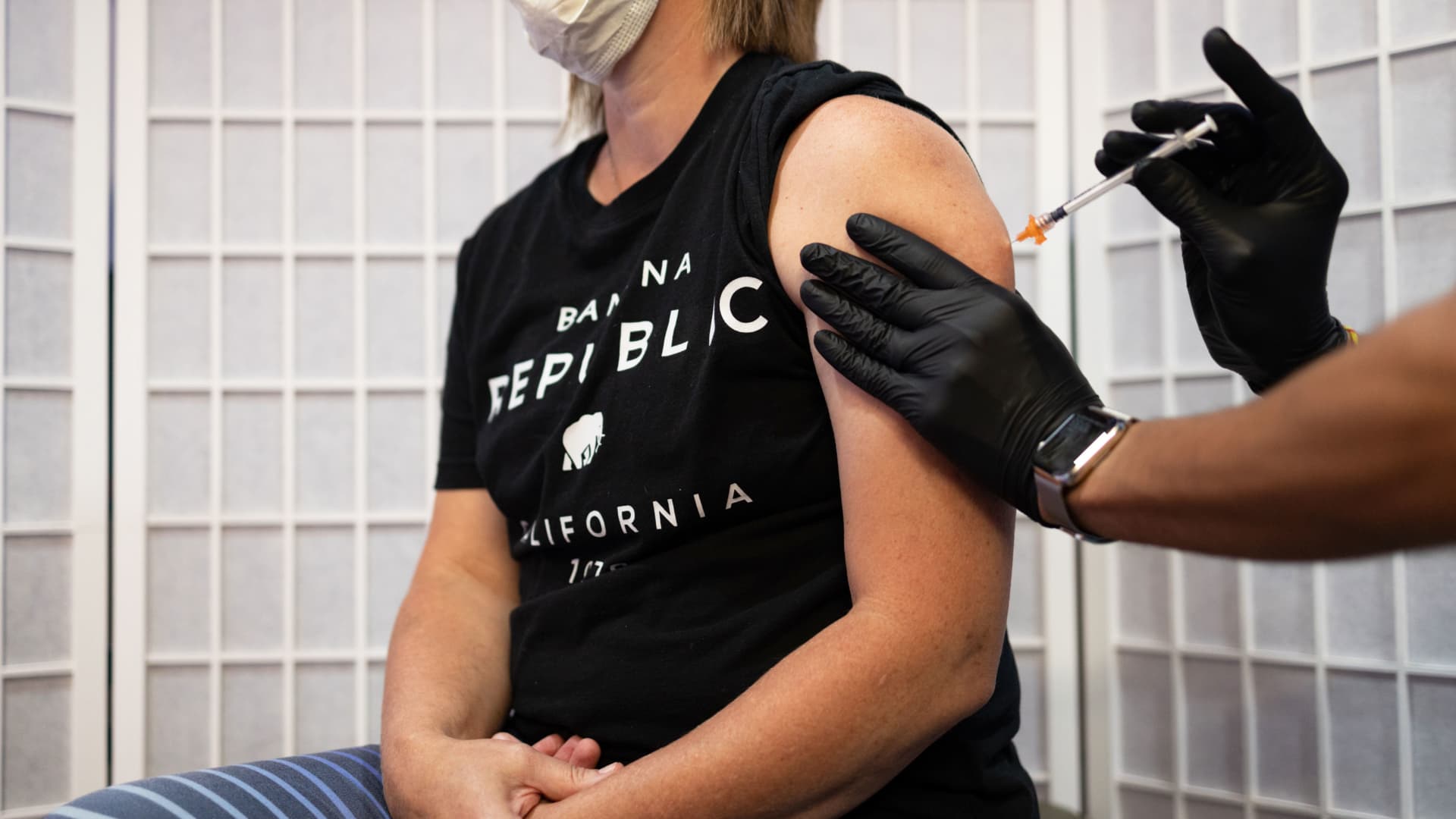 The Food and Drug Administration has authorized Novavax’s Covid boosters for adults in the U.S., including for people who received Pfizer’s or Moderna’s shots as their primary series.

The authorization of Novavax’s booster could significantly increase the role that its shot plays in U.S. vaccination efforts. Up until now, Novavax’s vaccine was only authorized as a two-dose primary series, which limited its market because so many people were already immunized with Pfizer of Moderna.

The FDA decision to allow people who received two doses of Pfizer or Moderna to receive Novavax as their third shot means millions of more people can get the Maryland biotech company’s vaccine. The Centers for Disease Control and Prevention still has to give the final go ahead before pharmacies can start administering Novavax’s booster.

“According to CDC data, almost 50 percent of adults who received their primary series have yet to receive their first booster dose. Offering another vaccine choice may help increase COVID-19 booster vaccination rates for these adults,” Novavax CEO Stanley Erck said in a statement Wednesday.

Novavax said its booster doses triggered robust antibodies against omicron BA.1, BA.2 and the dominant BA.5 subvariant in studies that observed adults who received the third shot 8 to 11 months after receiving their Novavax primary series.

The booster dose also induced an immune response in participants who received Moderna, Pfizer and Johnson & Johnson as their primary series, according to the company.

“These data further demonstrate the consistent immunogenicity and safety profile of the Novavax COVID-19 vaccine as a booster, regardless of previous vaccine history,” said Dr. Gregory Glenn, head of research and development at Novavax. “These data are an early indication that our vaccine may be effective against variants such as Omicron.”

The most common side effects of Novavax’s vaccine are pain at the injection site, fatigue, headache, muscle pain, nausea and vomiting, according to the Centers for Disease Control and Prevention.

The FDA, in a fact sheet for health-care providers, has warned that Novavax’s primary series appears to carry a risk of heart inflammation called myocarditis. Pfizer’s and Moderna’s also carry an elevated risk of myocarditis primarily in young men and adolescent boys after the second dose.

A study from the CDC last spring found that Covid infection carries a higher risk of myocarditis than Pfizer or Moderna vaccination.

The FDA’s authorization of Novavax’s boosters comes as millions of Americans have already received Pfizer’s and Moderna’s new bivalent shots that target the dominant omicron BA.5 subvariant and the original strain of Covid that first emerged in Wuhan, China in 2019.

U.S. health officials believe Pfizer and Moderna’s updated boosters will provide stronger protection against infection and disease this winter than the first generation of vaccines because they target omicron BA.5, which is causing most infections right now.

Novavax’s newly authorized booster was developed against the original strain of Covid but the company believes its protein technology provides durable protection across different variants of the virus. Novavax’s shots rely on more conventional technology used in other vaccines for decades rather than the newer messenger RNA platform used by Pfizer and Moderna.

Novavax was one of the original participants in the U.S. race to develop a vaccine in 2020 and received $1.8 billion in taxpayer money, but fell behind Pfizer and Moderna because it had difficulties getting its manufacturing in place.

The FDA authorized Novavax’s two-dose primary series over the summer in the hope that people who are skeptical of Pfizer’s and Moderna’s shots would be more willing to get immunized with the Novavax version. People ages 12 and older are eligible for Novavax’s primary series, while people 18 and over can now get its booster shot.

Only 35,300 people have received Novavax’s shots so far in the U.S., according to data from the CDC. The U.S. has secured more than 3 million doses of Novavax’s shots and 841,000 have been delivered to the states so far.

By comparison, some 372.5 million Pfizer shots, 235.8 million Moderna doses and 18.9 million Johnson & Johnson shots have been administered across the U.S. so far.