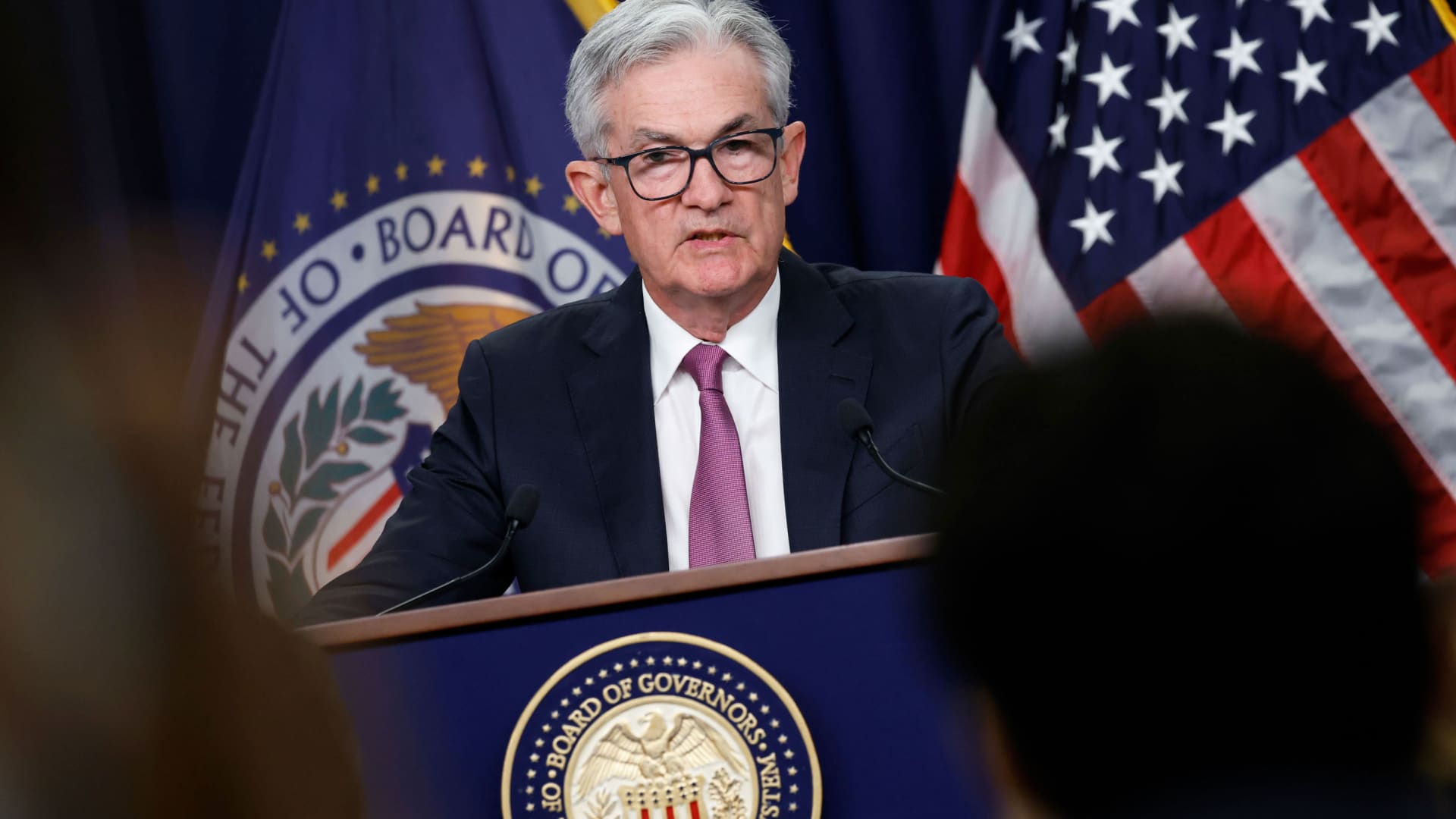 The Federal Reserve on Wednesday approved a fourth consecutive three-quarter point interest rate increase and signaled a potential change in how it will approach monetary policy to bring down inflation.

In a well-telegraphed move that markets had been expecting for weeks, the central bank raised its short-term borrowing rate by 0.75 percentage point to a target range of 3.75%-4%, the highest level since January 2008.

The move continued the most aggressive pace of monetary policy tightening since the early 1980s, the last time inflation ran this high.

Along with anticipating the rate hike, markets also had been looking for language indicating that this could be the last 0.75-point, or 75 basis point, move.

The new statement hinted at that policy change, by saying the Fed “will take into account the cumulative tightening of monetary policy, the lags with which monetary policy affects economic activity and inflation, and economic and financial developments.”

Economists are hoping this is the much-talked about “step-down” in policy that could see a rate increase of half a point at the December meeting and then a few smaller hikes in 2023.

This week’s statement also expanded on previous language simply declaring that “ongoing increases in the target range will be appropriate.”

The new language read: “The Committee anticipates that ongoing increases in the target range will be appropriate in order to attain a stance of monetary policy that is sufficiently restrictive to return inflation to 2 percent over time.”

Stocks rose following the announcement. Markets will look to Chairman Jerome Powell’s news conference at 2:30 p.m. for more clarity on whether the Fed thinks it can implement less restrictive policy that would include a less dramatic level of rate hikes to achieve its inflation goals.

Along with the tweak in the statement, the FOMC again categorized growth in spending and production as “modest” and noted that “job gains have been robust in recent months” while inflation is “elevated.” The statement also reiterated language that the committee is “highly attentive to inflation risks.”

The rate increase comes as recent inflation readings show prices remain near 40-year highs. A historically tight jobs market in which there are nearly two openings for every unemployed worker is pushing up wages, a trend the Fed is seeking to head off as it tightens money supply.

Concerns are rising that the Fed, in its efforts to bring down the cost of living, also will pull the economy into recession. Powell has said he still sees a path to a “soft landing” in which there is not a severe contraction, but the U.S. economy this year has shown virtually no growth even as the full impact from the rate hikes has yet to kick in.

At the same time, the Fed’s preferred inflation measure showed the cost of living rose 6.2% in September from a year ago – 5.1% even excluding food and energy costs. GDP declined in both the first and second quarters, meeting a common definition of recession, though it rebounded to 2.6% in the third quarter largely because of an unusual rise in exports. At the same time, housing demand has plunged as 30-year mortgage rates have soared past 7% in recent days.

On Wall Street, markets have been rallying in anticipation that the Fed soon might start to ease back as worries grow over the longer-term impact of higher rates.

The Dow Jones Industrial Average has gained more than 13% over the past month, in part because of an earnings season that wasn’t as bad as feared but also due to growing hopes for a recalibration of Fed policy. Treasury yields also have come off their highest levels since the early days of the financial crisis, though they remain elevated. The benchmark 10-year note most recently was around 4.04%.

There is little if any expectation that the rate hikes will halt anytime soon, so the anticipation is just on a slower pace. Futures traders are pricing a near coin-flip chance of a half-point increase in December, against another three-quarter point move.

Current market pricing also indicates the fed funds rate will top out near 5% before the rate hikes cease.

The fed funds rate sets the level that banks charge each other for overnight loans, but spills over into multiple other consumer debt instruments such as adjustable-rate mortgages, auto loans and credit cards.