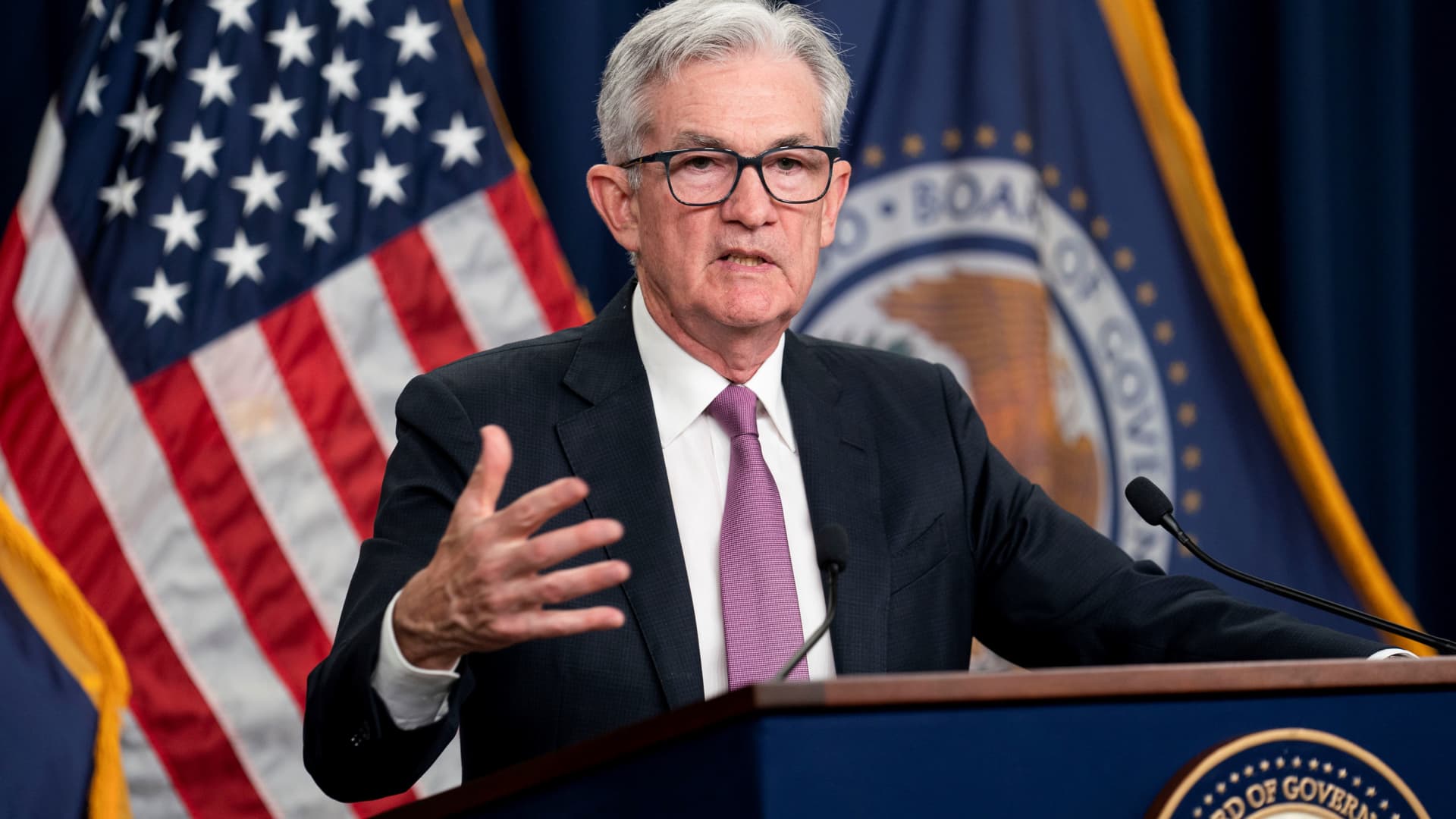 The Federal Reserve on Wednesday raised benchmark interest rates by another three-quarters of a percentage point and indicated it will keep hiking well above the current level.

In its quest to bring down inflation running near its highest levels since the early 1980s, the central bank took its federal funds rate up to a range of 3%-3.25%, the highest it has been since early 2008, following the third consecutive 0.75 percentage point move.

Stocks gave up earlier gains after the announcement, with the Dow Jones Industrial Average dropping more than 200 points. Traders were concerned that the Fed is remaining more hawkish for longer than some had anticipated.

The increases that started in March and from a point of near-zero mark the most aggressive Fed tightening since it started using the overnight funds rate as its principal policy tool in 1990. The only comparison was in 1994, when the Fed hiked a total of 2.25 percentage points; it would begin cutting rates by July of the following year.

Along with the massive rate increases, Fed officials signaled the intention of continuing to hike until the funds level hits a “terminal rate,” or end point of 4.6% in 2023.

The “dot plot” of individual members’ expectations doesn’t point to rate cuts until 2024. Fed Chairman Jerome Powell and his colleagues have emphasized in recent weeks that it is unlikely rate cuts will happen next year, as the market had been pricing.

Federal Open Market Committee members indicate they expect the rate hikes to have consequences. The funds rate on its face addresses the rates that banks charge each other for overnight lending, but it bleeds through to many consumer adjustable-rate debt instruments, such as home equity loans, credit cards and auto financing.

In their quarterly updates of estimates for rates and economic data, officials coalesced around expectations for the unemployment rate to rise to 4.4% by next year from its current 3.7%. Increases of that magnitude often are accompanied by recessions.

Along with that, they see GDP growth slowing to 0.2% for 2022, rising slightly in the following years to a longer-term rate of just 1.8%. The revised forecast is a sharp cut from the 1.7% estimate in June and comes following two consecutive quarters of negative growth, a commonly accepted definition of recession.

The hikes also come with the hopes that headline inflation will drift down to 5.4% this year, as measured by the Fed’s preferred personal consumption expenditures price index, which last showed inflation at 6.3% in August. The summary of economic projections then sees inflation falling back to the Fed’s 2% goal by 2025.

Core inflation excluding food and energy is expected to decline to 4.5% this year, little changed from the current 4.6% level, before ultimately falling to 2.1% by 2025. (The PCE reading has been running well below the consumer price index.)

Otherwise, the statement continued to describe job gains as “robust” and noted that “inflation remains elevated.” The statement also noted again that “ongoing increases in the target rate will be appropriate.”

The dot plot showed virtually all members on board with the higher rates in the near term, though there were some variations in subsequent years. Six of the 19 “dots” were in favor of taking rates to a 4.75%-5% range next year, but the central tendency was to 4.6%, which would put rates in the 4.5%-4.75% area. The Fed targets its fund rate in quarter-point ranges.

The chart indicated as many as three rate cuts in 2024 and four more in 2025, to take the longer-run funds rate down to a median outlook of 2.9%.

Markets have been bracing for a more aggressive Fed.

The moves come amid stubbornly high inflation that Powell and his colleagues spent much of last year dismissing as “transitory.” Officials relented in March of this year, with a quarter-point hike that was the first increase since taking rates to zero in the early days of the Covid pandemic.

Along with the rate increases, the Fed has been reducing the amount of bond holdings it has accumulated over the years. September marked the beginning of full-speed “quantitative tightening,” as it is known in markets, with up to $95 billion a month in proceeds from maturing bonds being allowed to roll off the Fed’s $8.9 trillion balance sheet.