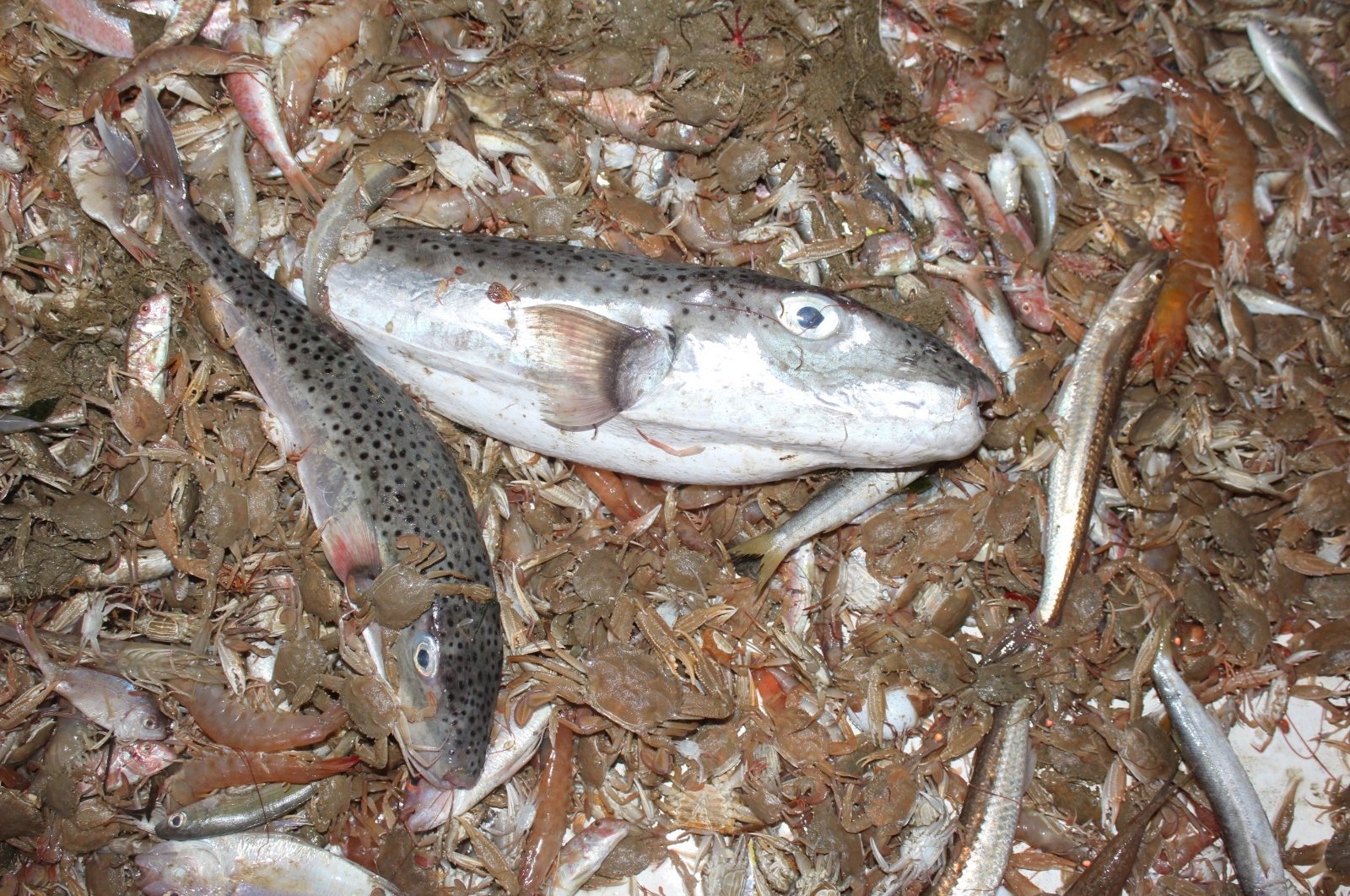 The Ministry of Agriculture and Forestry announced that more than 5 million poisonous toadfish were prevented from “entering the marine ecosystem” of the country. Minister Vahit Kirişci told Anadolu Agency (AA) on Sunday that their incentives help curb the number of invasive species. “Our payments both help to keep the ecosystem clean and give extra income for our fishermen,” Kirişci said.

Turkey has recently raised payments from TL 5 ($0.28) to TL 12.5 for each fin of toadfish fishermen caught. The silver-cheeked toadfish has proliferated in Turkish waters in recent years, escalating concerns both for marine life falling prey to the species as well as swimmers.

The innocuous-looking fish, which grows to roughly 50 centimeters (19.69 inches), surged in numbers in the Mediterranean Sea and holidaymakers reported close encounters with the fish this summer. The species is native to the Indian and Pacific oceans. Touching the fish can cause serious burns on the skin while consumption can be outright fatal.

Kirişci said that their incentives also covered similar species of silver-cheeked toadfish and they paid TL 2.5 for those species as well. The scheme goes back to 2020 and since then, the ministry reported they made payments for more than 56,000 toadfish.

Official figures point to trouble for Turkey’s diverse ecosystems, with more invasive fish species now calling the country home. In the country’s seas, 540 “alien” species and 105 invasive species were discovered. A 2020 census by the Directorate of Nature Protection and Natural Parks indicates 14 species were among the world’s worst. The study by the state-run body is part of a project funded by the Global Environment Facility Trust Fund and the United Nations Development Programme (UNDP) for the assessment of the threat posed by invasive species to marine biodiversity areas. The project aims to prevent the entry of invasive species into different ecosystems while overseeing their control and management.

In the waters of the Mediterranean Sea along the Turkish coast, the number of invasive species has exceeded 1,000. Turkish territorial waters in the Mediterranean have the highest number of invasive species in the country, at 413. In the Aegean Sea, 253 species were detected while this number was 124 and 28 for the Marmara and Black Seas, respectively.

Invasive species find their way into Turkish waters in a wide variety of ways. Some are legally or illegally brought into the country for aquaculture, for recreational purposes or to be kept in aquariums. Others enter the Mediterranean via the Suez Canal and ballast water discharge of ships arriving in the country from all around the world.