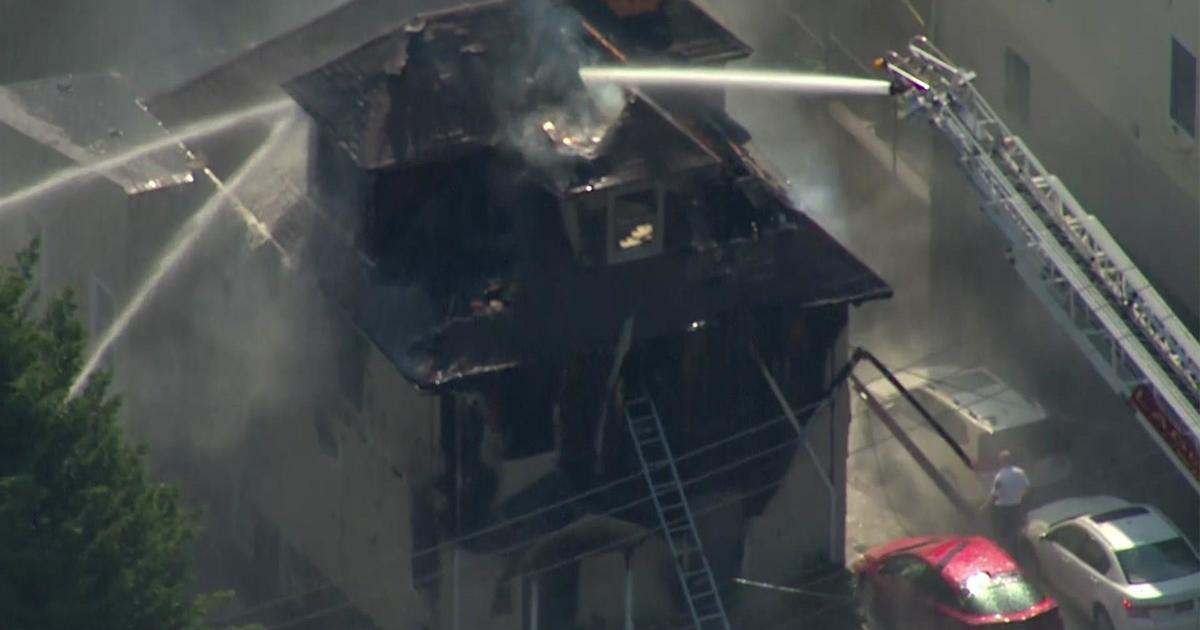 Chopper 2 flew over the house on Hale Avenue in White Plains around 9:30 a.m. Tuesday.

Firefighters used ladders to reach the flames on the upper floors, which were already blackened from the fire.

Officials said at least seven people were injured, and six of them were hospitalized.