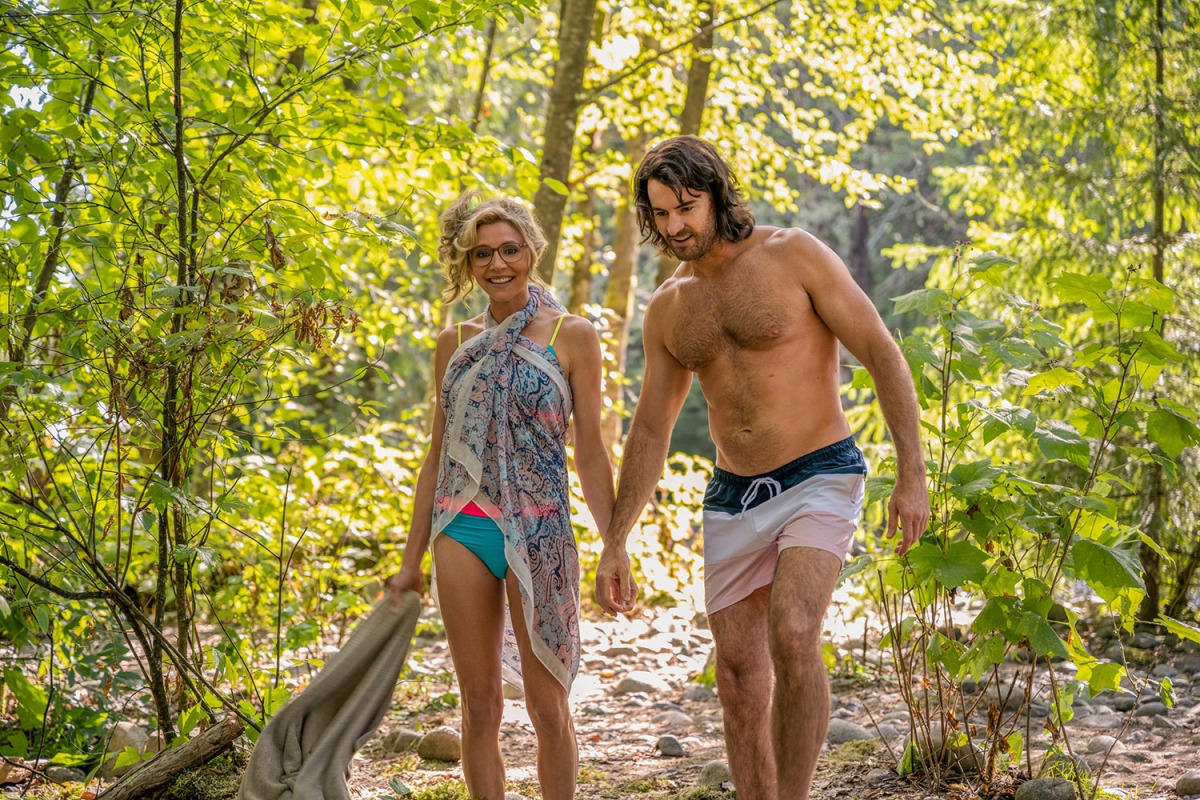 Netflix‘s Firefly Lane primarily tells the story of the 30-year friendship between Tully Hart and Kate Mularkey. However, another prominent relationship in the series is the romance between Kate and Johnny Ryan. Many fans have rooted for the couple throughout the ups and downs of their relationship, even after their divorce in season 1. It’s clear in Firefly Lane Season 2 that Kate and Johnny are still in love, but do they get back together? Here’s a look at their relationship timeline and where they end up in season 2.

Kate (Sarah Chalke) and Johnny (Ben Lawson) have an on-and-off relationship dating back to the ’80s. Fans see much of their early relationship in season 2 part 1.

Kate and Johnny first met when Tully (Katherine Heigl) convinced Johnny to give Kate a job alongside her best friend at the KPOC news station in Washington. At first, Johnny had feelings for Tully, but he later fell in love with Kate. They officially started dating during their time at KPOC, and Kate was head-over-heels for Johnny. Johnny also professed his deep love for Kate in a cheesy yet seriously romantic speech in the pouring rain.

Kate and Johnny dated for a few months, but Kate broke up with him when she realized they didn’t agree on marriage or kids. Eventually, Kate started dating a British man named Theo (Oliver Rice). At the end of season 2 part 1, Kate and Theo embarked on a trip to Europe. Johnny tried to stop Kate and confess that he made a mistake letting her go, but he was too late.

Fans have not yet seen how Johnny and Kate got back together. However, we already know from the future timelines that they ended up getting married and having their daughter, Marah (Yael Yurman), sometime in the ’90s. Unfortunately, their marriage didn’t last. Kate and Johnny got divorced in the early 2000s in Firefly Lane Season 1.

Do Kate and Johnny get back together after their divorce in ‘Firefly Lane’ Season 2?

But all hope is not lost for Kate and Johnny shippers. In the “present day” timeline after their divorce (2004-ish), Johnny returns to Seattle following the explosion in Iraq. He moves back in with Kate and sleeps on her couch while he recovers from his injuries. However, they still aren’t back together romantically. In fact, Johnny seems to have a romance with Lottie/Charlie (India de Beaufort), who used to work with Kate, Johnny, and Tully as an intern at KPOC.

Johnny experiences severe PTSD and starts drinking heavily after his return from Iraq. Kate encourages him to go to therapy, but he initially refuses. However, he eventually agrees and learns to have a healthier dynamic with Kate.

Johnny and Kate both still have feelings for each other, but they push their feelings aside until the Fourth of July party at Kate’s house. They finally admit they’re still in love and kiss before announcing that they’re getting back together.

At the end of Firefly Lane Season 2 Part 1, Johnny repeatedly asks Kate to marry him again, but she fears the marriage will fail again. Finally, while decorating a Christmas tree in 2005, Johnny proposes one more time. Kate finally says yes — well, she says, “F*** it.”

In an interview with Deadline, Sarah Chalke spoke about Kate and Johnny’s relationship and that “sweet” proposal.

“I thought it was such a sweet scene. I kind of love how the tables were turned a little bit. Kate always felt like she was the one who wanted it more and then now this is something that’s really important to him, and he doesn’t want to mess things up. And so I love how sweet it was, and I loved his proposal and I loved that her answer was ‘f*** it,’” Chalke shared.

Fans will have to wait and see what’s next for Kate and Johnny, especially in light of her cancer diagnosis. Firefly Lane Season 2 Part 1 is now streaming on Netflix. Season 2 part 2 premieres on June 8, 2023.