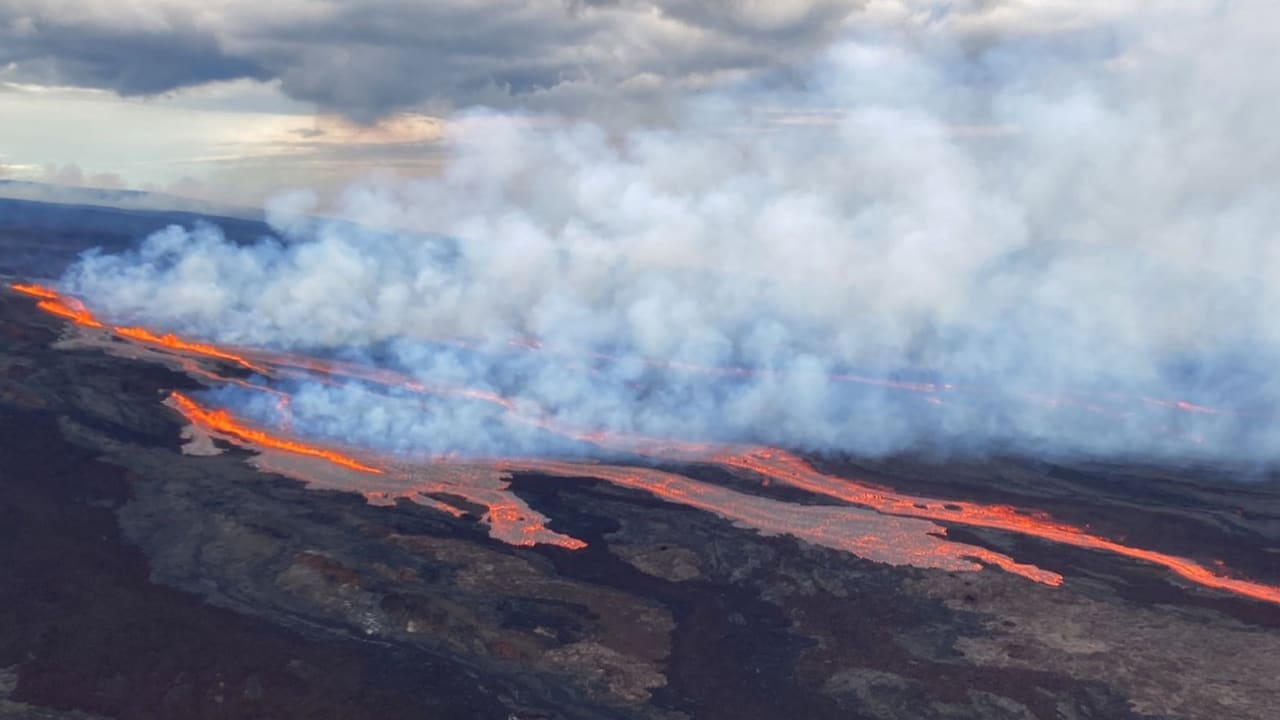 Hawaii trembles before a volcanic catastrophe.

Waves of orange, glowing lava erupt from Mauna Loa on Hawaii’s Big Island. After a dormant phase of almost 40 years, the world’s largest active volcano has erupted again. When it erupted most recently in 1984, a 25-kilometer lava flow flowed close to the island metropolis of Hilo (44,000 inhabitants).

It’s not that bad at the moment. But even if the current eruption is so far limited to the crater Moku’aweoweo on the almost 4100 meter high summit, the authorities are already warning. The population should prepare for the worst, so the US earthquake monitoring station USGS. After the first report on Sunday, the eruptions continued on Monday morning (local time).

According to the USGS, past eruptions of Mauna Loa have shown that volcanic eruptions are very dynamic, especially in the early stages, and that the extent of the lava flows can change quickly. In addition, winds could carry volcanic gases and ash toward inhabited areas.

There is currently no acute danger from lava flows for communities located down the slope. However, islanders who have their homes in the immediate vicinity of the volcano should already be prepared for possible evacuations.

For the 200,000 residents of Hawaii Island, as “Big Island” is actually called, the fear of another volcanic catastrophe is omnipresent. The “smaller” Kilauea had already erupted in 2018. Back then, masses of lava and rock caused devastating damage, destroyed houses and roads, and severe earthquakes shook the entire Hawaiian archipelago. Around 2000 people had to be evacuated. Since then, Kilauea has repeatedly spat out glowing red lava, although without any consequences for the population.

According to the Hawaii Volcano Observatory, the much larger Mauna Loa, which covers half of the approximately 10,500 km² island, has already erupted 33 times – the last time almost 40 years ago.