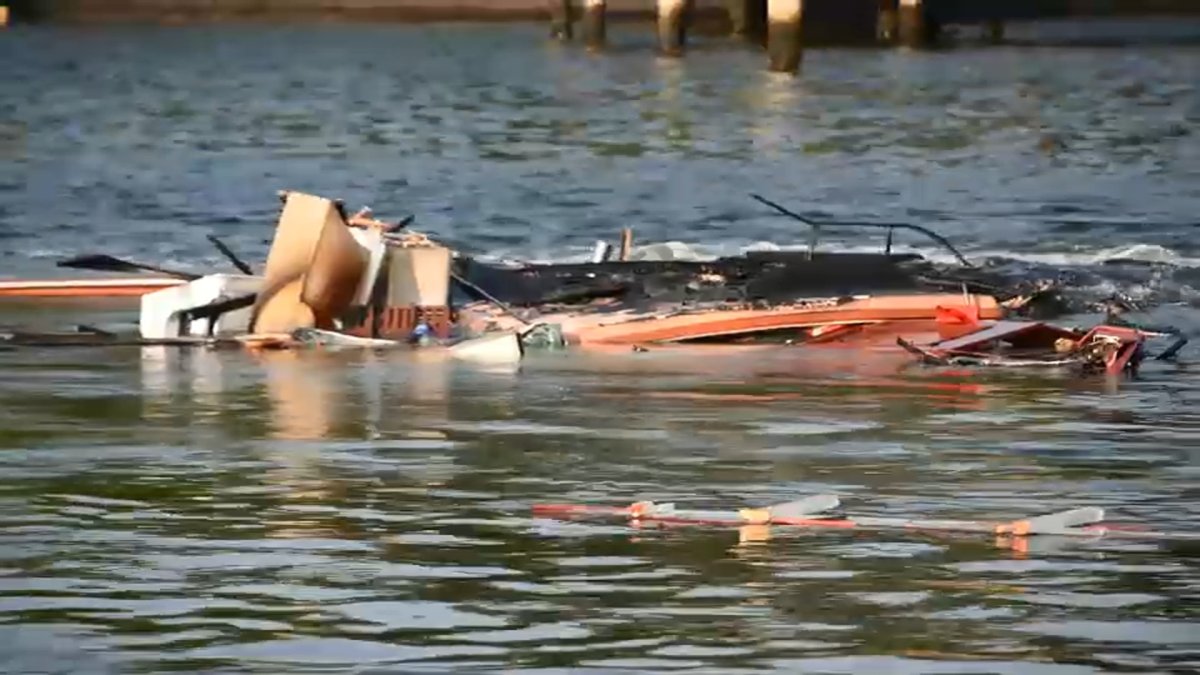 Five people were hurt after a boat exploded in the waters off the South Shore of Long Island Friday evening, police said.

Six men were aboard the vessel in the water off Babylon Village just before 5 p.m., according to Suffolk County officials. As they were on board the oat in a canal near Shore Road, there was an explosion, injuring five of the men.

One of the blast victims suffered serious injuries and was taken to Stony Brook University Hospital. The other four were also taken to nearby hospitals, but all are expected to survive.

In the aftermath of the explosion, parts of the boat could be seen still floating in the water, with other parts under water. Crews worked into the night to recover debris from the water.

It was not clear what caused the explosion. An investigation is ongoing.