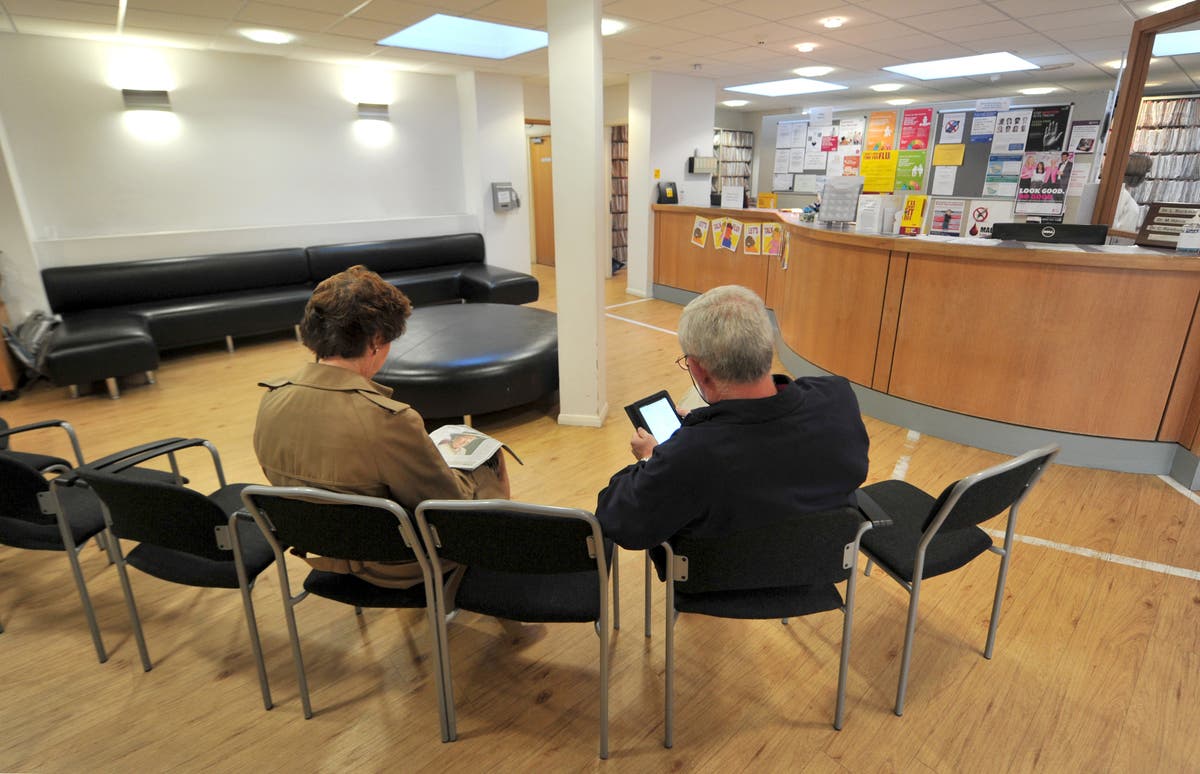 Get our free Health Check email

The Labour party, which studied figures from the GP Patient Survey, warned the struggle to see a doctor will mean many patients will not have serious medical conditions diagnosed until it is “too late”.

According to the survey, some 13.8 per cent of patients, or around one in seven, did not get an appointment the last time they tried to book one.

With almost 32 million GP appointments reported in England in October, the party said it means that more than five million people could have been unable to book a GP appointment when they tried to make one that month.

October saw GP surgeries carry out the highest number of appointments since records began in 2017, despite a depleted work force.

The latest data shows the number of full-time GPs has dropped more than 6 per cent since 2015, down from 28,590 to 26,791, and the Royal College of General Practitioners (RCGP), the profession’s representative body, estimates that increased workloads will lead doctors to leave surgeries far faster than replacements can be trained.

Labour’s shadow health secretary Wes Streeting said, per Labour List: “Patients are finding it impossible to get a GP appointment when they need one. I’m really worried that among those millions of patients unable to get an appointment, there could be serious conditions going undiagnosed until it’s too late. Twelve years of Conservative failure to train the staff our NHS needs has left it with thousands fewer GPs, and patients are paying the price. Meanwhile they are protecting the non-dom tax status, allowing people who live in Britain to pay their taxes overseas. We need doctors and nurses, not non-doms. The next Labour government will train a new generation of doctors and nurses, paid for by abolishing non-doms. Patients need doctors’ appointments more than the wealthiest need a tax break.”

The RCGP said the latest figures reflected a profession under extraordinary restraint. Professor Kamila Hawthorne, chair of the RCGP, said in a statement: “GPs and their teams are working flat out to deliver the care and services our patients need. GPs want our patients to receive timely and appropriate care, and we share their frustrations when this isn’t happening. But difficulties accessing our services isn’t the fault of GP teams, it’s a consequence of an under-resourced, underfunded, and understaffed service working under unsustainable pressures.”

A Department of Health and Social Care spokesperson said, per PA Media: “This analysis is inaccurate. This survey was published in July this year using indicative data and since then it’s been confirmed there were 36 million appointments carried out in October, a 5.3 per cent increase on the same time last year. We are improving access to general practice so everyone who needs an appointment can get one within two weeks – including by recruiting more support staff and rolling out state-of-the art telephone systems to make it easier to get through to surgeries.”