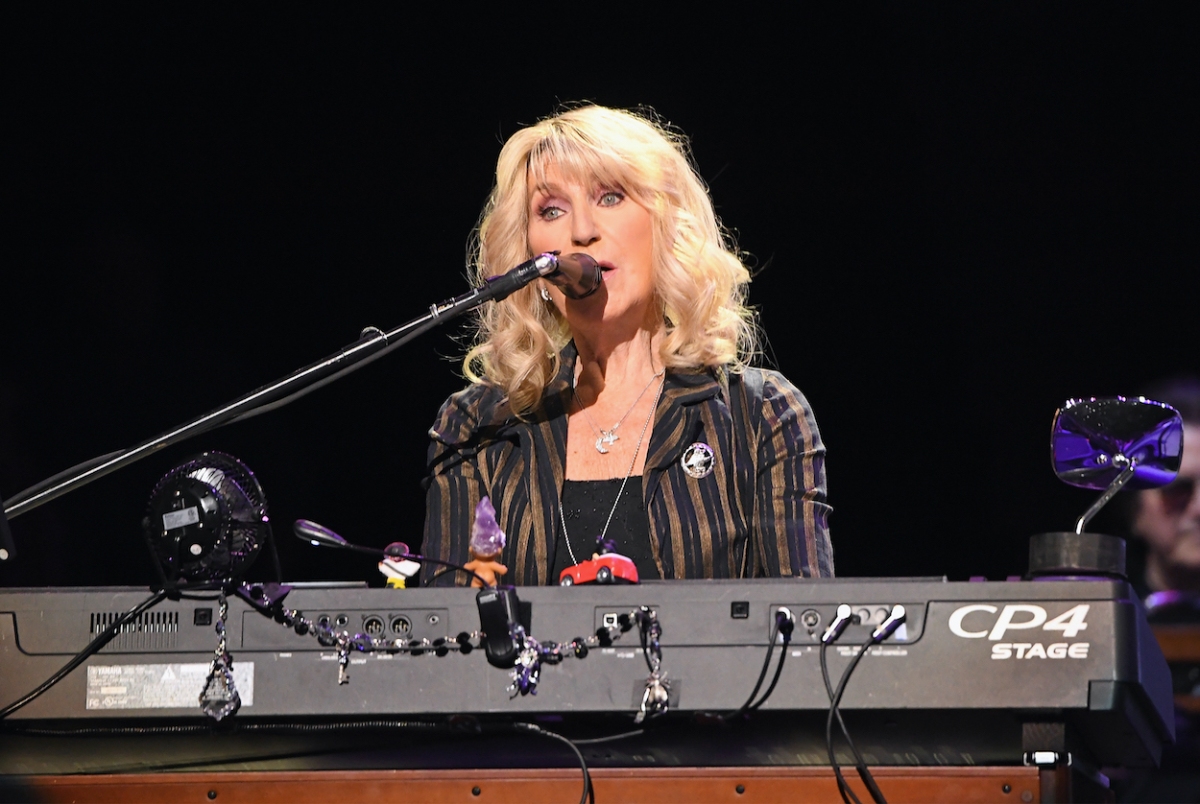 The music world lost a star when Christine McVie died at 79 on Nov. 30, 2022. The longtime Fleetwood Mac singer and songwriter penned several hits and the song bandmate Mick Fleetwood wants played at his funeral; the tender ballad would be a perfect fit at McVie’s farewell, too. McVie possessed a substantial net worth at the time of her death thanks to decades of writing hit songs for an incredibly popular band and one business decision she made in 2021.

Fleetwood Mac’s only No. 1 song belonged to Stevie Nicks, and McVie called the tune boring. Yet in a band that included Lindsey Buckingham during its peak years, McVie held her own with the other expert songwriters. McVie wrote or co-wrote several of Fleetwood Mac’s charting singles:

“Little Lies” and “Hold Me” reached No. 4 on Billboard’s singles chart, and “You Make Loving Fun” peaked at No. 9 in 1977. McVie also sang the Fleetwood Mac song that came back on the charts nearly 30 years after it came out. The Mac’s Mother Teresa figure also cut several solo albums during her career.

The solo work combined with her work in Fleetwood Mac contributed to McVie’s impressive net worth at the time of her death.

McVie’s net worth surpassed $100 million when she died

RELATED: Fleetwood Mac: Which Band Member Has the Highest Net Worth?

Earning songwriting credits can be the most lucrative part of the music industry. It allows artists to earn royalties when songs are licensed or played on the radio.

McVie wrote or co-wrote 53 songs that Fleetwood Mac recorded, according to the American Society of Composers, Authors, and Publishers. Those songwriting credits helped her amass a sizable net worth before she died.

McVie’s net worth at the time of her death was $105 million, according to Celebrity Net Worth.

A large portion of her net worth could have come from selling her songwriting catalog in 2021. Variety reported she sold full control of her songs for an undisclosed amount, but the publication noted that Nicks netted $100 million for a similar deal.

How Stevie Nicks reacted to the singer’s death

Fleetwood Mac earned a reputation for intraband tension and interwoven relationships. McVie didn’t escape those dalliances. Still, she formed a close friendship with Nicks, the only other female in the group.

Nicks reacted to McVie’s death with a touching tribute on her Instagram. She shared images of a handwritten note that included the lyrics to the HAIM song “Hallelujah.” Nicks’ note ended with, “See you on the other side, My Love. Don’t forget me. Always, Stevie.”

She married bassist John McVie in the late 1960s, but the strain of being in the same band brought an end to their relationship in 1976. McVie once admitted they might have remained a couple had she not joined Fleetwood Mac. She married Eddy Quintela in 1986; they divorced in 2003.

Even though the band effectively ended her first marriage and she never had kids because of her commitment to her music career, McVie said she remained happy in Fleetwood Mac. She brought happiness to Mac fans with her music, which in turn helped McVie’s net worth soar to $105 million.