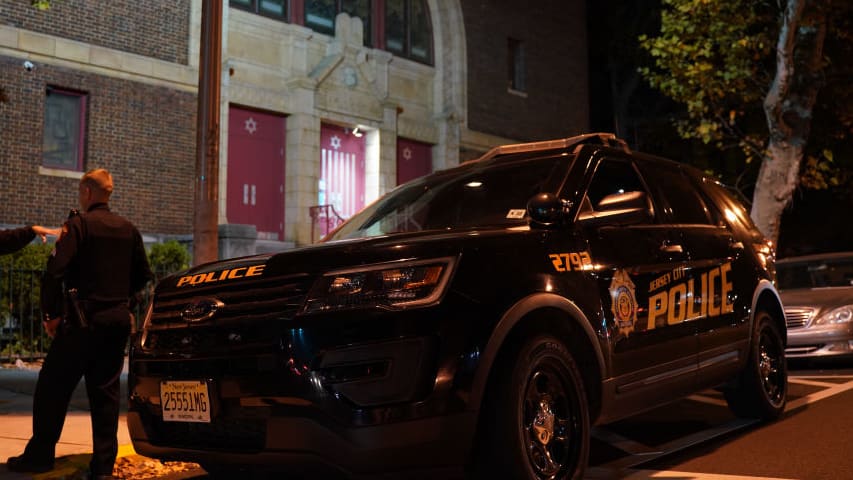 A Florida college student was arrested Thursday for allegedly attempting to conceal online chats he had with a New Jersey man facing federal charges for allegedly plotting a series of synagogue attacks.

Christopher Raymond Joseph, an 18-year-old student at the University of South Florida (USF), now faces one count of altering or destroying records in a federal investigation. Of his apparent online persona, Joseph told the FBI he was just “LARPing,” or “live action role playing,” as a terrorist, according to a criminal complaint unsealed Thursday and first obtained by The Daily Beast.

But the charge against him is very real, and could put Joseph—who the feds say had access to guns—behind bars until he’s nearly 40.

Joseph’s troubles stem from an interview he had with the FBI in November, during which agents say they saw him delete messages he had exchanged on his phone with Omar Alkattoul, also 18, who was arrested last month on suspicion of planning attacks in his home state. In their conversations online, Alkattoul told Joseph that he had been in touch with members of Al Qaeda and discussed potential attacks against a synagogue or gay club, according to the complaint.

Joseph’s court-appointed lawyer, Adrian Burden, did not respond to a request for comment on Thursday. A spokesperson for the University of South Florida declined to comment. Joseph’s father, Raymond, did not return a voicemail left Thursday afternoon seeking comment.

Joseph appeared on the FBI’s radar following Alkattoul’s arrest in November, when investigators searched Alkattoul’s phone for evidence. On it, the complaint states agents found an Oct. 29 message “via an encrypted messaging application” to Joseph, who was listed in Alkattoul’s contacts as “C.J.”

After Alkattoul’s arrest, his father told The Daily Beast that his son had been “talking with bad people on the internet.”

The complaint does not specify how Alkattoul and Joseph first linked up online or if they ever met in person. But it says that when agents interviewed Alkattoul, he said he knew “CJ” lived in Florida because he “got a week off from school” after Hurricane Ian. He further stated that Joseph, whose mother is Syrian, was “‘LARP-ing’ as an ISIS supporter or al Qaeda (AQ) sympathizer.”

FBI agents subpoenaed online and phone records to identify and locate “C.J.,” and on Nov. 5, went to USF to question Joseph, according to the complaint.

There, Joseph insisted that he was only pretending to be an ISIS supporter, and that he had no intention of actually committing a terrorist act. Joseph told the agents that he used one unidentified social media platform among various others for “LARPing and/or talking about racist stuff,” and that he “follows pro-ISIS channels and that he views videos encouraging others to join ISIS,” the complaint states.

Over the course of the 42-minute conversation, Joseph also “voluntarily agreed to take agents to his dorm room to view the contents of his phone” but an agent allegedly saw Joseph surreptitiously erase one of the many large blocks of online conversation between him and Alkattoul—which is what ultimately did Joseph in.

According to the feds, the messages Joseph scrubbed—which the FBI had already copied when they seized Alkattoul’s phone—included Alkattoul discussing how to obtain guns and ammo.

Joseph subsequently terminated the voluntary interview when one of the agents confronted him with a message that referreed to “an individual traveling to Afghanistan and committing jihad,” the complaint states.

However, Joseph soon had second thoughts and ran outside to speak to the agents before they left campus. Joseph told the agents that he and Alkattoul began chatting about a year-and-a-half ago, and that Alkattoul “slowly became radicalized,” the complaint states.

Still, Joseph said he never really thought Alkattoul was serious. He then agreed to hand his phone over again to agents, who noticed that one of the chat threads they had seen earlier was no longer there. When asked why he deleted it, Joseph replied that he “did not want to get in trouble,” and that he felt “embarrassed,” according to the complaint.

Joseph also admitted to making a call to Alkattoul after walking out of the earlier interview with agents. Alkattoul hadn’t answered, according to the complaint.

A forensic extraction of the phone’s contents turned up one deleted conversation in which Joseph told Alkattoul that he wanted to get a concealed carry permit, and that he preferred “shotguns over rifles,” according to the complaint.

In October, Joseph searched online for the requirements necessary to purchase a gun legally in Florida as well as Alkattoul’s home state of New Jersey, the complaint continues.

“Joseph also searched for ammunition, specifically 7.62×39 and 223 ammunition, on the Lucky Gunner website,” the complaint goes on.

Two days before Joseph was interviewed by the FBI, he allegedly tweeted, “As an ISIS recruiter I ask you to remove all your songs from different platforms before serious consequences happen.”

After the FBI interview on Nov. 6, Joseph allegedly tweeted, “Oh shit wait did I say that right? What does condone mean?? Do I say condone or don’t condone??? Whatever…. New statement—I DO NOT SUPPORT TERRORISM OR ANY TERRORIST GROUP EVERYTHING I SAY ONLINE THAT PROVES OTHERWISE IS BECAUSE THEY WERE JOKES AND I WAS LARPING.”

However, the complaint points to a tweet Joseph allegedly posted on Nov. 9, 2020, which said, “I’m READY,” along with a “picture of a weapon with a sticker on the magazine of the weapon.”

It adds, “The same picture of the weapon appears several other times on Joseph’s Twitter, specifically again on November 7, 2020, where Joseph is replying to another user and tweets, ‘I have guns in my shed.”