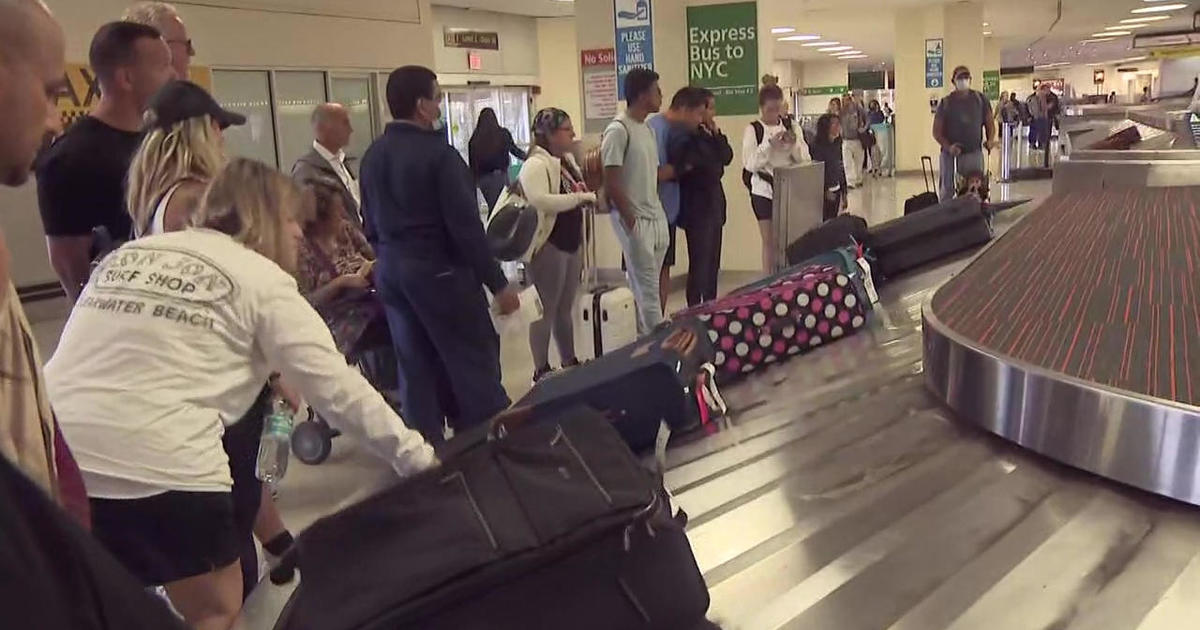 NEWARK, N.J. — As Hurricane Ian gains strength along the Gulf of Mexico, some Floridians have started to hunker down, while others have opted to leave.

CBS2’s Kevin Rincon caught up with a few on Tuesday who flew here to the Tri-State Area.

The weather in our area is nothing like what’s to be expected in the coming hours down in Florida, and while that state is accustomed to hurricanes, this one, many say, is different.

“If it does hit where it’s supposed to hit, yes, our house will be gone and the entire peninsula of South Tampa will be gone,” Tampa resident Rick Ancona said upon arriving at Newark Liberty Airport.

Ancona left his home in the morning and came with his 3-year-old dog, Axel, in order to avoid the hurricane.

“It was a little bit of chaos the last two days because of the evacuation orders,” Ancona said.

He has called Tampa home for more than two decades. He said he has never suffered any real storm damage before, but is fearful this one could change all of that.

And he’s not alone.

“I’m a little bit worried about what I’m going to go back to, a little bit scary. I don’t know. You just prepare for the worst. What can you do?” Tampa resident Ron Cook said.

Cook was on a plane that arrived at Newark Liberty morning. He said it was full of people feeling lucky to be anywhere but in the path of Ian.

“I was glad we were able to get out,” one woman said.

“If we would have left tomorrow, we wouldn’t have made it,” a man said.

“In fact, I put my hurricane shutters down, and one of them didn’t come down, so they had to come out and make an emergency to bring that down, but I feel relatively safe. I’m on the sixth floor,” he said.

“So I had to put everything on the top shelves in my closet. I have all my paperwork and everything that’s important in my life, and here I am,” another person said.

As Ian moves past Cuba, leaving a path of destruction behind, it’s gaining strength. Radar shows a monster storm with clouds blanketing the entire state of Florida.

“We got out just in time. Everyone is boarding up and getting prepared,” said Michael Esposito of Belleville, New Jersey.

Esposito and his wife, Marianna Valli, are no strangers to storms.

“Last year, we had Hurricane Ida and I was flooded out, and I don’t want to experience that again,” Valli said.

JBS USA BrandVoice: How Companies Can Invest In Rural Communities To Help Them Thrive