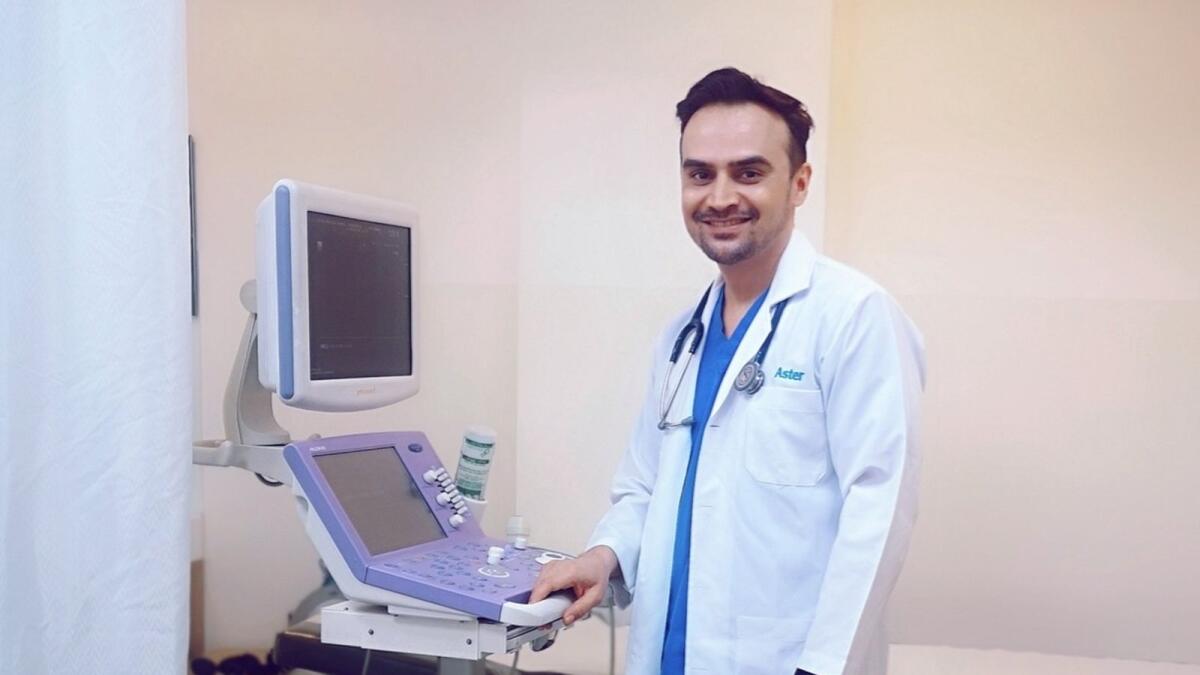 ‘I saw death in front of my eyes,’ says one doctor

When the world was hit by the pandemic, it induced a sense of fear in people around the world. Countries and cities worldwide went under lockdown, and hospital employees worked round the clock to ensure the safety of residents. Many Covid-19 warriors were severely affected by the disease but kept their spirits high in fighting the virus – even when infected.

“I saw death in front of my eyes,” said Dr Srinivasan Ravindranath, a specialist cardiologist at Aster Clinic, Al Muteena. He contracted Covid during the second wave of infection in the UAE, which he suspects to have contracted from a patient. Dr Ravindranath fell severely ill and was hospitalized for over a month. Even after his recovery, he was plagued with post-Covid complications for a year.

After getting jabbed with the first dose of the vaccine, the doctor was down with fever and experienced chills accompanied by severe fatigue and body ache.

“My health was deteriorating, and I was extremely tired. That is when I tested for Covid-19, and the result came positive. Later, I started experiencing shortness of breath along with high-grade fever. When I checked, my oxygen saturation levels were dropping. That’s when I informed my team and was admitted to Aster Hospital, Qusais,” the doctor recalled.

Subsequent tests revealed that Dr Ravindranath had pneumonia, and his lungs were severely infected. “Breathing difficulty aggravated, and I was shifted to the ICU. My oxygen saturation dropped to serious levels of 60, and I was on a high flow of oxygen support. I was conscious but extremely tired. I did not have the energy to even speak,” added Dr Ravindran. Even after recovering from Covid-19, Dr Ravindranath continued to face severe complications with breathing difficulty and complained of severe mental stress. “I found it difficult to concentrate. I experienced one or the other difficulties every time. Sometimes, I struggled with diarrhoea, headache, and many other difficulties,” said Dr Ravindranath.

Another frontline worker, Dr Dhanaraja Devadiga, hailing from the Indian state of Karnataka, is a General Practitioner in the intensive care unit at NMC Speciality Hospital, Abu Dhabi. He played an active part during the pandemic at his hospital.

Being on the frontline at the ICU, and despite taking all precautions, he complained of having symptoms of Covid-19. He experienced fever, headache, and muscle pain with a sore throat in April 2020 during the deadly first wave.

Not having his family here with him, he had to battle it all by himself and received encouragement from his colleagues. “Initially, I was a bit worried and anxious about my recovery as, at that time, there was no definitive treatment, and the only way was to improve one’s immunity,” said Dr Devadiga.

“So, I followed our dietitian’s advice to improve my immunity. Fortunately, within two to three days, I recovered significantly, and I was very confident that I would recover fully and get back to work”, said Dr Devadiga, who joined back after the required isolation period.

Jobish Gopinathan, a 33-year-old registered nurse at Aster Hospital, Mankhool, contracted Covid-19 in January 2021. Head nurse at the emergency department of the hospital, he led the nursing team and was the first in line to treat people with Covid-19.

He was admitted to the hospital and saw a slight improvement in his condition. Following this, he was shifted to the isolation facility of the Dubai Health Authority.

“My respiration was very poor. I was on high oxygen supply. The condition became so bad that the doctors shifted me to CPAP ventilation. I was lying in a prone position for days. It was the only way I could breathe,” said Gopinath.

Being in the ICU for a long resulted in other problems Gopinathan’s blood supply was not proper. “It caused some neurological issues,” he added.

It took over a month for Gopinathan to improve and breathe on his own. Though he was out of the ventilator, he could not move or walk. “I could only walk less than 10 meters. I would be exhausted and gasped for breath. The nursing and the physiotherapy team worked hard to improve the strength of my limbs. My right leg had a neuropathy issue. It lacked the strength, and I could not move it. It was after continuous physiotherapy for months that I could start walking properly,” said Gopinathan.

Rinku Mathew, 30-years-old, an ICU nurse at Thumbay Hospital, Ajman, was down with Covid in September 2020. But, sadly, the covid symptoms still haunt her.

When she contracted the disease, she sent her 2-year-old child to her home town and saw him only once in the last two years. Post Covid-19, she developed skin rashes and diarrhoea for a couple of months. “I had to consume steroids for skin rashes, which had made me put on a lot of weight, nearly 10 kilograms, which persists,” said Mathew.

Mathew said that the symptoms was very severe for her as she was overworked. “Being an ICU nurse, we are designated for one patient, but during Covid, it was one nurse for seven patients, which made my symptoms very severe,” said Mathew.

Mathew has resumed her duties, but with many long Covid symptoms.